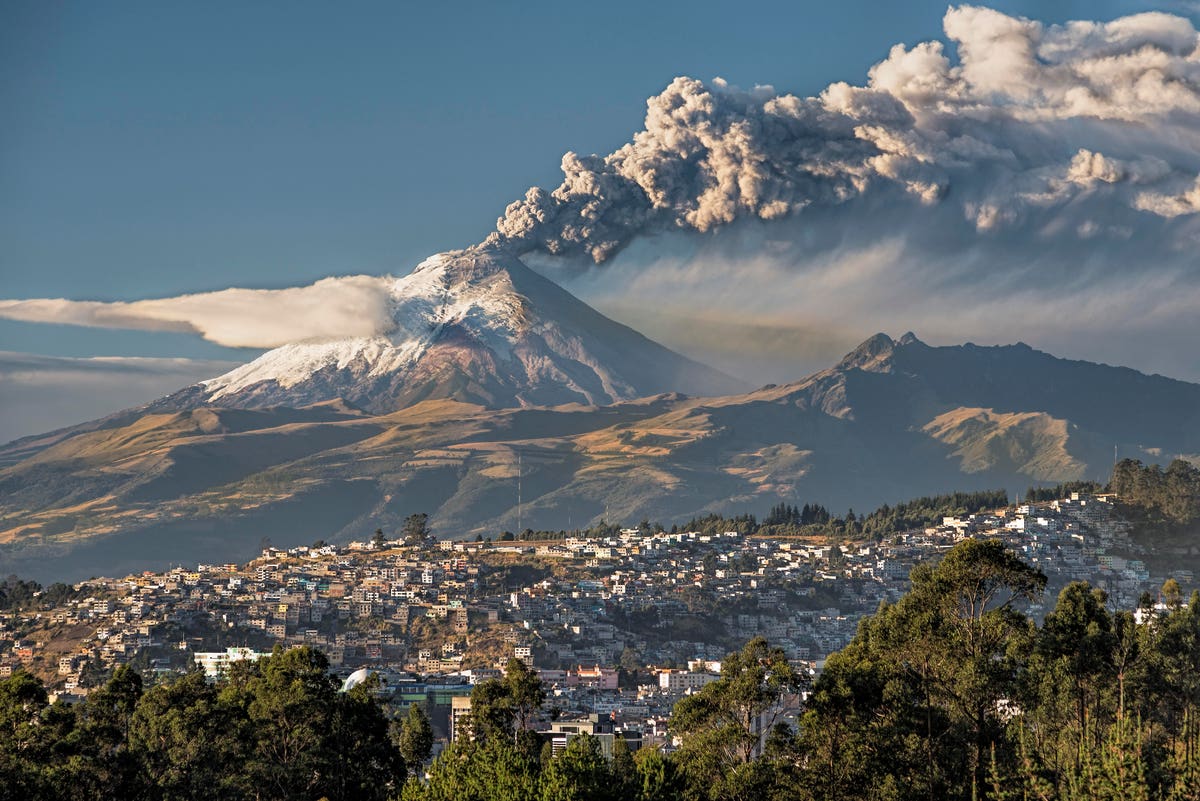 Volcanoes have played a larger role in changing the climate than previously thought, and their climatic effects may have contributed to past societal and economic change.

Studying the growth rings of more than 9,000 living and dead trees, a study published in the journal Dendrochronologia reconstructed the summer temperatures in North America and Eurasia for the last 2,000 years.

The researchers then compared the occurrence of colder and warmer periods with known volcanic eruptions. Previous observations suggested that the effect of volcanoes on the global climate is punctuated and short, lasting just a few years. However, the new study shows how the effects of a series of volcanic eruptions add up over time, causing a long-lasting effect on global temperatures, at least before humanity started to change the climate.

Large volcanic eruptions can lower global average temperatures. The main factor is the amount of sulfur emitted during the eruption that reaches the higher layers of Earth’s atmosphere, where sulfur-compounds form a mist of minute particles and droplets that block some sunlight from reaching the surface. The reduced incoming radiation causes temperatures to drop, resulting in shorter growing seasons and reduced harvests. Poor harvests and cold weather can lead to famine, disease, conflict and migration. The study shows how periods characterized by more active volcanism often coincided with times of conflict and economic decline in past civilizations.

“Many factors come into play—politics, economics, culture. But a big eruption that leads to widespread declines in grain production can hurt millions of people. Hunger can lead to famine, disease, conflict and migration. We see much evidence of this in the historical record,” so volcanologist and study co-author Clive Oppenheimer.

A series of volcanic eruptions in 46 and 44 BCE was followed by droughts and poor harvests in Ancient Egypt. Historic texts document a period of famine, disease and land abandonment, leading into a religious and political crisis. Erupting volcanoes caused a dramatic cooling in Europe in the year 536, coinciding with a time of general crisis and local catastrophes with estimated 25 to 50 million of victims.

A period with relatively warmer summers and plentiful harvests helped the Roman Empire to sustain a large population and army, allowing its expansion. A relatively constant warmth during medieval times helped to feed the growing population in Europe and China. Most European urban centers date back to the 12th and 15th century, and in 14th century China the ruling Ming dynasty established a period of political stability and economic growth.

Ulf Büntgen from Cambridge’s Department of Geography and the study’s lead author notes that “While nothing about the future is certain, we would do well to learn how climate change has affected human civilization in the past.”

Today global temperatures are rising at unprecedented rates and most of the warming occurred in the past 35 years. As the human-induced climate change accelerates, extreme events, such as floods, drought, storms and wildfires, will become more frequent.