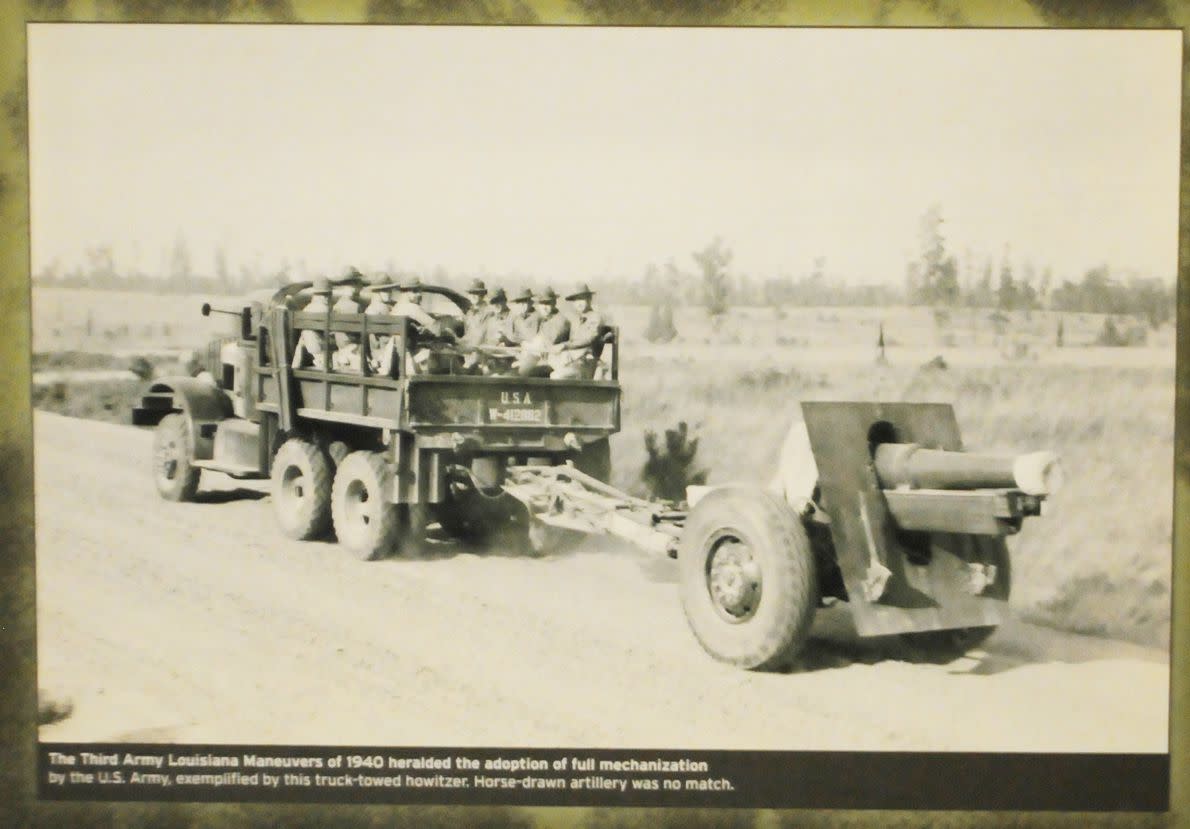 WASHINGTON — The U.S. Army is in the midst of conducting what Army Futures Command Commander Gen. Mike Murray is calling “this generation’s digital Louisiana Maneuvers” in the Arizona desert, as the service aims to bring key technologies together designed to fight across air, land, sea, space and cyber.

The famed Louisiana Maneuvers, a series of mock battles during World War II, were designed to figure out how the United States could use its existing technology to fight in a fundamentally different way against the German military’s airplanes, radios and tanks.

“It was a combination of those three technologies and how the Germans put it together to execute what we call Blitzkrieg” that was “fundamentally different” than any of the capabilities the Allied forces, to include the U.S., brought to the battlefield, Murray told Defense News in an exclusive interview.

In 2020, there are three key technologies that when paired together in novel ways can provide a strong advantage against possible conflict with near-peer adversaries, according to Murray: artificial intelligence, autonomy and robotics in the air and on the ground.

“To make those three work in a digital environment, you have to have an underlying robust and resilient network,” Murray said, “and you have to have a data architecture and the data and the talent to put all that together.”

Enter Project Convergence, the Army’s weekslong “campaign of learning” to bring together the weapons and capabilities it envisions fighting with in the 2030s and beyond in a seamlessly networked environment.

The capstone event began in the middle of August and will wrap up September 18 amid the global coronavirus pandemic. Murray reported there has been only one isolated case of COVID-19 at Yuma and that person was quickly isolated without the disease spreading.

The effort aims to bring in as many capabilities across the Army’s six modernization priorities as possible and put them through maneuvers that service’s new Multidomain Operations (MDO) warfighting concept lays out.

The service is particularly focused on three key phases of MDO at Project Convergence:

“Convergence is one of the tenets,” Murray said. “The ability to converge effects across all five warfighting domains (air, land, sea, cyber and space) and we’re really taking that tenant and putting it together in the dirt live and bringing multiple things together… and the key thing is here is being able to act faster than any opponent in the future.”

Getting the upper hand

To act faster, the Army has moved a system called Firestorm out of a science and technology effort from Picatinny Arsenal’s armaments center and into the exercise. Firestorm is being developed as the brain that connects the sensors on the battlefield to the right shooter through the appropriate command and control node, Murray explained.

“I firmly believe on a future battlefield, the commander that can see first, understand first, decide first and the act first will have a distinct advantage and will ultimately win any future battle,” Murray said, “so that’s this learning experience year to year.”

While Project Convergence will have surrogate capability this year representing its Future Attack Reconnaissance Aircraft, the Future Long-Range Assault Aircraft, as well as the Extended Range Cannon Artillery system, more and more technologies across the Army’s modernization priorities will be brought in in subsequent years.

The Army, this year, is also using available Air-Launched Effects (ALE) as well as a surrogate system called Titan — at Joint Base Lewis McChord in Washington State — that will process targeting information from ground and air autonomous vehicles using artificial intelligence.

The service is also experimenting with space sensing capabilities this year and bringing it all together using new network architecture. “The network is a huge piece of this and so we are building out mesh networks, communications between the air in terms of Gray Eagle [unmanned aircraft system] and ALE and [Future Vertical Lift] surrogates to the ground.”

The hope from the first year is to walk away with conclusions about whether technology currently being developed works, Murray said. “Can we actually link multiple sensors and shooters right? In this case, it’s not a huge number. It’s less than a handful,” he said, “but the ability for Firestorm to figure out the right shooter against the right target is one of the key things we’re driving and then can we do this in near-real time.”

During National Training Center rotations, “it takes a while to clear fires,” Murray said. “So what is that order of magnitude we can do this faster, to see faster and really put rounds on target faster.”

Early intel out of Project Convergence is that Firestorm has already shown “great success” and “the ability to put lethal effects on a target much, much, much faster than we do right now in an order of magnitude that is at least 10 times faster,” Murray said, “but we still have a ways to go.”

Brig. Gen. Ross Coffman, who is in charge of the NGCV cross-functional team, discussed what he was doing with Murray over the winter, with the latter saying “It just occurred to me, it should have occurred to me a long time ago. It is so much bigger than that.”

The Army is already wrapping up its plans for Project Convergence in 2021 and setting its sites on what is possible in 2022, according to Murray.

While the Integrated Battle Command System (IBCS), the command and control system for the Army’s future air-and-missile defense system, was tied up in Limited User Test this year, the service is looking for a way to integrate that into the effort next year. IBCS will be going through its Initial Operational Test and Evaluation at that time, but Murray said he is hopeful there is a way to bring the integral capability of the system to the event.

Another test of the Precision Strike Munition (PrSM) will also be executed during the event next year. The missile had three successful test shots this calendar year.

And while the exercise this year had roughly 500 people at Yuma this year, most of those are data collectors, Murray said. The exercise represents a platoon-sized operation, but in 2021, Murray said he intends to bring in an operational headquarters element to drive the learning in terms of how “we organize and how we fight the capability in the future.”

Ideally, the Army would involve one of the MDTF units, but due to conflicts in schedule this year it wasn’t possible to bring them into the event, so the service is working with U.S. Army Forces Command to incorporate MDTF participation.

Next year will also bring in joint participation. While the Air Force will be present at Project Convergence this year, the Army plans to use the F-35 fighter into the architecture.

Joint participation is critical to developing Joint All-Domain Command and Control (JADC2), which is the joint warfighting doctrine now in development of which MDO as a concept is a part.

“Convergence is our contribution to an all-domain command-and-control,” Murray emphasized, “and it is not in conflict with what the Air Force is doing with JADC2 and the [Air-Battle Management System].”

In 2022, Murray said the plan is to bring coalition partners and so far the United Kingdom has committed to participation and Australia will also likely sign on to attend.

“We’ve been very open-kimono in terms of the technology that we’re bringing and there’s been a lot of crosstalk between the three nations,” he added.