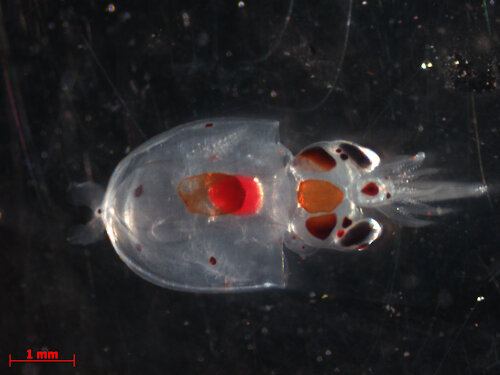 A group of marine biologists is pushing for more international collaboration to manage the Humboldt squid population after their study to identify its genetic stocks revealed its vulnerability to overfishing by fleets trying to feed the world’s hunger for squids.

The team found that Humboldt squids could trace back their population to three historical matrilineage that spread out during the late Pleistocene and that the species has at least two contemporary genetic stocks homogeneously co-distributed in the northern and southern hemispheres.

“In our study, we identify at least two genetic stocks co-distributed in the north and southern hemisphere of the Eastern Pacific Ocean. Our results suggest that rather than independent marine policies from each country, the sustainability of this squid requires an international marine policy,” Sanchez said.

To ensure sustainable fishing, countries in South America where the squid is traditionally found have established yearly catch quotas. But the study found this approach to be ineffective, especially as catch restrictions are absent in international waters on the squid’s migration path.

“Countries fishing this squid have established catch quotas with no consideration that the total amount varies from year to year, and that the amount of squid caught influences the number of squids next year. By doing so, the genetic contribution of the offspring every year will also clearly fluctuate. In such a situation, there is a risk of having a genetic erosion with a smaller number of squids which are also less likely to adapt rapidly to the changing environment,” he remarked.

Both warm tropical waters and the cooler Humboldt current, which runs from Tierra del Fuego at the southernmost tip of the South American mainland upwards to the northern coast of Peru, play a role in the Humboldt squid’s life cycle.

The squid seeks warm waters near the equator to spawn its clusters of neutrally buoyant eggs. But it needs nutrient-rich cool waters where they go on a feeding frenzy to grow from one-millimeter paralarvae specks to enormous predators of over 1.2 meters long.

These squids typically spawn only once during their one-year lifespan then die, making their future volatile if fishing goes unchecked. And such fears are not farfetched.

It’s eastern relatives, the Japanese flying squid, has suffered the same fate. Years of overfishing, poor regulatory oversight, and the changing climate have depleted their population at an alarming rate that yearly catch of Japanese fishermen dropped over 70% from more than 200,000 tons in 2011 to 53,000 tons in 2017. The shortage worries the fishing town of Hakodate whose identity and economy are intertwined with the squid.

“The population of the Japanese flying squids has decreased, and this is because along the distribution of this squid you have a lot of fleets from Japan, China, Korea, and Taiwan, some with high capacity for catching this squid. Countries like China with massive distant-water fishing fleets can move anywhere outside their national jurisdiction to catch this squid. If you have the technology you can go to international waters and catch anything,” Sanchez said.

He said Hakodate’s experience could be a grim warning of things to come for his country Peru.

“The Humboldt squid is the second most important economical species in Peru. That means that when we have less squid, that will affect also the economy of the country, particularly the economy of the fisherman that depends on this squid,” he said.

Over 90 percent of warming on Earth in the past 50 years has happened in the ocean and the speed it is heating up is accelerating. Warming oceans due to climate change have driven sea creatures toward the poles.

The Humboldt squid population itself has expanded its migratory path. It recently stretched its route farther north to Alaska and south to the tip of Chile which exposes these cephalopods that hunt in packs of up to 1,200 to fishing boats in each territory on its path as well as technologically advanced vessels waiting in international waters.

Sanchez’s team found a similar pattern of historical population expansion under extreme climate conditions when they looked at the mitochondrial DNA of the squid. They found that warming global temperatures 30,000 years ago which thawed Ice Age glaciers contributed to a sea-level rise favorable for the Humboldt squid population to spread out. The event which coincided with the decrease in the population of sperm whales, their natural predators, led to a population expansion for the squids.

Much, including its conservation status, is still unknown of this large squid species. But with its economic significance to fishing communities and its important role in the marine ecosystem as food for diverse species, the new knowledge of its genetic stock can help inform future marine policies to manage its population.

“The Humboldt squid is the largest squid fishery in the world and is heavily caught in the Eastern Pacific Ocean by several countries, including countries from Asia like Japan, Korea, China, and Taiwan. This squid is one of the most commercial squids in the world, and it sustains the economy of many countries.”

“Identifying genetic stocks, also known as genetically different groups, throughout population genetics is very important for implementing marine policies that control the total catch of this squid. The high migratory capacity of this squid is the main challenge to identify the exact number of genetic stocks, and more genetic resources and sampling are required to clearly reveal this number.”

Citation:
How the Humboldt squid’s genetic past and present can secure its future (2020, September 30)
retrieved 30 September 2020
from https://phys.org/news/2020-09-humboldt-squid-genetic-future.html