How Gaming Could Become The World’s Biggest Media Platform 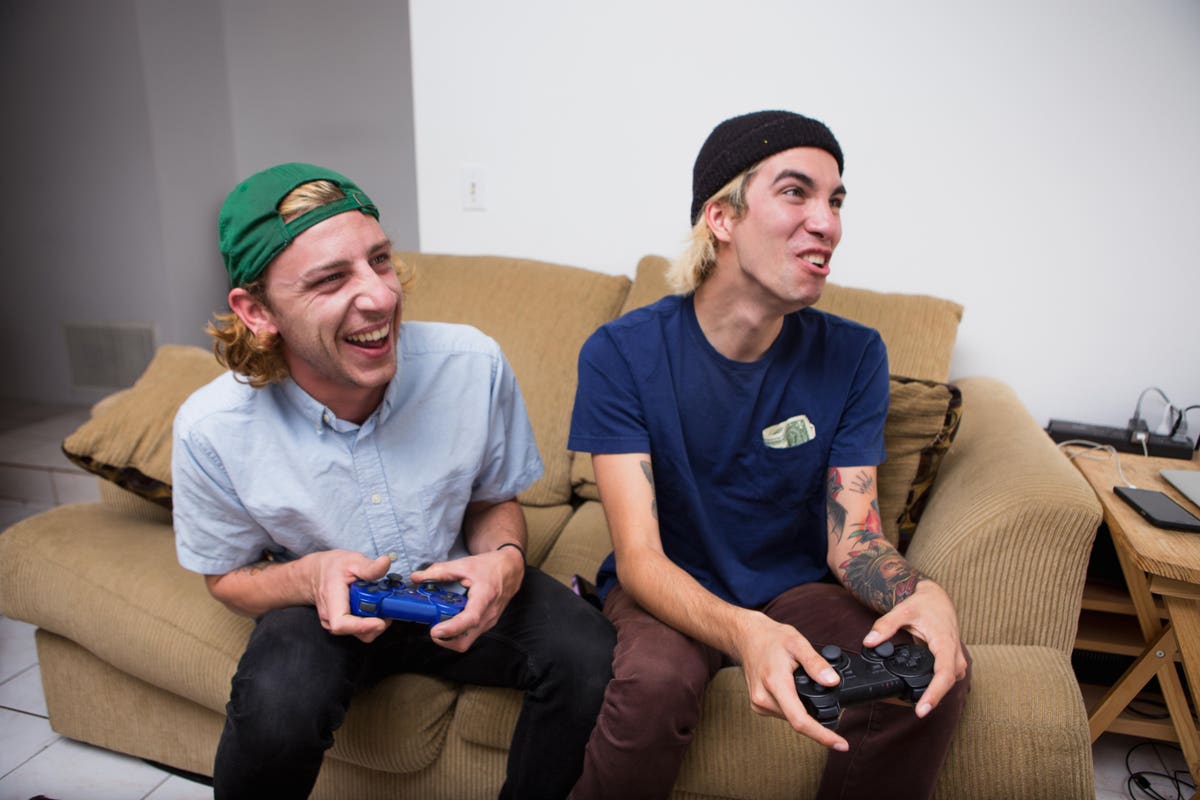 Founder and CEO at Admix. Pioneer of “in-play.” Previously ran a hypercasual game studio before they were cool.

It’s a few minutes before midnight on April 23, 2020, a month after the lockdown started in most of Europe. But this doesn’t stop me — I am eagerly waiting in front of the biggest stage I have ever seen for a concert to start.

Suddenly, the stage in front of me lights up; huge holograms appear, and the music starts. Around me, 12 million people also start dancing to the beat. No masks, no social distancing. For a moment, it’s like we are in an alternative reality.

In fact, we are in an alternative reality.

My 12 million digital friends and I were not breaking the lockdown to see Travis Scott performing live — this event happened virtually on Fortnite, the ultra-popular online video game. And this experience is by no means unique.

A week prior, I logged in to Roblox, an online gaming platform and game creation system, to listen to Lady Gaga and 20 other artists stream their performances from home during the One World: Together at Home concert. Over the weekend, this event raised $127 million for coronavirus relief efforts, mainly via young people who engaged with the concert and sent microdonations.

Millions of users, hundreds of millions of direct spend and all of that in two games that, while owned by massive companies, are still not yet known by the average person. In comparison, the official Covid-19 fundraiser from the United Nations/WHO on Facebook only raised about $6 million.

Newzoo, a global provider of games and esports analytics, estimates that gamers will spend nearly $160 billion on games this year — that’s more than what people spent at the box office and on music combined in 2018. Gaming is dwarfing any other form of entertainment, and it’s still growing over 10% year-on-year. Counting VR/AR and esports, the two fastest-growing segments of gaming, the market is poised to reach 3 billion players by 2023. In many ways, gaming has become the 3D internet, as close to reality as any current medium.

And paradoxically, its future is not about games. It’s about digital entertainment. Today, you can do everything on the platforms these games are played on: play, meet new people, watch videos and attend live events, as well as create, buy or sell digital items.

Platforms with this reach and level of attention always attract advertisers. However, to date, gaming has been incredibly inefficient at that. Despite four times more time spent on games than on TV, advertisers spend 40 times less money on gaming.

In other words, gaming is an incredibly popular activity but a nascent media channel. Mainstream media has three characteristics: scale, consumer attention and an infrastructure for transactions to happen. Until now, gaming ticked the first two boxes but failed on the last one.

The current media infrastructure of gaming — mainly, intrusive banner ads floating on top of the game or full-screen interstitials — is inefficient because it has been borrowed from the internet and not built natively for it. Think of retrofitting long-form TV ads on the internet — it just doesn’t work.

To scale gaming as a media channel, gaming needs an infrastructure that accounts for what makes gaming different: the user experience. The media needs to become immersive, too.

Cinema had a go at it, but with gaming being computer-generated content, it can spawn variations of the products on the runtime, based on context and player behavior. These items should never interrupt the players; instead, they should be integrated within the gameplay.

For this to work, this infrastructure needs to be on the game developers’ terms. They maintain the key to the user experience by deciding where the advertising opportunities are located and what type of sponsors should be allowed so brands themselves cannot ruin it. Developers care about their users, so by giving them control over the media as well, they ensure the experience remains user-centric.

That in-play infrastructure — something that my company has been developing for the past two years — is enabling the market to reach its full potential and will create huge opportunities for businesses.

When Google launched AdWords in October 2000, there were only roughly 360 million internet users worldwide. Since then, thousands of companies have found success unlocking their audience through search marketing (PPC) and later social media marketing.

Twenty years later, gaming opens a new channel to reach an audience of 3 billion people from all countries and all demographics. That is 3 billion potential customers who can be engaged at scale. It’s a no-brainer that the next generations of entrepreneurs will find success by reaching their audience through games.

People are naturally curious about new things: The first banner ad in 1994 got a 44% click-through rate, about 100 times better than the current industry average. I believe it will be the same for gaming: The early adopters will find disproportionate advantage in reaching a cheaper, more engaged, less fatigued audience.

In conclusion, gaming embodies the transition toward a richer, 3D virtual world and personifies our digital identities into avatars. So if you’re an entrepreneur or marketer, now is the time to start seriously considering your gaming strategy. This is the perfect environment to engage your audience. Whoever they are, whatever they do, you will find them in play.