How Facebook became a haven for misinformation and conspiracy theories 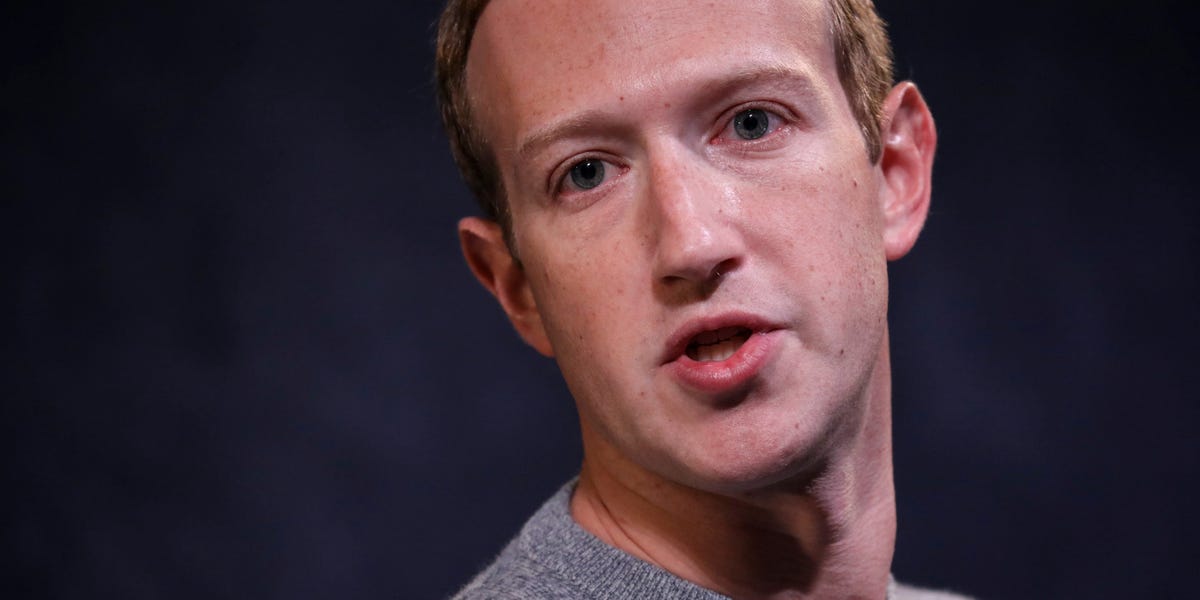 Hello everyone! Welcome to this weekly roundup of Business Insider stories from executive editor Matt Turner. Subscribe here to get this newsletter in your inbox every Sunday.

Read on for news on how Facebook became a haven for misinformation and conspiracy theories, McDonald’s worst nightmare, and former employees of Tanya Zuckerbrot’s popular F-Factor diet speaking out.

I still remember the first time I heard about Facebook. It was late 2005, and I was catching up with old friends who both attended a different university in the UK where the site had already established a following. They joked about their classmates who would post there all the time.

15 years later, it’s easy to wonder how Facebook morphed from that early iteration into what it has become today.

In recent months, posts and pages with misinformation about voting by mail and inflammatory allegations about politicians, as well as posts promoting armed right-wing militias and nazi symbolism, have spread across the social network, sometimes racking up millions of views.

For most of its 16-year existence the company has been better known for its ability to dredge up ex-school friends and its catalogue of embarrassing old photos than for any monumental political influence and societal controversy.

So how did Facebook become an integral part of the modern American right-wing machine?

It happened gradually over a period of several years, enabled by a competitive urge to own the conversations that fuel social media, a pattern of tuning out warning signs and a need to stay in the good graces of politicians and government regulators.

And of course, it involves an $80 billion advertising business that grows larger the more that users of the social network stay active and engaged — regardless of what drives the engagement.

Read the story in full here:

McDonald’s sued Steve Easterbrook in August, alleging the former CEO covered up sexual relationships with three female employees during his last year at the helm of the fast-food giant.

Easterbrook had been fired from McDonald’s in November 2019, after the company investigated a different relationship between the then-CEO and an employee that reportedly included exchanging sexually explicit text messages and photographs, but not physical contact.

Business Insider spoke with more than half a dozen McDonald’s insiders — including corporate employees, franchisees, and Easterbrook’s ex-girlfriend — about the former CEO’s rise and fall.

Some insiders saw Easterbrook as a flirt who enjoyed his status as a bachelor, especially as he found success turning around McDonald’s business.

The popular F-Factor diet has come under fire, with some users claiming it’s made them sick.

Now former employees tell Insider that its founder, Tanya Zuckerbrot, policed their meals and told sexual jokes in the office that made them uncomfortable.

One ex-employee said she was “fat shamed” for bringing whole-wheat pasta and homemade turkey meatballs to work for lunch.

Zuckerbrot has denied the allegations, saying they’re part of a smear campaign against her and F-Factor.

Netflix is famous for its unusual corporate policies — including unlimited vacation, direct and candid performance feedback, and the so-called “Keeper Test,” which encourages managers to constantly evaluate whether they should keep or fire lackluster employees.

Netflix cofounder and co-CEO Reed Hastings has written a new book — “No Rules Rules” — all about how those controversial policies have made Netflix one of the world’s most innovative companies. He talked to Insider global editor-in-chief Nich Carlson.

You can listen to the interview here:

You can also read an op-ed from Hastings himself right here:

SIGN UP: How to be a smarter investor now

Before I go, I want to highlight two upcoming events.

Here are some headlines from the past week you might have missed.

A Louisiana couple bought an 80-year-old general store for $55,000 and turned it into their dream home. Here’s how they did it — and what it looks like now.

Palantir CEO Alex Karp’s first pitch to public investors: ‘You should not invest in Palantir if …’

Black and ethnic minority employees are fed up of being told to lead their companies’ diversity efforts. ‘I’m now expected to help them cover their backs.’

Amazon just leased a new space in Brooklyn to house recording studios for its music-streaming service, as Big Tech keeps gobbling up space while the office market flounders