How a western banded gecko eats a scorpion 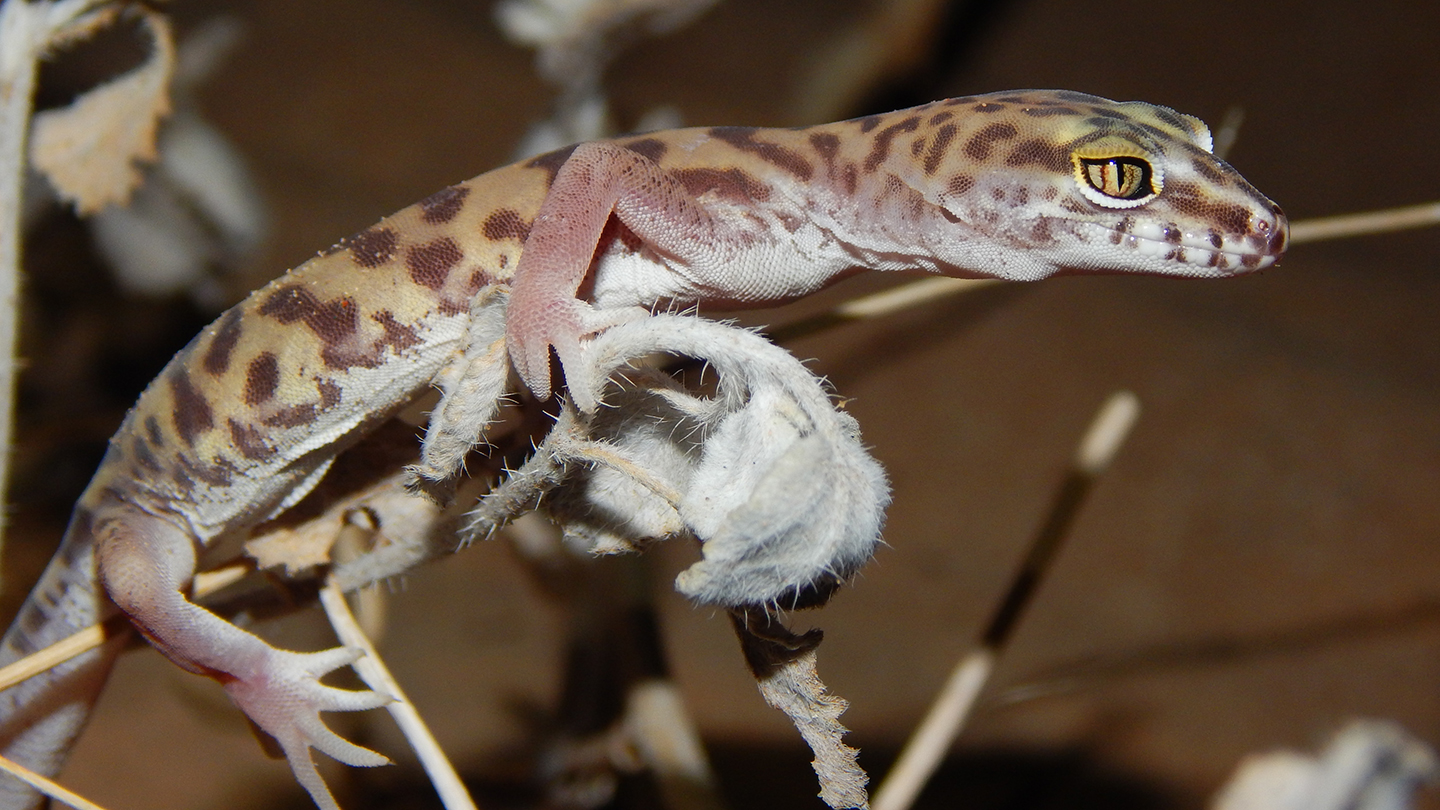 Western banded geckos don’t look like they’d win in a fight. Yet this unassuming predator dines on venomous scorpions, and a field study published in the March Biological Journal of the Linnean Society shows how the lizards take down such perilous prey.

Geckos bite the scorpion and thrash their heads and upper bodies back and forth, body-slamming the scorpion against the ground, new high-speed video reveals. “The behavior is so fast that you can’t see what’s actually happening,” says San Diego State University biologist Rulon Clark. “[You] see the gecko lunge and then see this crazy blur of motion … like trying to watch the wings of a hummingbird.”

Clark first noticed the behavior in the 1990s, during undergraduate fieldwork in the Sonoran Desert near Yuma, Ariz. When he returned with colleagues to study kangaroo rats and rattlesnakes, the team filmed geckos as well. The researchers captured western banded geckos (Coleonyx variegatus) and dune scorpions (Smeringurus mesaensis) in the desert at night (along with harmless arthropods, like field crickets and sand roaches, to compare), and documented the showdowns.

Normal gecko feeding behavior usually involves lunging out, grabbing prey with their mouth, and chomping it, says Clark. With scorpions, it’s totally different after the initial lunge. Such shake feeding is a known method for carnivores and adventurous eaters. For instance, dolphins shake (and toss) octopuses before eating (SN: 4/25/17).

The fact that this delicate, cold-blooded species not known for speed can achieve such physical gyrations is impressive, Clark says. Songbirds called loggerhead shrikes whip larger predators in circles (SN: 9/7/18), but at a lower frequency (11 hertz compared to 14 Hz in geckos). Whiptail lizards also violently shake scorpions, but at unknown speeds. The closest documented match to the speed  of gecko shake feeding is small mammals shaking themselves dry; guinea pigs clock in at around 14 Hz, as well.

It’s unclear how common this behavior is among geckos. And aside from generally subduing a venomous foe, how it works — killing the scorpion, immobilizing it, damaging its stinger, or reducing how much venom gets injected — remains a mystery.