How 21st Century Management Is Being Redefined 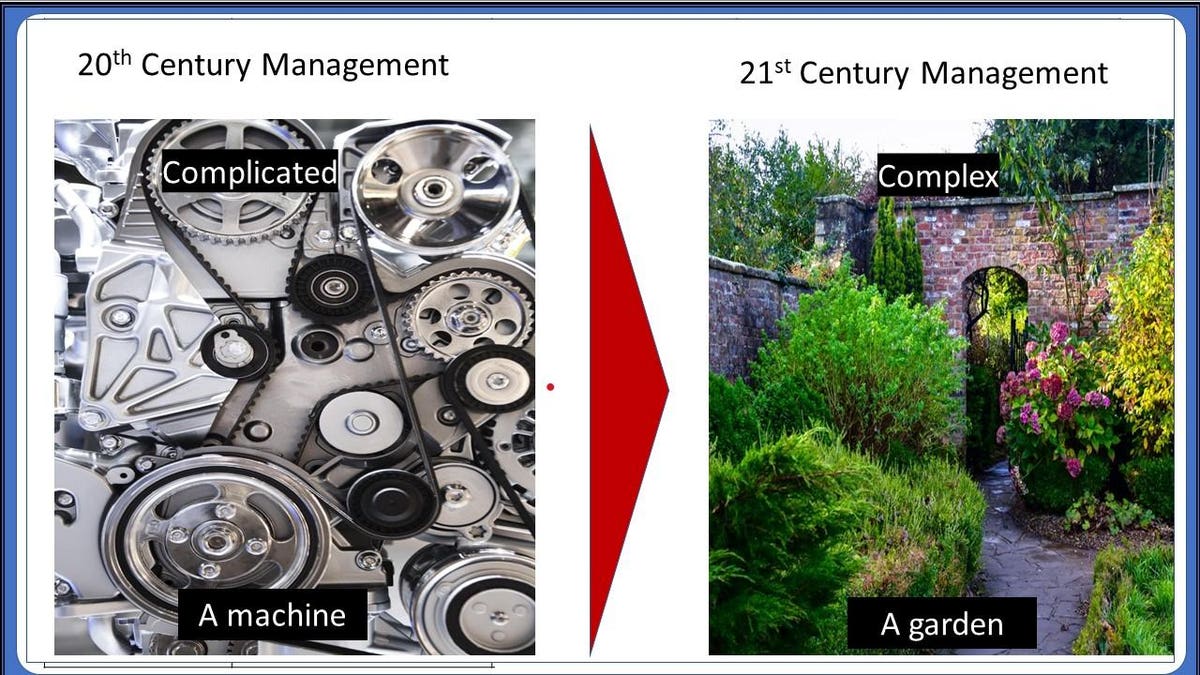 The World Agility Forum took place online on September 26-27, 2020. It sought to create a new sense of unity among Agile and related change movements around a common vision of how organizations should be run in the 21st Century. The Forum brought together many groups and alliances that in the past have tended to meet separately. In the course of the Forum, a redefinition of 21st Century management began emerging.

A video of the opening keynote is here:

Thanks to Hugo Lourenco and David Cunha and all the speakers who made the World Agility Forum 2020 such an amazing event. It confirmed that in this time of global crisis, the need for agility has never been more evident.

Hugo Lourenco’s vision of creating “an alliance of alliances” bore fruit. This is the idea of creating, not just a narrowly branded niche, but instead, bringing together all the people, all the players, all the brands, and all the alliances and groups that see the need to organize our work and our organization differently from what’s happened in the past. It’s an inspiring vision and it was shared by many participants. Different groups were able to see what they had in common also learned from the differences.

And as a result of those diverse viewpoints covering a broad territory, we were able to get to a bigger vision of what the movement to enhance management is all about. It is very simple: that work and organizations should be about people creating value for other people. It sounds obvious, but it is in fact a very big and very different vision from what is happening today. As we heard during the conference, many organizations, particularly big firms, are not currently run in this way.

What this conference is saying is that this is the wrong way of looking at things. What is increasingly a consensus around the planet, is that there is a better way of running organizations—organizations run as people creating value for other people. This is the norm, not the exception. It needs to be seen as the standard way in which you run any organization. If you want to run an organization, or part of it, as a top-down bureaucracy, then that has to be justified as an exception. You have to make the case for the exception of doing work in a way that is basically harmful. In future, top-down bureaucracy needs to be justified as a departure from this different, better, and people-centered way of running organizations.

In Wall Street terms, what we’re talking about here is effecting a reverse takeover of top-down bureaucracy. Agile is now the norm. Top-down bureaucracy needs to be seen as an exception to the normal way of getting work done.

And so the conference has taken an important step to identify how we should be looking at things. We now have a clearer idea of what a healthy organization looks like, and what healthy workplace looks like. We have a better understanding of what good management looks like.

We also have a better idea of how we might go about protecting our teams and organizations against the disease of top-down bureaucracy. It’s a disease that can affect any team and any organization, even a team or organization that is strongly implementing the new way of doing things. Until we have established some kind of herd immunity, there is always a risk that this disease will somehow creep, like a virus, into the team or organization undermine it.

So the conference made progress towards a common vision of a better way of getting things done. We have these understandings and we need to share them. We need you, the participants, to share them.

We need you to spread these understandings in your team, in your organization, in your community, in your country, all around the world. This is a global problem and it needs a global solution.

But as we heard in the last two days, all change begins with a single individual, a single person who stands up and says, “This is wrong. This is not the way things should be. This must change. We must do things differently. And I will start the change here in my world.” That might be a small world. It might be a medium-sized world. Or it might be a powerful CEO with vast powers. But some individual, somewhere, stands up and says, “This must change and  I will make the change happen and I will invite others to join me on this journey.”

So that’s our call. Join with us. Make this change happen. Let’s get going. Let’s create a better, people—centered world.

Note: These were the closing remarks delivered by Steve Denning. Other remarks and notes from the conference will be added to this article as they become available.

How To Foster 21st Century Management