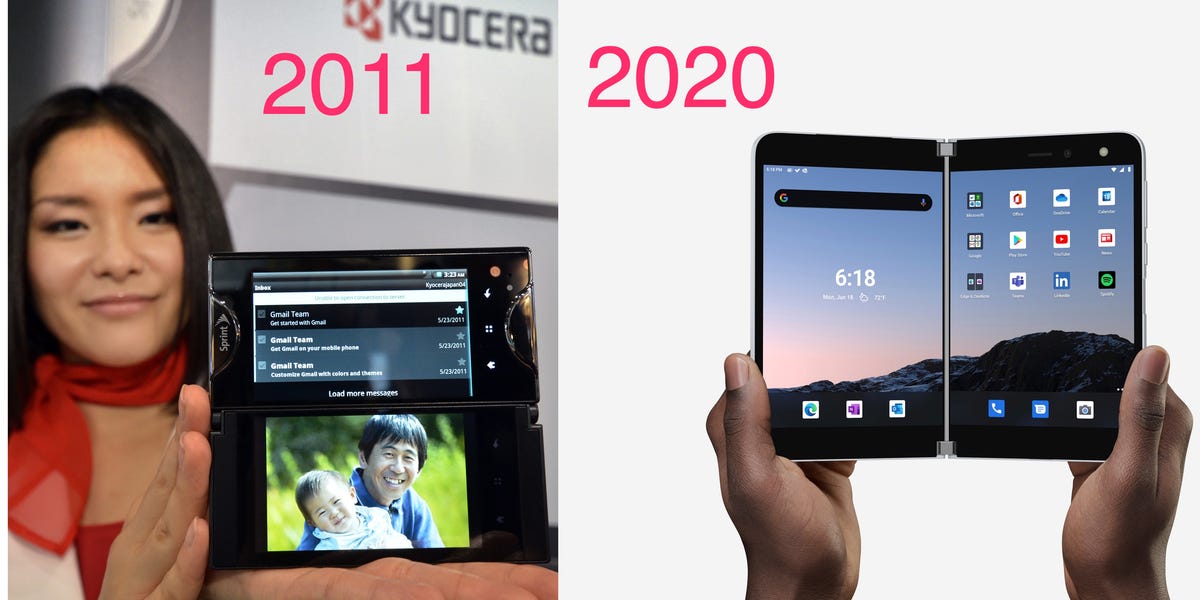 Tech giants like Huawei, Motorola, and Samsung have all released foldable phones, and Microsoft just joined them with the launch of the Surface Duo. The appeal for making bigger phones is obvious as they tend to sell better, and they have all the highest end features like fast processors and impressive cameras, but there’s a limit to what people can fit in their pockets. Folding phones have emerged as one way to get around this perpetual problem in the world of technology.

Even before technology made folding phones feasible, tech companies brought future concepts to show off at conventions like CES. Then, some manufacturers moved forward with dual-screen design, which don’t rely on flexible OLED and can therefore be sturdier. Others made the screens themselves foldable.

Now, even Apple is rumored to be thinking about a future folding iPhone, although there are no official announcements. There’s definitely demand, however. A 2019 UBS survey found that Apple buyers would be willing to pay an extra $600 for a folding iPhone, and fancy features like a folding screen could be a way for phone makers to convince customers to pay more and keep margins high.

Here’s how foldable phones have developed.