Here’s Where We’ve Gone in Two Weeks: Not Far 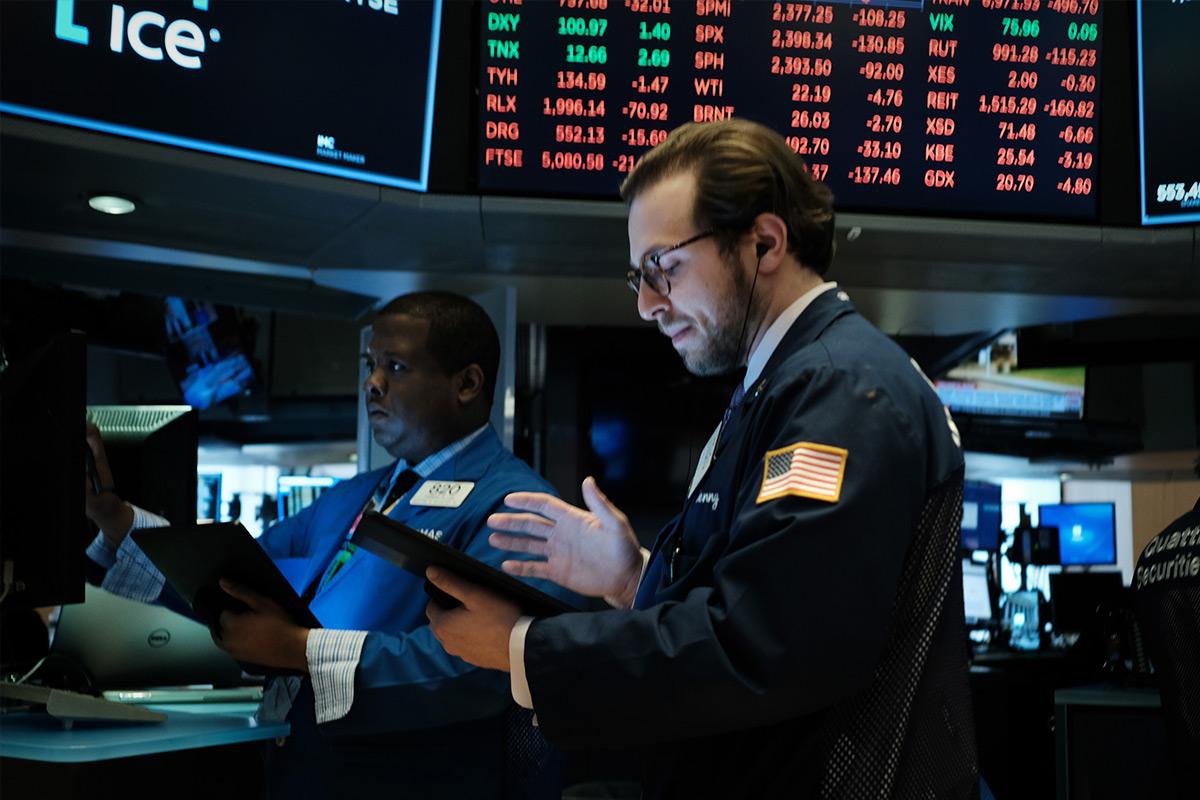 We had two big down days back in early September. I know, it feels like we’ve had nothing, but down for the last three weeks, but that’s not the reality. The reality is we had two, OK, three down days and ever since then we’ve been in a trading range.

The S&P fell 200 points in that first week of September, about 7%, and hasn’t done a thing since. It has bounced between support around 3300 and resistance around 3425. That’s it, a 100-point trading range.

I am sure you will say, big cap tech has been much worse. Has it? The Invesco QQQs (QQQ) fell in that first week of September, as well. They have fallen about 10%. But look at this chart: It has been in a 25 point trading range for the last two weeks. 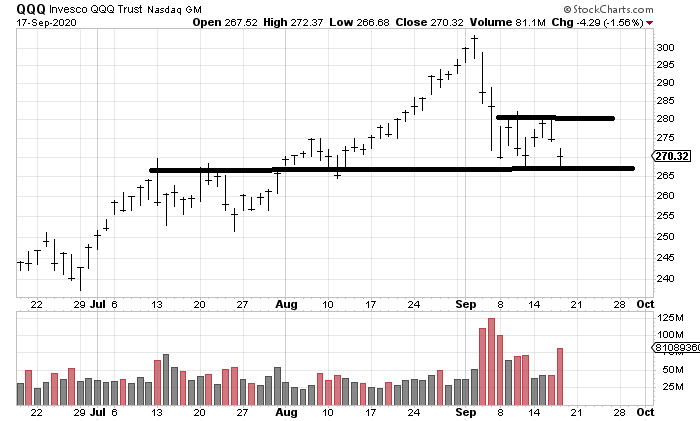 In that time we have seen some improvement in breadth, something that was sorely missing in the prior two months of trading. Breadth was red on Thursday, but it surely wasn’t as awful as the S&P being down 28 points was. In the last two trading days, we’ve seen the S&P lose 44 points. In those same two days, we’ve seen breadth flat. That is a far cry from a month ago when we would see the S&P rally 40 handles and breadth would be flat at best, likely negative.

In these last few weeks, we have seen the number of stocks making new lows begin to contract. We even saw the 10-day moving average of new lows for Nasdaq roll over. Again, that is a big change from the prior two months when this was rising, since new lows were increasing on an almost daily basis.

In the last two weeks we’ve seen the various put/call ratios rise. Oh, they haven’t gotten carried away with super high put buying leading to high put/call ratios, but it’s been enough that the 10-day moving average of this indicator is now back to where it was in late June.

We’ve certainly gone from “tech is the only place to be” to “maybe tech has more to go on the downside.” Is it panicky? No. But is it enough to get another short-term rally? Probably. Just look at the volume in the QQQs on the chart above on Thursday. High volume declines in the QQQs tend to lead to bounces. Then we can go back to the volatility.