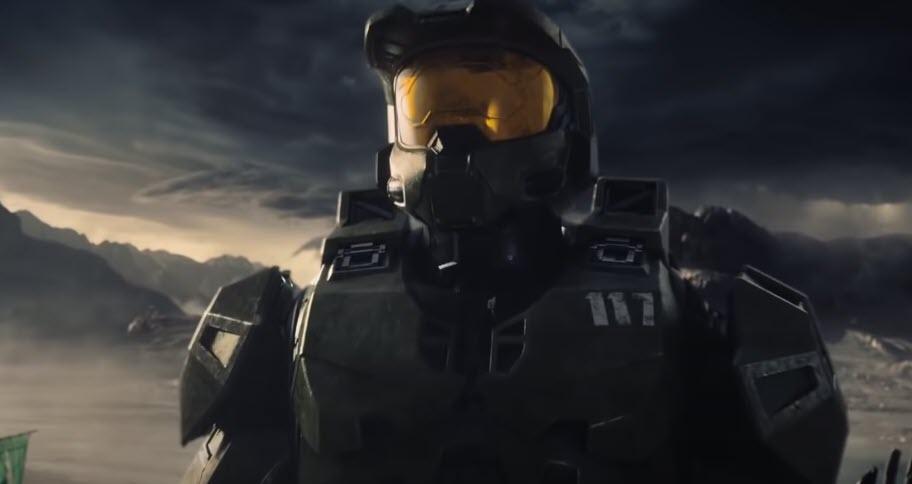 If “Better with Kinect” was the great misstep of the Xbox One launch, it seems more and more like a similar issue, albeit not on the same level perhaps, is Microsoft relying so heavily on Halo Infinite making it out for the Xbox Series X/S launch.

In the last two days we have seen promotion for the Series X ramp up. There’s a new TV spot for the console starring Oscar nominee Daniel Kaluuya, and Series X boxes have been spotted in the wild making their way to retailers.

What do both have in common? Master Chief is heavily focused on in the ad, and he makes up the entire back of the box.

It’s very clear just how much Microsoft was banking on Halo Infinite making it out for the Series X launch, and now that it isn’t, and does not in fact even have a new release date other than the nebulous 2021, which very well could be next holiday, they have not been able to pivot to anything other than their iconic Master Chief, despite the fact that he’s not launching with the console.

This seems like if Sony said that God of War Ragnarok was coming on November 12, then it got delayed to next year and yet Kratos was still leading all the marketing materials for the release of the console

I suppose you can just say that Master Chief is the generalized face of the Xbox brand, but in this case, I think it does serve as a reminder that the newest game in the series is not coming out at launch, and was delayed because, quite frankly, it looked very bad.

The lack of Halo Infinite is manifesting in other ways for Series X promotion too. As of yet, despite all the hands-on previews of last gen games running on Series X, we have not seen any next gen games yet. That’s because the big next gen games that are coming, Assassin’s Creed, Cyberpunk and so on, are all third party. Normally you probably would have seen Microsoft give everyone an early preview of how Halo Infinite runs and plays on these test units, and yet with that delay in place, that’s clearly not going to happen. So instead Series X has to show off third party games that…will also run similarly on PS5, short of a few smaller scale exclusive exceptions like The Medium.

In short, Microsoft did not need this. Their missteps at launch with the Xbox One cost them an early lead in the last console generation and they never recovered. While no, Infinite’s delay is not as bad as marrying the system to Kinect, we do still have the same price difference (PS5 digital at $400 versus Xbox Series X at $500), and now this Infinite issue.

I think Microsoft has made a lot of great strides forward both in terms of hardware, the Series X is a deeply impressive piece of tech, and software, though the results of all Microsoft’s massive studio purchases are still a ways out, but Halo Infinite arriving, and being good, would have totally transformed this launch, and it’s clear just how much Microsoft was banking on it being here, seeing the promotion for the console today.