Goldman Sachs MD: Where to Find the Next Apple or Amazon 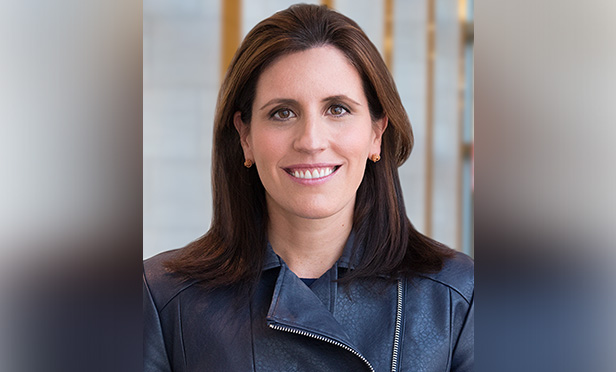 “Clouds could be forming on the horizon” for FAANMG stocks, a portent that they’ll potentially “struggle to continue producing the growth rates investors have been accustomed to,” argues Katie Koch, co-head of the fundamental equity business within Goldman Sachs Asset Management.

Hence, she recommends that investors seek out tech leaders with prospects of becoming the “mega-cap tech names of the future,” including those in high-growth emerging markets that, she says, could become local “tech titans.”

In an interview, Koch indeed urges to look further than the FAANMGs — Facebook, Apple, Amazon, Netflix, Microsoft and Google’s parent Alphabet — and talks specifics, pointing out that the pandemic has helped some tech-enabled innovators.

The GSAM FE team — Steven Barry is co-head — manages portfolios for institutional and individual clients globally, with $65 billion in assets under management.

Nearly 90% of the team’s strategies are outperforming year-to-date, with net inflows of about $5 billion vs. peers, Koch says.

She maintains that at this juncture since the steep March decline, “a lot is happening” underneath the rally; for example, an “adjustment” between growth and value stocks. In the interview, she forecasts that this will increase and is therefore focused on a balanced portfolio that’s not “overexposed to growth.”

Koch, 40, who started as an analyst at Goldman upon graduation from the University of Notre Dame in 2002, has spent her entire career at the firm. She became a partner at age 36.

She is a champion of gender diversity, believing that “diversity drives better performance.” To be sure, nearly half of GSAM FE’s portfolio managers are women, five times the industry average, according to Morningstar.

In our conversation, Koch discusses why and how her team influences its portfolio companies to be gender-diverse as well.

She began in Goldman Sachs Private Wealth Management, then during a decade-long stint in London, led several of the firm’s businesses. She was named head of the global portfolio solutions group for institutional business and in 2011 became a managing director.

ThinkAdvisor interviewed Koch, speaking by phone from New York City, on Sept. 10, with a follow-up email the next day.

She has a big family as well as a big career: She and her husband are parents of three children, 5, 3 and 1; and she is expecting a fourth in November. In 2018, Working Mother magazine named her Working Mother of the Year.

Reflecting on her choice of career, Koch says: “I always thought of investing as the art of predicting the future. That’s an audacious thing to do and believe that you can do — to imagine a future that’s different from the past and allocate capital around that. It was always exciting to me as a concept.”

Here are highlights of our interview:

THINKADVISOR: Technology companies led a broad selloff on Sept. 3 and 4. Was that something of a prelude to the long-overdue correction?

KATIE KOCH: Obviously, a lot of the market strength has been led by tech and the FAANMGs — Facebook, Amazon, Apple, Netflix, Microsoft, Google’s parent Alphabet — which are collectively still up about 48% year-to-date, with the other 495 [stocks] in the S&P 500 down about 1%.

The market’s up, but there’s a lot happening under that; and some of these trends are relevant to the decline [of two weeks ago].

The growth part of the market is up around 24%, and the value part is down 10%. The trend that stands out to me most concerning the [9/3 and 9/4 selloff] is the compression between growth and value. The spread narrowed about 5%. So you’re seeing some adjustment, but it’s off one of the historically widest extremes.

Will we see more of that?

I think we’re going to experience some compression of growth vs. value. We’re trying to make sure we have a balanced portfolio and that we’re not overexposed to growth [stocks], which has had such strong performance.

What opportunities do you see for investing in tech?

We like tech a lot but strongly believe investors need to hunt beyond the largest, most well-known names to appropriately reflect the best future opportunities.

Investors are significantly over-exposed to the mega-cap tech names — the FAANMGs — but their dominance may be coming under threat. We continue to like several of them. However, after 10 years of [these stocks’] dominance, the next 10 years could look very different.

What will be the cause?

The FAANMGs may struggle to continue to produce the growth rates that investors have become accustomed to. Clouds could potentially be forming on the horizon for them. Therefore, we believe investors should seek out future tech leaders.

How do you characterize those, and where may they be found?

What are some specific areas in where you see the most opportunities?

Cloud-enabled software, digital payments, online entertainment, e-commerce. The pandemic has driven a big acceleration in adoption rates for many of these tech-enabled innovations.

We see many opportunities in the content-delivery companies, which provide technology to streaming games and movies. We believe that e-commerce leaders in emerging markets, where online retail penetration is still incredibly low, present strong long-term secular growth opportunities. Many of these companies have the potential to become the mega-cap tech names of the future.

What’s your investing strategy as it relates to the upcoming presidential election?

We need to think about running balanced portfolios because one way or the other, the [election] outcome will move markets. One of the most important qualities of successful investing is humility and knowing whether you have an edge. For us, it’s at the individual company level, allocating capital to companies that are going to outperform over the long term.

What’s your edge concerning the election?

We have zero edge in predicting who’s going to win the election. Therefore, we try not to take risks around it. We have to run a portfolio that will be balanced and able to outperform regardless of the outcome.

Let’s talk about another of your high priorities: gender diversity. The number of female portfolio managers on your team — 50% — is five times the industry average, according to Morningstar. Did you spearhead a diversity initiative?

As the leader of this business, I focused a lot on diversity, and then my co-head Steven Barry was in lockstep with me and also in pushing it with our portfolio of companies. It reflects the broader ethos of Goldman Sachs.

How do you “push” diversity with companies you invest in?

We’re passionate believers that diverse teams will outperform — and it also happens to be the right thing to do. Diversity — by bringing in different perspectives — drives better performance. That’s why we have [a number of female portfolio managers] and why we’d like the portfolio companies to reflect diversity. We connect our highly gender-diverse team to the way we invest and the way we look at companies.

How do you influence the portfolio companies to practice diversity?

[One way is that] we work with their boards and management teams to give them suggestions of board-qualified women. And we have a policy of voting against the nominating chairs of any public company in the U.S. that doesn’t have at least one woman on the board. Last year we voted against over 200 companies; and in less than 12 months, 40% of them added a woman to their board.

What’s the likelihood that your diversity strategy will be put in place by other investment firms?

If people get to the point where they can authentically believe in diversity aligned with performance, over the next 10 years we’re going to make unbelievable progress on the issues of gender and race.

So you deliberately built your team to have 50% female portfolio managers. How did you go about that?

We hired talented women and put them in risk-taking seats, and we’ve also promoted women within the group into risk-taking seats. We were very deliberate about building a team that was representative of global demographics. It’s really tough to pick great consumer stocks, for example, if you don’t have some female representation and reflect the female perspective, given that women control or drive the decisions on 90% of daily shopping, according to Nielsen.

Some firms say their goal is to employ a certain quota of women in specific jobs. Is that a good way to boost diversity?

I don’t think it’s a very sustainable strategy. You have to have diversity, which is representation. But you have to have inclusion, which is bringing out the ideas and perspectives of the diverse individuals. Independently the two are rather worthless; but together they’re extremely powerful. Just trying to hit a [number] target isn’t going to be an advantage.

[First, the issue] is getting diverse people around the table, but the real art is pulling out their perspectives and creating a culture of inclusion where people’s voices can be heard. That’s the hard part, but it’s the part that has the return on investment, for sure.

You’ve forged a highly successful career in the male-dominated financial services industry. Has being a woman posed any challenges?

I don’t think so. Because in the investing world, you can use that to your advantage by bringing a unique perspective to the discussion. It’s enabled me to be in a position to recognize the benefits of diversity. It’s not accidental that half our assets are run by women: Because I’m a woman, I was focused on that element of diversity perhaps more than others in the marketplace. So given that I think diverse teams outperform, it’s been an advantage for us.

When you were in Goldman Sachs Private Wealth Management, what were your responsibilities? Were you a financial advisor?

No. I started as an analyst, a long time ago, on one of the largest private wealth teams in Chicago. I’d been an English and economics major; so I had to [acquire] financial literacy and learn how to think about a client’s portfolio holistically and what individual clients care about. It was a great training ground for the rest of my career. I wanted to be on the institutional side of asset management, and I’ve spent 80% of my career in that space.

You’ve been with Goldman Sachs your whole career. What did you do after working in Private Wealth?

I lived in London for 10 years and got exposure to international markets. I ended up running our multi-asset-class investing team focused on international clients in Europe and Asia. A couple of years ago, I was brought in to co-lead our equity business.

She’s eminently qualified for that role given her successful 16-year run at Citi, and especially the last year running the Global Consumer Bank. I think they had a pretty clear succession plan. It happened a little bit earlier than the market expected, but she has all the relevant experience and qualifications to be extremely successful at running Citi. It’s really exciting to have the first woman at the helm of a [major] U.S. bank, and I know there’ll be more of that over time. It’s great and good for the industry.

You and your husband have three young children and you’re expecting a fourth in November. In 2018, you were named Working Mother of the Year by Working Mother magazine. How do you juggle your demanding career with raising a family?

My family is by far the biggest priority in my life. At the same time, I obviously care about my career; so it’s not possible for my family to come first every hour of every day. But they need to come first over time. It’s [similar] to what I say about picking companies.

We’re not going to get it right every time or outperform every day or every month. But we’ve got to outperform for our clients over time. That’s the horizon from which I integrate my family and my work.