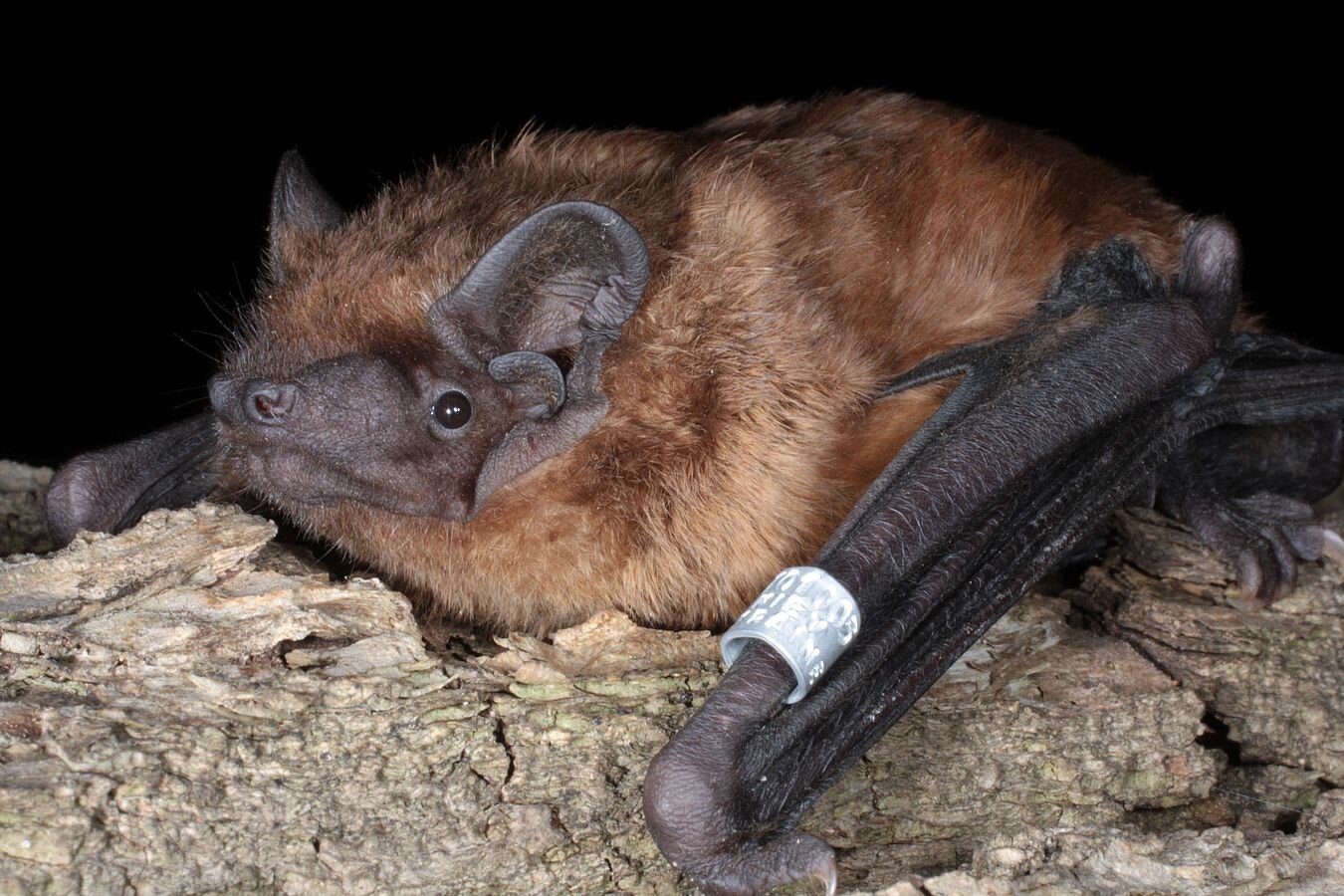 Many animal species are currently changing their distribution range owing to global warming. The underlying mechanisms are still little known, especially in mammals.

An international team of scientists led by the Leibniz Institute for Zoo and Wildlife Research (Leibniz-IZW) has now demonstrated that in the common noctule bat, one of the largest European bat species, the colonization of hibernacula progresses from lower to higher latitudes over successive generations of young animals—especially first-year males. Because of their relatively high reproduction rate and the long-distance dispersal of male juveniles, it is probably relatively easy for common noctules to adjust to global warming. For species with lower reproduction rates and a limited migratory potential of the young—the majority of European bat species—the future might not look as favorable when facing continuing global warming. The paper was published in the scientific journal Biology Letters.

The rapid pace of global warming is forcing animals to adjust their lives to ensure their survival and successful reproduction. Highly mobile species such as migratory bats could potentially shift their summer and wintering habitats to higher or lower latitudes according to how the regional climate is changing. This flexibility could enable migratory bats to stay within ideal conditions for reproducing and rearing of young or for hibernation.

For example, in recent years, common noctule bats have shifted their wintering area further north. Is this shift in the wintering range the consequence of adult bats moving further north for hibernation year after year, or are these shifts done by juvenile bats from successive generations? Scientists of the Leibniz-IZW and partners from the Ukraine—the Bat Rehabilitation Center of Feldman Ecopark and the Ukrainian Independent Ecology Institute—addressed this question in a long-term study.

“We showed that the northwards move of the hibernation area of the common noctule occurs over several generations of juveniles,” says Christian Voigt, head of the Department of Evolutionary Ecology at Leibniz-IZW. “Especially young males, which usually migrate further from their birthplace than young females, are leading the way when colonizing new hibernacula.” Since common noctules have a short life span, a high reproduction rate and can disperse over long distances, they may be able to adjust relatively quickly to global warming, even if the wintering area only successively changes from generation to generation.

The investigation was carried out in the city of Kharkiv in northern Ukraine. Maternity colonies of common noctule females were long recorded north of the Kharkiv area, with hibernating animals moving to areas well south of Kharkiv. Then, 30 years ago the first individuals were encountered who hibernated further north close to Kharkiv, with increasing numbers of hibernating bats nearby since then. Over a ten-year period, the scientists collected data on the age and sex of almost 3,400 individuals. These data showed that young males dominated the early phase of colonization of the new hibernation area. Gradually, the ratio of males to females and of young to adult animals became more balanced. “We also investigated the region of origin of the hibernating common noctules by analyzing stable hydrogen isotopes in the fur keratin,” says Kseniia Kravchenko from Leibniz-IZW, the first author of the paper. “The data of nearly 400 animals revealed that the number of long-distance migrants decreased in both females and males across all age groups.” This showed that in the early years of colonization the hibernation population originated from summer quarters in the far north. More recently, the “local” population with summer quarters nearby, who previously had flown further south for hibernation, increasingly used the same area as their summer quarters for reproduction and for wintering.

The rapid generational shift and the high dispersal capacity of young males seem to be an evolutionary advantage of common noctule bats in times of climate change, the authors conclude. “Mammal species with higher life expectancies, lower reproductive rate and lower dispersal capacity may have a much harder time in keeping up with the pace of global warming,” suspect Kravchenko and Voigt. “If the distribution areas of these species only shift from generation to generation, the pace may be too slow and there is a chance that they will become extinct if global warming continues at the current high pace.” Further research will be necessary to understand these mechanisms of spatial adjustment to climate change in other mammalian species.