Fujifilm’s new Instax Square SQ1: the instant camera back to its basics 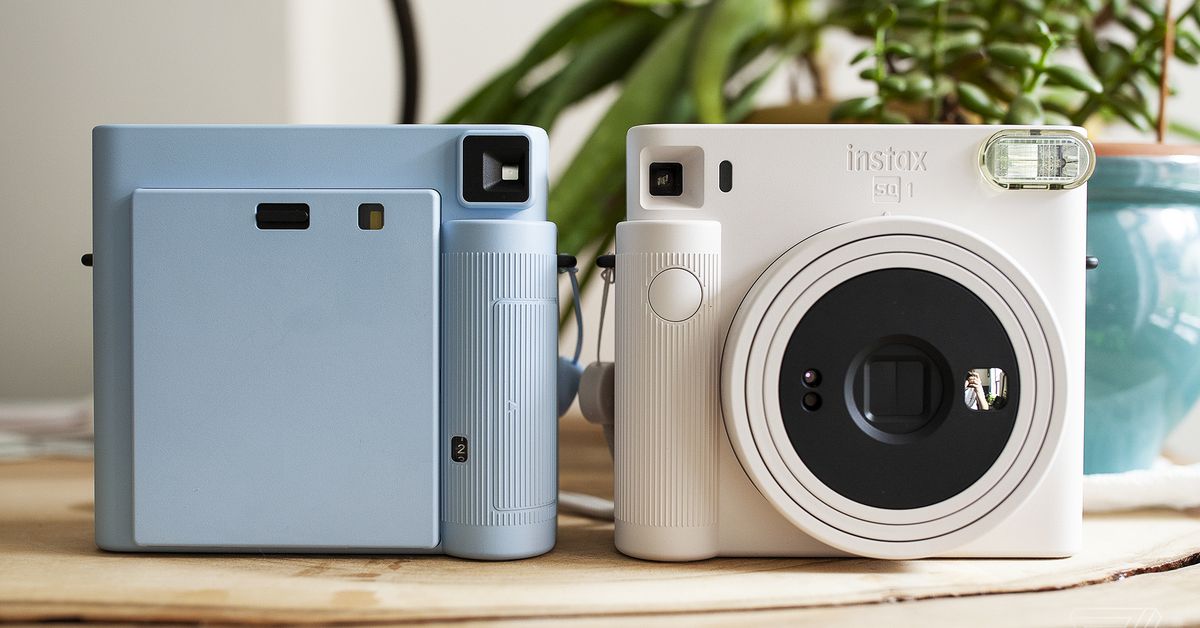 I didn’t think my current socially distant life was fun enough for an Instax camera when I received Fujifilm’s new Instax Square SQ1 a few weeks ago. There were no friends laughing on my couch or tables full of hard seltzer and chips. I was alone, with no Instagram-worthy moments that a Polaroid frame would make cute. Yet, as I began taking photos of my office-apartment-studio-hybrid space, one thing became clear: a simple camera that wraps images in an iconic frame can make even the mundane look Instagram-worthy.

The Instax Square SQ1 is a large, plastic, square box that captures and prints images onto Fujifilm’s square film. It is the successor of the Instax Square SQ6 that was released in 2018. Instead of adding more tech, such as the screen and Bluetooth pairing it added to the Instax Mini LiPlay last year, Fujifilm made the SQ1 as simple as possible. There are only three settings you can control: a ring around the lens lets you spin once to turn the camera on, spin it once more to put it in selfie mode, or spin it back to the top to turn it off. There isn’t even an option to turn the flash off; it is always on and fires with every shot. Around back, a small window on the bottom right lets you know how many exposures you have left. And I think it’s perfect that way.

Using the SQ1 feels like using a toy camera: no thinking needed. Point the camera at a subject, press the large shutter button on the front, and out rolls a soon-to-be square image to the tune of a high-pitched hum.

As I wasted away the $1-per-shot square film on photos of my house plants, the cat I was babysitting, and books I use as props but have never actually opened, I was reminded of how a simple flash and white, Polaroid frame can make anything look good by giving it a timeless, filmic look: the highlights blown out, the blacks a bit grainy. Even as a self-proclaimed camera nerd, I was never willing to waste photos to test different modes on the more complicated SQ6, such as options for taking photos of landscapes, flowers, or creating double exposures. With the SQ1, you point the camera and push the shutter button, which is all I am ever needing out of an instant camera.

It is this consistent look and ease of use that, for me, makes an Instax camera an Instax camera, and to see Fujifilm moving the design back to basics with no screens and limited options is oddly a breath of fresh air. The only smelly part about the SQ1 is its $119.95 price tag. Knowing that each photo taken with this camera is going to cost an additional dollar, paying so much for the camera upfront is a bit daunting. And for a similar result, you could pay less for the 2018 SQ6, which sold for $130 when it released, but it can now be found on sale for around $100.

If simplicity and minimalism is your game, the Instax Square SQ1 will be available this October starting at $119.95 and will come in “terracotta orange,” “glacier blue,” and “chalk white.” And yes, it can even make your pandemic life look cool.

Photography by Becca Farsace / The Verge