For TikTok’s top influencers, is time running out? 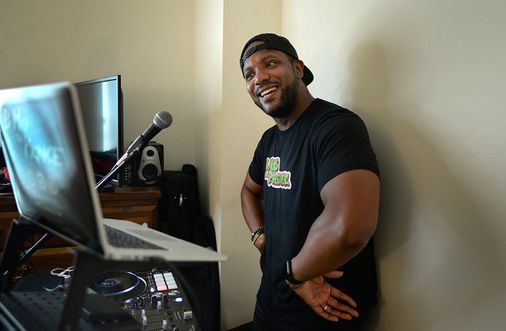 TikTok is a smartphone app that lets users create short videos, set them to music, and distribute them via the Internet to anyone who’s interested. This deceptively simple idea has been leveraged by innovative people around the world. They’ve created millions of remarkable little movies that are often hilarious, heartwarming, inspiring — and most important from a business perspective, utterly addictive.

Moller’s TikTok channel mostly features rapid-fire comedy routines, such as a sketch in which God confronts the year 2020 and demands to know why so many dreadful things have happened. It’s quick, clever, and lucrative. Clothing makers pay Moller to wear their products in his videos, and he also promotes his own line of branded clothing, which has brought in $1,000 in just the first two months of sales. A maker of water bottles, The Coldest Water, has signed a contract with Moller to promote its products and he also receives a monthly fee from TikTok for live broadcasts.

“I’ve been able to stay afloat with COVID taking away my other two jobs and the income from my business,” he said. “Banning the app will again strip me of yet another source of income.”

Moller’s 433,000 followers are small potatoes compared to the true giants in the influence game, people such as Charli D’Amelio, a 16-year-old who has attracted nearly 85 million followers, and has a Dunkin Donuts coffee drink named after her.

TikTok claims 800 million worldwide use the app, including 100 million in the United States, making it far more popular than Twitter. And it makes TikTok the first Chinese media company to become hugely popular in the rest of the world.

But TikTok’s success has alarmed some governments. They fear China could use the service to spread propaganda, or that Chinese intelligence agencies could force TikTok to hand over stores of sensitive data about users in other countries.

Already India, which fought a military skirmish with China earlier this year, has cut off its citizens’ access to the TikTok network. Some Australian legislators have also backed a ban, though that government has said it has no plans to do so. And in August, President Trump announced that in 90 days he would ban US companies from doing business with TikTok’s parent company Bytedance as well as Tencent Holdings, maker of another popular Chinese app, WeChat.

Several major companies based outside of China have expressed interest in acquiring TikTok’s US operations, including Microsoft, Oracle, and Walmart. But last week, the Chinese government said that it would have to approve any such sale, a new hurdle that could make it impossible to make a deal before the Trump deadline.

Caught in the middle are thousands of TikTok influencers such as Moller, who spend hours each week coming up with videos that will attract hordes of followers, and give them the opportunity to turn their popularity into cash.

Kyle Gove, another Boston-area TikTok influencer, has just 30,000 followers for his videos, which mostly feature snarky commentaries on Massachusetts geography and culture. But that’s been enough to let him earn money by promoting job search app JobGet and online retailer Old Dirty Boston.

“TikTok promotions have really helped me out with my financial situation,” Gove said. “The money I’ve made has helped me afford some extra general expenses.”

Influencers often team up with companies that can help build their audiences and win them lucrative endorsement deals. For example, Amp Studios in Huntington Beach, Calif., represents Brent Rivera, with 33 million TikTok followers, and Ben Azelart, who has more than 10 million followers. Amp runs influencer campaigns on behalf of corporate titans like LG, Coca-Cola, and Walt Disney.

Amp cofounder Max Levine said the threat of a TikTok shutdown has cast a pall over his business, because Fortune 500 companies don’t want to launch new marketing campaigns on a platform that’s in the government’s crosshairs.

“There has been a dip in terms of new campaigns that we’re doing on TikTok,” Levine said. “They don’t want to invest in something that won’t be around in a month or two.”

Some influencers are spreading their time across other social media channels. It’s common for them to have accounts on YouTube and Instagram, and now some are trying to attract their TikTok audiences to these rival platforms.

“I’ve been able to grow substantially over there in the past few weeks,” said Miksis, who has 500,000 followers on TikTok, and about 48,000 on Instagram. He’s also started an account on another rival video service, Triller.

“Short-form video content isn’t going anywhere,” said Miksis, “so I’m confident that I would be able to build a following again on a different app in a post-TikTok world.”

Moller is also scrambling to get traction on Instagram, though with a mere 10,700 followers he’s got a long way to go.

Still, there’s reason for optimism. A deal to sell off TikTok’s US business may yet be worked out; the Trump administration is considering extending the deadline for a second time, according to news accounts, to allow more time for negotiations. And even if the administration tries to follow through on its shutdown threat, expect lengthy challenges in the courts.

Even though Moller fears for his influencer income in the short run, he believes that in one form or another, TikTok will survive.

“Sooner or later this’ll get worked out,” Moller said. “There’s too much money to be made.”