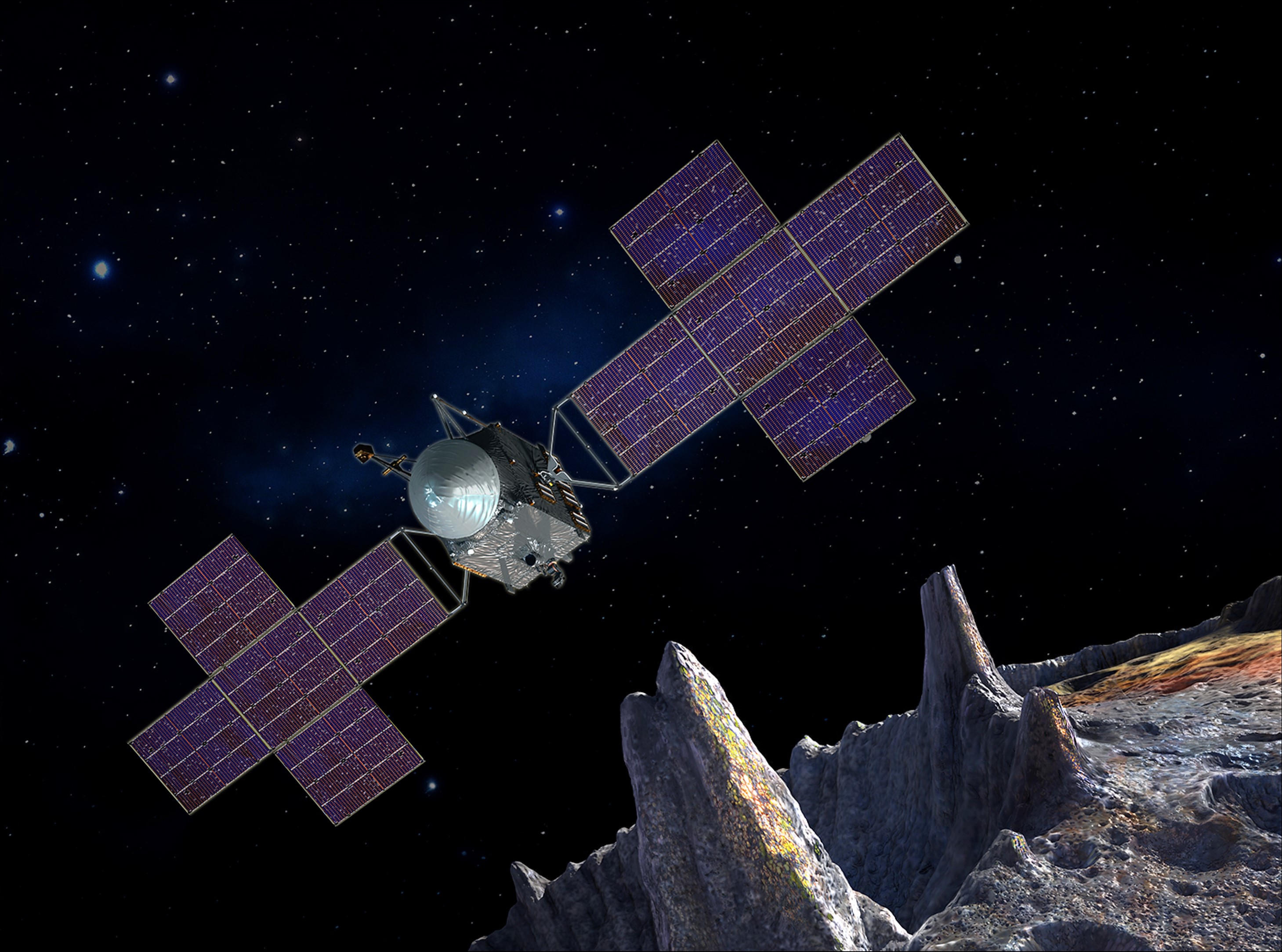 Seattle-based First Mode has been awarded a $1.8 million subcontract from NASA’s Jet Propulsion Laboratory to build flight hardware for NASA’s Psyche spacecraft, which is due to conduct the first-ever up-close study of a metal-rich asteroid.

Under the terms of the firm, fixed-price contract, First Mode is to deliver a deployable aperture cover that will shield Psyche’s Deep Space Optical Communications system, or DSOC, from contamination and debris during launch. The contract calls for the hardware to be delivered in early 2021.

Psyche is set for launch in 2022, and after a years-long cruise that includes a Mars flyby in 2023, it’s scheduled to arrive at the asteroid Psyche in the main asteroid belt in early 2026.

In addition to studying the asteroid Psyche, the spacecraft will test laser-based communications with Earth from deep space. The DSOC system’s aperture cover is designed to open early in the mission to kick off the technology demonstration.

For decades, robotic spacecraft have used radio waves to send back data and receive commands. But because laser beams have shorter wavelengths than radio waves, they can pack more information into a given period of time. It’s theoretically possible for laser-based systems to boost data transmission rates by a factor of 10 to 100 — potentially revolutionizing deep-space communications.

Maggie Scholtz, First Mode’s vice president of engineering, said the contract award recognizes the company’s engineering capabilities “and shows confidence in our ability to execute at the level of rigor and reliability required for deep-space missions.”

“First Mode engineers are experts in designing for extreme environments, and with this Psyche mission subcontract we continue to take advantage of our rich history of contributing to NASA programs, including Mars 2020 Perseverance and Europa Clipper,” she said today in a news release.

First Mode says it’s currently in the prototype development phase of the project — which will set the stage for final hardware design, followed by construction and testing of the flightworthy deployable cover. The company’s work on the Psyche mission is supported by an expanded manufacturing facility, including a clean room, environmental testing equipment, a mechanical shop, an electrical fabrication area and a large-scale assembly area.

The Psyche mission is led by Arizona State University, with JPL in charge of mission management, operations and navigation. First Mode is also working with ASU on a concept for a long-duration lunar rover, and with Anglo American on a new breed of mining truck.

First Mode was founded in 2018 by veterans of Planetary Resources, a now-defunct asteroid mining venture that was headquartered in Redmond, Wash.