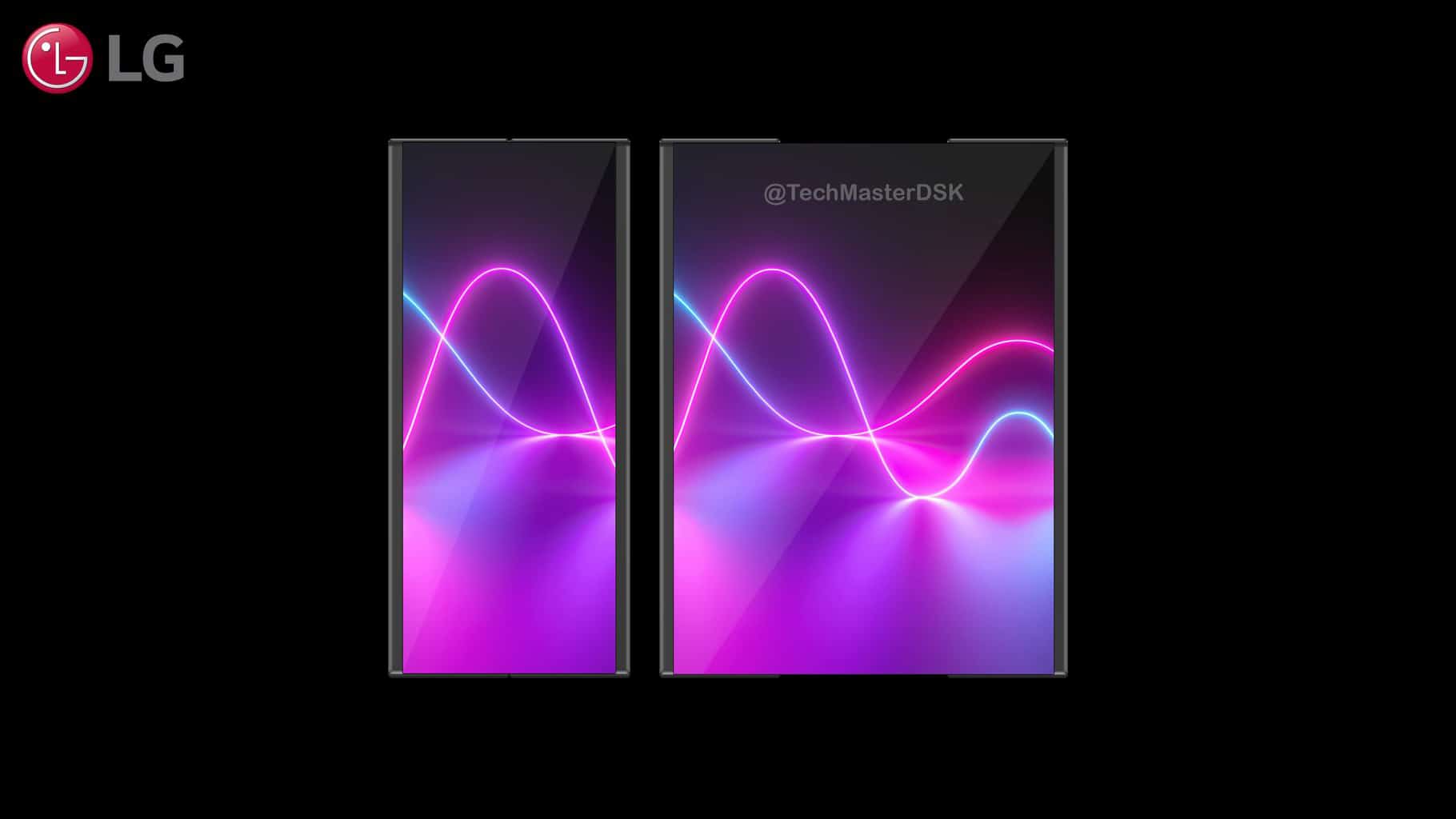 An unprecedentedly expandable LG smartphone that’s been rumored about for some time now is becoming a reality in 2021. That’s according to Ross Young a recently established – but so far extremely reliable – display industry insider. I.e. a person with enough industry ties to know this is happening but not enough LG ties to keep quiet.

Young’s latest prediction even comes with an added bonus of a decent-quality illustration. Or the other way around, to be more specific.

The renders featured herein went from a curious concept to a newsworthy visual within one hour earlier today. As the Twitter exchange embedded below clearly shows. Plus, it confirms one of LG’s most excitingly feasible flexible smartphone patents to date is verging on commercialization.

That would be the “expandable smartphone” design submitted for IP protection review in early 2019 and published last November. By all accounts, the few illustrations found within that application were the sole basis for the renders at hand.

The image itself shows only the front view of the still-conceptual device, though in both its modest and extended forms, thankfully. Last year’s IP documentation suggests the back of this gadget will be just as curious-looking, as well.

When contracted, the design resembles a miniature closed elevator door. Stretching it out results in a less uniform shape which even the limited angle shown above hints at.

But questionable ergonomics are par for the course when it comes to any novel form factor in consumer electronics. Most importantly another unique and truly flexible design could be just the thing to shift the foldable momentum into a higher gear.

Further adding to this rumor’s credibility is a working prototype of a rollable mobile display LG showcased last month. It isn’t directly relevant to the foldable LG smartphone now expected to hit the market within the next nine months.

But it does prove LG’s flexible screen tech is already at least as moldable as that of Samsung. Mass-producing it presents another set of challenges, of course. Yet between this incredibly futuristic-looking expandable smartphone design and the comparably distinctive dual-screener called the Wing, it would appear the bold, aggressive LG of old is reawakening. And nothing breeds innovation like inspired competition does – especially in consumer tech, of all industries.