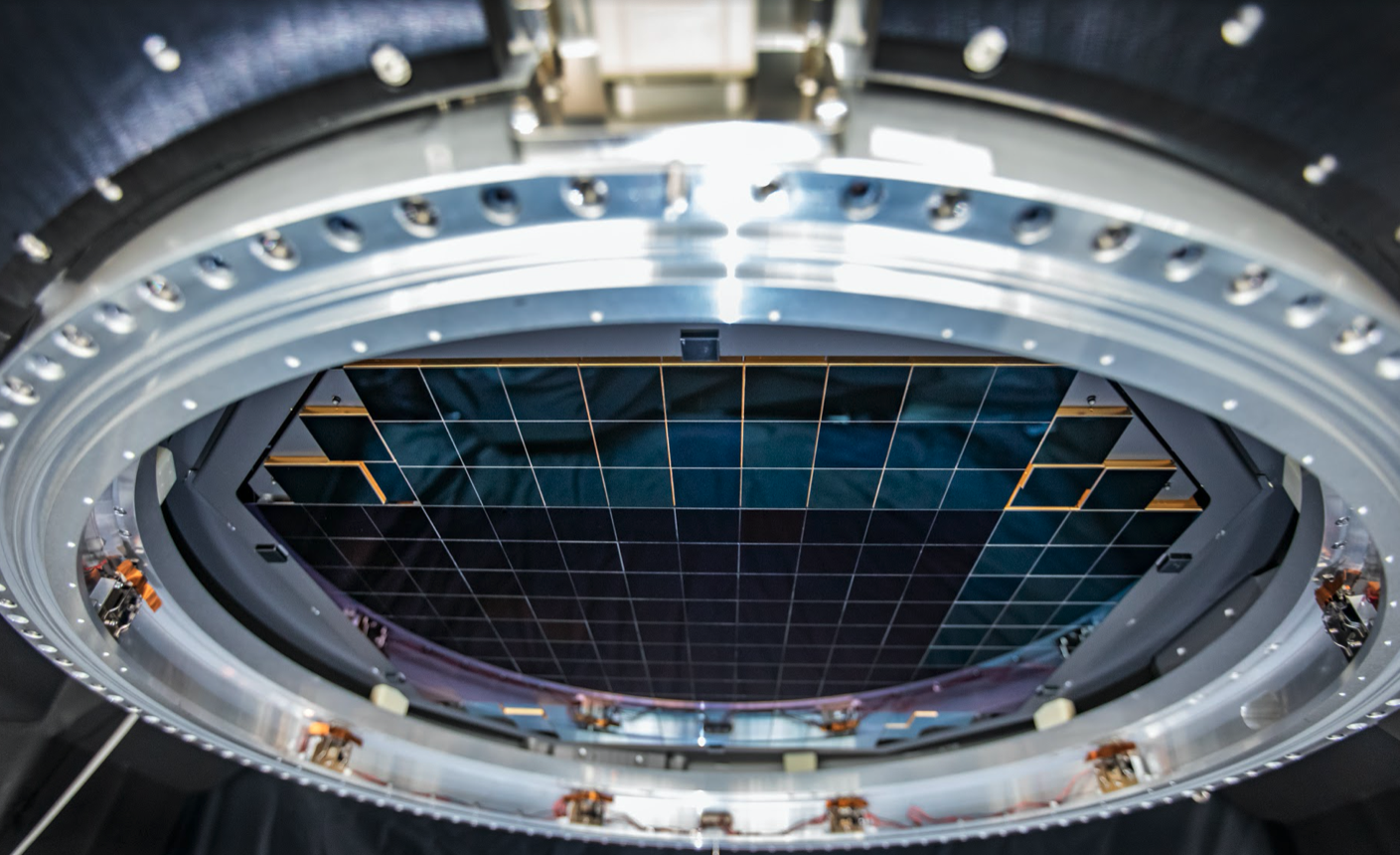 Sensors set to be used in the “world’s largest digital camera” have snapped the first ever 3,200-megapixel photos, the largest ever taken in a single shot.

Experts from the SLAC National Accelerator Laboratory said in a media release today the sensors will be used inside a high-tech space-gazing camera at the Vera C. Rubin Observatory, an astronomical facility under construction in Chile.

The high-resolution sensors will soon play a key role in the observatory’s Legacy Survey of Space and Time (LSST), a decade-long research project hoping to answer questions about “the structure and evolution of the universe and the objects in it.”

According to its website, the project is seeking to understand dark energy, details about hazardous asteroids and mysteries about the structure of the Milky Way.

Attempting to put the sheer scale of the results into context, the SLAC team developing the LSST camera said images taken on the sensors are so large it would take 378 4K ultra-high-definition television screens to display just one of them in full size.

It’s a capability the team said will be needed for the astrophysical research at the Rubin Observatory. When finished, the camera is expected to generate panoramic images of the total southern sky—one panorama every few nights for 10 years.

The data could prove vital for the LSST project, which is aiming to produce a “motion picture of our universe” by recording the evolution of the skies above via imagery.

The first set of images using the new sensors were taken during a test for the camera’s focal plane, which captures light from objects and converts it into electrical signals then used to produce digital images—much like modern consumer cameras.

But the SLAC experts stressed this was no ordinary technology. The focal plane has 3.2 billion tiny pixels and is “no more than a tenth of the width of a human hair.” The result is that the sensors can take extremely sharp high-res images, experts said.

This is not a camera that you will be able to put in your pocket, either. The researchers said the focal plane is more than two feet wide. For additional context, they said it would be able to capture a portion of the sky about the size of 40 full Moons.

For the duration of the 10-year project, the finished camera will collect images of about 20 billion galaxies. The final product will be designed so the sensors will be able to spot objects that are “100 million times dimmer than those visible to the naked eye.”

“These specifications are just astounding,” said Steven Ritz, who is a project scientist for the LSST Camera at the University of California, Santa Cruz. “These unique features will enable the Rubin Observatory’s ambitious science program.”

“The data will improve our knowledge of how galaxies have evolved over time and will let us test our models of dark matter and dark energy more deeply and precisely than ever. The observatory will be… for a broad range of science—from detailed studies of our solar system to… faraway objects toward the edge of the visible universe.”

While the sensors show promise, work is not complete on the camera’s assembly. Next, over the new few months, the team will insert the focal plane into the camera body, add a large optical lens and a filter system to study the sky in different colors.

The team said the massive “SUV-sized camera” should be ready for final testing in mid-2021 before finally starting its journey to the Chile observatory.

“Nearing completion of the camera is very exciting, and we’re proud of playing such a central role in building this key component of Rubin Observatory,” said JoAnne Hewett, SLAC‘s chief research officer and associate lab director for fundamental physics.

“It’s a milestone that brings us a big step closer to exploring fundamental questions about the universe in ways we haven’t been able to before,” Hewett said.