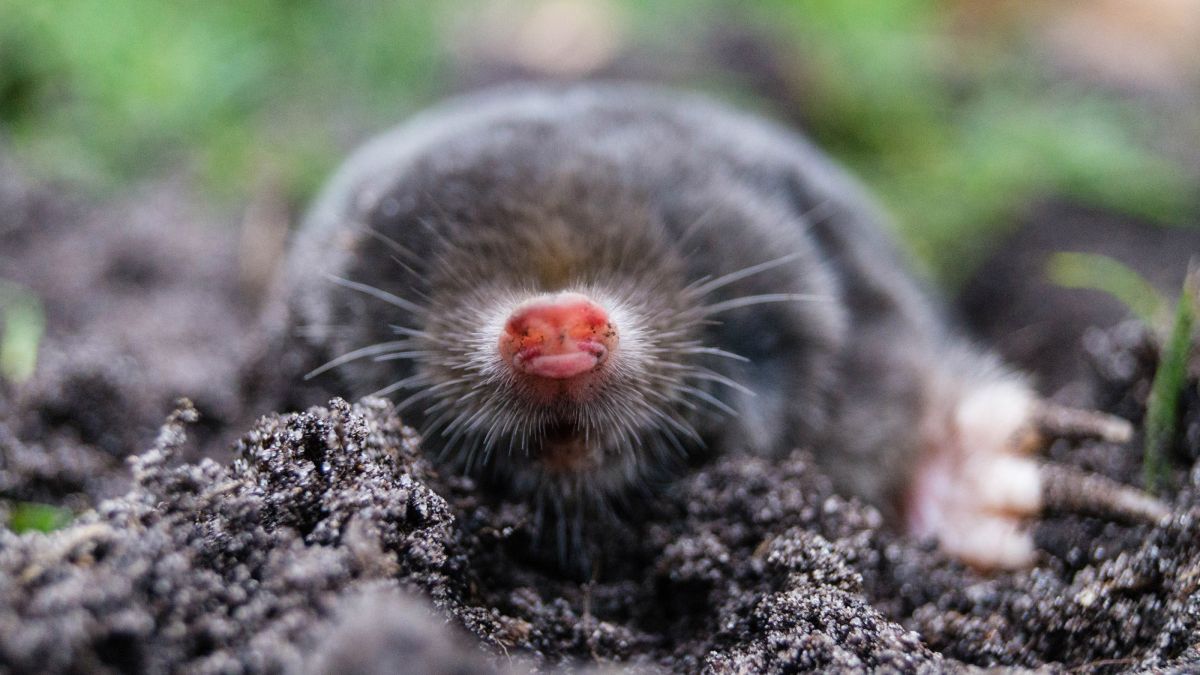 If any animal understands the horrors of trench warfare, it has to be the mole. Faced with an enemy, there’s no time for pleasantries. No place to hide. Aggression is all that matters.

To help them fight in this brutal world, evolution has granted the female mole a generous dose of ‘roid rage’ by tacking some testicles onto her ovaries – resulting in a unique bit of anatomy called an ovotestis.

Now, researchers have a better understanding of how this fascinating biological change came about.

“The sexual development of mammals is complex, although we have a reasonably good idea on how this process takes place,” says geneticist Darío Lupiáñez from the Max Planck Institute for Molecular Genetics.

“At a certain point, sexual development usually progresses in one direction or another, male or female. We wanted to know how evolution modulates this sequence of developmental events, enabling the intersexual features that we see in moles.”

Just like a more typical mammalian ovary, ovotestes nurture and release eggs for fertilization. They also happen to have a lump of testicular tissue stuck to one side.

While it’s not capable of making sperm cells, it does have what are known as Leydig cells for churning out a masculine-sized serving of androgens, or male sex hormones.

Usually the development of testicular tissue in mammals relies on the presence of a gene on the Y chromosome to ramp up testosterone production early in development.

Lacking a Y chromosome makes it a lot harder for an embryo to kick off the chain of events that produce testes. So just how it happens in female moles, which have two X chromosomes instead of an X and Y, has long been a mystery.

An in-depth analysis of their genomes now reveals just how this quirk of nature came about in the first place.

“We hypothesized that in moles, there are not only changes in the genes themselves, but particularly in the regulatory regions belonging to these genes,” says geneticist Stefan Mundlos from the Max Planck Institute for Molecular Genetics.

To test this, Mundlos and his colleagues pulled out all of the stops to map out the chromosomal remodeling the Iberian mole (Talpa occidentalis) underwent to modify their ovaries into testosterone factories.

We’re talking not just mapping the gene activity in different regions of their sex organs, but a recording of the epigenetic edits to their DNA and an examination of datasets describing how entire mole chromosomes have changed structurally.

They compared their results with genomes in other animals, as well as specific genetic changes found in the American star-nosed mole (Condylura cristata); another critter with ovotestes.

The result is a better understanding of how the mole’s genome has been shuffled around over time in order to deliver a perfectly timed dose of regulatory growth factors.

Specifically they found a region involved with testicular development is flipped, adding extra code to a region that activates the pro-testicular growth factor gene FGF9.

“The triplication appends additional regulatory sequences to the gene – which ultimately leads to an increased production of male sex hormones in the ovotestes of female moles, especially more testosterone,” says lead author, Francisca Martinez Real from the Institute for Medical Genetics and Human Genetics in Germany.

Testing out these changes in transgenic mice resulted in females with similar amounts of androgens as the males, supporting the researchers’ hypothesis of large scale genomic changes being responsible for the testosterone surge.

“Our findings are a good example of how important the three-dimensional organization of the genome is for evolution,” says Lupiáñez.

“Nature makes use of the existing toolbox of developmental genes and merely rearranges them to create a characteristic such as intersexuality. In the process, other organ systems and development are not affected.”

To the female mole, the evolution of intersex has been a winning formula for survival.

Far from being aberrations, the blurring of lines throughout the animal kingdom is a constant reminder that Mother Nature simply doesn’t give a hoot about clear boundaries between male and female.

This research was published in Science.

This article was originally published by ScienceAlert. Read the original article here.