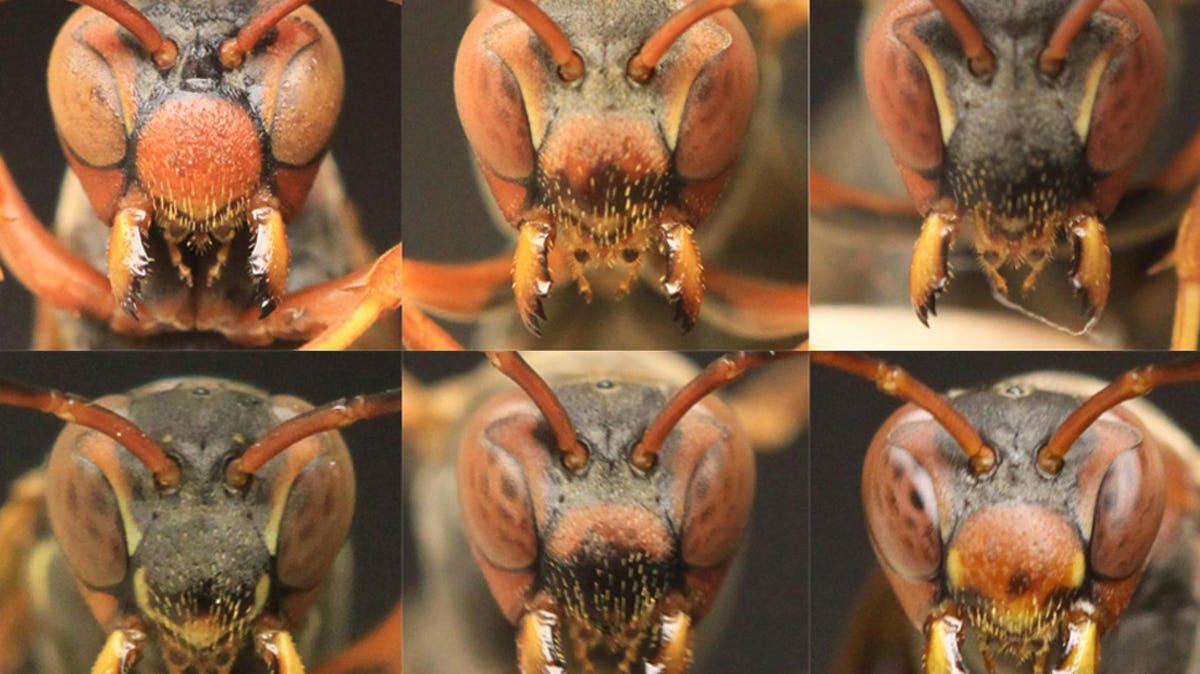 Scientists have long wondered how prehistoric humans quickly unstuck themselves from the Stone Age and rapidly became as intellectually and socially capable as modern humans. Recent discoveries about wasps and their cognitive abilities may hold a clue.

Anthropologists and archeologists generally agree that humans became capable of forming abstract ideas, communicating symbolically, and creating art around 35,000 – 70,000 years ago. Yet the set of new competencies don’t seem to have had anything to do with increased brain size. Instead, alterations to the brain’s wiring may have sparked the new talents.

How Did Humans Suddenly Become Smarter?

Yuval Noah Harari, an historian at the Hebrew University of Jerusalem, claims that the dramatic cognitive revolution of the species Homo sapiens started about 70,000 years ago, at about the time that humans migrated out of Africa. In his book Sapiens, he suggests that cultures formed when humans acquired both language and imagination and could, for the first time, share thoughts “about things that don’t really exist.” This meant they could believe together in fictional entities like tribal spirits or a ruling god. Feeling loyalty for collective figments of the imagination, they could follow the social norms and obey the rules of very large groups of people.

The earliest use of paint in caves seems to pre-date that time. But representational art came on the scene shortly after the time at which Harari pegs the cognitive revolution. One piece of early evidence of humans’ new imaginative power is the superbly sculpted, anthropomorphic “Lion Man” statue that’s made of ivory and that dates from perhaps 40,000 years ago. It is confirmation that someone long ago could fancy something never actually seen by anyone: a man with the head of a lion. Lion Man was found  in 1939 in the Hohlenstein-Stadel cave of Germany’s Swabian Alb, a mountain range in what is now southern Germany.

UCLA physiologist, evolutionary biologist, and biogeographer Jared Diamond dates humans’ cognitive revolution a little later than Harari (and many other scientists) do. Borrowing a phrase from Mao Zedong, he suggests that at about 35,000 years ago human cultures took a cognitive “great leap forward.” The difference between 70,000 and 35,000 years ago is relatively insignificant on the scale of human evolution, which began about 6.5 million years ago when humans evolved away from the common ancestor that produced both them and chimpanzees. Around 1.8 million years ago, humans developed far larger heads than they’d previously had. By making childbirth much more difficult, that change may have wreaked havoc on human population numbers. Fortunately, by around half a million years later, head sizes were back to about what they are now. For the next 1.2 million years there were plenty of physical changes to H. sapiens. But the archeological record shows no evidence of a capacity for language, abstract thinking, or symbolic communication.

Jared and Harari agree that, sooner or later, a bit of genetic code relating to cognition changed  … in someone. The resulting neuronal re-wiring made that individual so successful that he or she survived where others might not have, as did his or her children, who inherited the new, lucky code. Quickly enough, that person’s genome swept across the species and generations. To be clear, though, sweeping “across the species” might not have been preposterously difficult at the time. Diamond calculates that various climate crises and evolutionary bumbles like super-large skulls had reduced the entire human species to a few thousand people.

The alteration of the basic genetic code seems to have brought improved memory as well as refinements in the area of the brain responsible for language. What we know for sure is that humans learned to talk and, eventually, to write with symbols. They became fully capable of innovative, modern behavior. Problems of dialect, costume, friendlessness, and culture shock aside, Shakespeare might have felt at least a little at home among them. People had recognizably human minds.

But, hey: Can evolution really happen that rapidly?

Paper wasps mix their saliva with fibers from dead wood or plant stems and build their nests out of a substance that looks like grey paper.

There are many species of paper wasp. One, Polistes fuscatus, live in colonies of anywhere from several to several dozen adults. Most females are non-breeding workers. Males are drones; they work and they inseminate queens. Queens lay all of a nest’s eggs, and up to five queens can inhabit a single nest. When there are multiple queens, there’s a queen hierarchy, and it requires queens to exercise aggression, deference, and other tricks of diplomacy in order to survive.

The ability to recognize faces of members of their species is not common among insects. P. fuscatus can do it, and according to Michael Sheehan, an assistant professor in the Department of Neurobiology and Behavior at Cornell University, the talent probably makes queen-to-queen negotiations go more smoothly.

Studying the genome of P. fuscatus at Cornell, researchers looked for evidence of a genetic change underlying the unusual facial recognition intelligence of P. fuscatus. This winter in the journal Proceedings of the National Academy of Sciences of the United States of America (PNAS) they reported the results of their research.

They had found long, identical or nearly identical stretches of genetic code in every P. fuscatus. Often these sequences included genes known to control vision, learning and memory — all of which could play crucial roles in facial recognition.

Wanting to learn whether those sequences are indeed responsible for P. fuscatus’ distinctive intelligence, the researchers also looked at the genomes of P. metricus and P. dorsalis, two closely-related paper wasp species that don’t have the facial recognition ability. As Sheehan explained in an email, “In those species we found many instances of selection [evolution], but also found that what has been under selection is not related to vision, learning and memory.”

In other words, all three species showed identical or nearly identical genetic sequences that represented mutation. But only the P. fuscatus sequences included genes that might bring about the capacity to recognize faces.

The Cornell team also reported that the genetic mutation they’d identified in P. fuscatus seems to have occurred rapidly and recently — perhaps only a few thousand years ago.

Population genetic theory holds that really fortunate mutations boost the reproductive potential of an animal. The one animal with the mutation will probably reproduce at a higher rate, passing on the mutation to many offspring. They and their offspring can go on to reproduce more, too, as can their offspring, with all of the progeny of the original animal carrying the mutation and eventually taking over the species.

Meanwhile, with each passing generation, DNA recombination takes place. Some genetic material gets accidentally reshuffled, making the unique chunk of code that is associated with the mutation progressively smaller.

As Sheehan explained by email, “We found that, in P. fuscatus, the stretches of code we think are tied to facial recognition are long. That suggested to us that the mutation is relatively recent. The sequence hasn’t had time to shrink.”

Queens recognizing each others’ faces and remembering who they’ve already battled and where they are in the pecking order probably helps limit intra-nest aggression. Because scientists generally agree that pressures from the environment drive evolutionary change, Sheehan understands the battle of the queens to be the probable driver of paper wasps’ great leap forward of intelligence.

“The really surprising conclusion here is that the most intense selection pressure in the recent history of these wasps has not been dealing with climate or catching food or parasites, but getting better at dealing with each other. That’s pretty profound.”

There’s no telling whether social needs actually spurred the momentous cognitive changes that Yuval Noah Harari , Jared Diamond, and many of their scientific peers have described. What the wasp studies from Sheehan’s lab make clear, though, is that evolution doesn’t always involve gross physical changes that happen at a glacial pace. Cognitive evolution may not require eons. On an evolutionary scale, it might happen more like lightning.