Extinction Is Not Inevitable. These Species Were Saved. 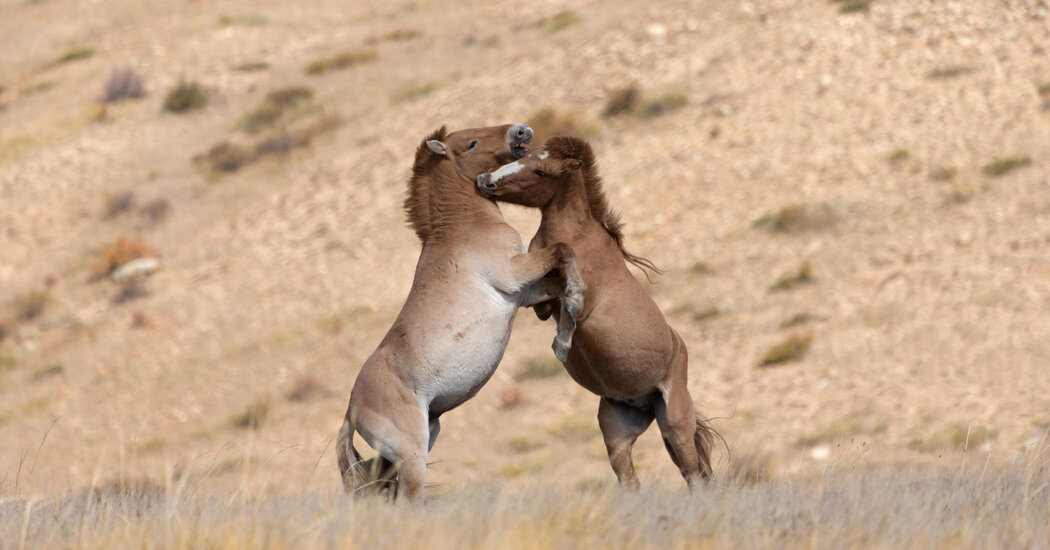 The Przewalski’s horse is exceptional. It is the only horse species that has never been domesticated, and it also managed to very narrowly escape a brush with extinction.

By 1969, agriculture, hunting and a string of severe winters had caused the species to disappear from its last range in Mongolia. Some horses survived in captivity, but in the 1960s, they were quickly being inbred to the point of no return. The horse was saved, however, by a carefully controlled, last-ditch captive breeding program in zoos and by conservationists who reintroduced it back to Mongolia in the 1990s. Today, more than 760 Przewalski’s horses roam Mongolia.

As the horse’s story exemplifies, extinctions are not inevitable. Since 1993, conservation efforts have saved up to 48 mammal and bird species from that dark fate, according to a study published on Wednesday in Conservation Letters. Without such interventions, extinction rates for mammals and birds over the past 27 years would be three to four times higher, the authors found.

“It’s nice to have these positive stories to show that, actually, we can make a difference,” said Rike Bolam, a postdoctoral researcher in biodiversity policy at Newcastle University in England, who led the study. “There is so much negative press about biodiversity loss, but the knowledge that we can turn things around, even if it’s just for a small number of species, is quite powerful.”

In general, wildlife is disappearing rather than rebounding. From 1970 to 2016, populations of nearly 4,400 species declined by an average of 68 percent, according to a report also published Wednesday by the World Wildlife Fund. A study published in June found that mass extinctions are accelerating and that 500 species are likely to become extinct over the next 20 years.

In 2010, members of the Convention on Biological Diversity — a United Nations treaty that most countries, but not the United States, are signatories to — agreed to an ambitious goal: preventing the extinction of threatened species by 2020. Dr. Bolam and her colleagues undertook their new study to see how well the world has lived up to that challenge.

The researchers created a list of mammal and bird species classified since 1993 as critically endangered by the International Union of Conservation of Nature, and then narrowed that list to ones that had come extremely close to extinction. They then consulted up to 28 experts per species to evaluate whether conservation efforts played a key role in saving the animal from extinction, and averaged the experts’ scores.

The findings revealed that, since 2010, conservation efforts have saved 9 to 18 bird and two to seven mammal species. Up to another 23 extinctions were prevented from when the convention was created in 1993 to when countries set the extinction prevention goal in 2010. Among the success stories were the black-footed ferret, Javan rhinoceros, pygmy hog and pink pigeon.

While 15 mammal and bird species are known or suspected to have gone extinct since 1993, including one since 2010, the findings show “that we have been able to make some progress,” Dr. Bolam said.

“To me, the highest value of these results is as a proof of concept: We can prevent extinctions, they are not an unavoidable destiny,” said Sandra Díaz, an ecologist at the National University of Córdoba in Argentina, who was not involved in the new study. It is unrealistic, however, to assume that scientists can “dedicate the same amount of targeted effort to every species on Earth that becomes threatened by our actions,” Dr. Díaz said.

Many species on the list of successes are also still critically endangered, she continued, and some of those brought back from the brink of extinction may still be pushed over the edge. At last count, for example, only six vaquita — the world’s smallest porpoise, which are killed as bycatch in illegal fishing in Mexico that is driven by demand in China — still exist.

Rather than view the case studies highlighted in the new paper as “a sign that the tide of biodiversity decline has turned,” Dr. Díaz said. Instead, she said, we should seek inspiration from the findings to scale up conservation efforts and tackle the root causes of species loss.