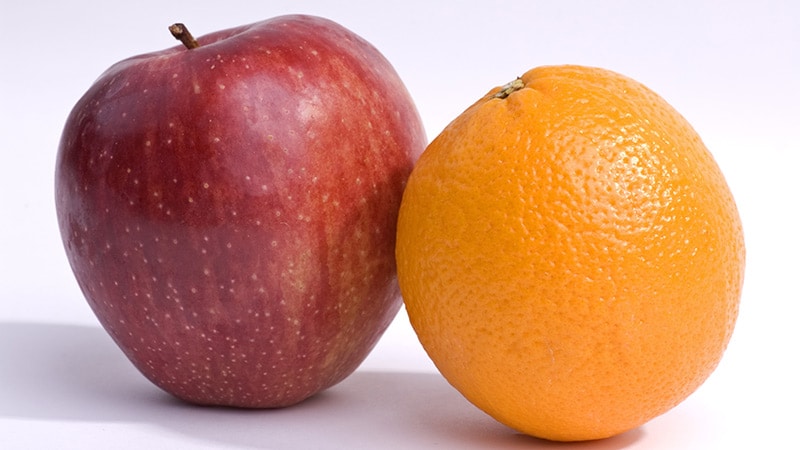 Investigators from the EXCEL trial have doubled down on the July publication of their study’s outcomes based on an alternative definition of myocardial infarction (MI) resulting from coronary revascularization, a key part of the controversy that has dogged EXCEL for a year or more.

The latest, more granular EXCEL analysis pits periprocedural MI (PMI), as defined in the trial’s protocol, against PMI according to the more stringent third Universal Definition Of Myocardial Infarction (UDMI). The stakes for EXCEL’s message are high because PMI is part of the composite primary end point.

The new analysis concludes with a preference for interpreting EXCEL — which compared percutaneous coronary revascularization (PCI) and coronary artery bypass (CABG) surgery in patients with left-main coronary artery disease (LMCAD) — using the protocol-specified PMI definition, which was based solely on levels of CK-MB (and sometimes troponin), rather than the UDMI. That alternative definition adds clinical signs, electrocardiography (ECG), or imaging to the biomarker assay criteria.

In a separate publication, SYNTAX Extended Survival (SYNTAXES) study investigators tackled the same issue by reinterpreting their own trial, also with PMI in its primary end point, according to five separate published PMI definitions. Those definitions varied according to whether they considered clinical, ECG, or imaging criteria along with biomarker assays.

In SYNTAXES — which compared PCI and CABG in patients with triple-vessel coronary disease, LMCAD, or both — PMI at PCI predicted 10-year mortality by all five definitions. PMI at CABG predicted mortality only at 1 year, and only when defined by biomarker assay plus the other clinical, ECG, or imaging criteria, the report notes.

The new analyses, both published September 28 in the Journal of the American College of Cardiology, meticulously illustrate what many EXCEL trialists and observers have already acknowledged: that the rate of PMI associated with coronary revascularization profoundly depends on the definition of MI.

Collectively, the reports suggest that in EXCEL and SYNTAXES, outcome differences between PCI and CABG and the prognostic impact of PMI hinge on whether it is defined by presence and degree of enzyme or troponin elevations with or without the additional criteria.

For some observers, who note that enzyme and troponin elevations in CABG are almost routine but in PCI are an event to be avoided, the new reports also question the fairness of a primary end point containing PMI at all in comparisons of the two strategies.

EXCEL Analysis a Response to Criticism

The new EXCEL analysis is the latest chapter in a continuing and highly public controversy over how the trial defined MI, especially PMI, in the primary results that were published and reported at meetings. A former EXCEL officer, among others, alleged that the reported primary results used the biomarker-only PMI definition to the exclusion of a UDMI-based definition that is also described in the protocol.

The allegation was leveled most vocally by David Taggart, MD, PhD, University of Oxford, United Kingdom, who declined to be interviewed for this story.

Using the biomarker-only definition, EXCEL reports have concluded that PCI was mostly noninferior to CABG in the trial; observers held that the UDMI definition would have shown CABG to be superior.

As previously reported, EXCEL trialists were also criticized for allegedly burying any analysis of the study that used the UDMI definition of PMI, which they have vehemently denied doing.

The new analysis is part the group’s response. In it, the authors’ rationale for preferring the biomarker-only version of PMI stems partly from their demonstration of a consistent PMI effect on late mortality after both PCI and CABG using that definition.

“The pre-specified protocol definition of PMI, which detects extensive myonecrosis, was an independent predictor of cardiovascular and all-cause mortality, with similar hazard after PCI and CABG,” the report states.

They also prefer the biomarker-only definition because, they say, it doesn’t introduce ascertainment bias from the UDMI’s added clinical, ECG, or imaging criteria, which skewed the PMI rate higher for those patients undergoing PCI.

The third UDMI “had a differential prognostic significance” in EXCEL, senior author Stuart J. Pocock, PhD, told theheart.org | Medscape Cardiology. It “seemed to bring into the PCI group a number of extra MIs, which had no prognostic significance; their mortality over the subsequent 5 years was not elevated.”

But in the CABG group, the smaller number of MIs identified by the third UDMI “carried very significant excess mortality over 5 years after the MI,” said Pocock, a biostatistician at the London School of Hygiene and Tropical Medicine.

The definition based solely on biomarker assays, in contrast, “sort of got it right, in the sense that the MIs that happened in the PCI and CABG groups seemed to carry the same prognostic significance,” he added. By favoring the CK-MB-based protocol definition, “we felt we were matching apples and apples rather than apples and oranges.”

Two of the five definitions for PMI that the SYNTAXES group applied in their study combined biomarker assays with other evidence of MI, such as new Q-waves on the ECG or imaging; those definitions were from their own SYNTAX trial protocol and the fourth UDMI.

The other three PMI definitions allowed only for enzymatic or troponin elevations above prespecified thresholds; those included biomarker-only definitions from the EXCEL and ISCHEMIA trials and one developed by the Society for Cardiovascular Angiography and Interventions.

Among the entire SYNTAXES population of PCI and CABG recipients, PMI by definitions combining biomarkers and ECG or imaging significantly predicted all-cause mortality “and are therefore clinically relevant,” contends the report, with first author Hironori Hara, MD, University of Amsterdam.

However, the analysis also suggests that “definitions based mostly on isolated (even marked) enzyme elevations have no significant correlation with all-cause mortality after CABG at 1 and 10 years,” the group writes.

“Therefore, the discrepancy in the impact of PMI after CABG on mortality in the SYNTAXES and EXCEL trials may all be due to the different rate of PMIs defined purely by raised cardiac biomarkers.”

Cardiac enzyme releases during CABG tend to be generalized — the result of cardioplegia, arterial clamping, and other major manipulations of the heart — but during PCI are more from localized muscle injury resulting from temporary coronary occlusion during stent expansion, explained Serruys, who shares lead author status with Hara on the SYNTAXES report and is a coauthor on the EXCEL analysis.

Such PMIs that are prognostic will likely show up as a Q-wave on the ECG, a wall-motion abnormality, or perhaps a perfusion defect, all of which “have consequences for early and late mortality.” So measuring mortality will already account for the hazard presented by PMI, questioning the need to include PMI the primary end points of these trials.

“You will pay the bill at the end of 1 year or at the end of 10 years — you will be either in heart failure by then or you will die. So I think that by looking at all-cause mortality, it incorporates these important periprocedural MIs,” he said.

The new EXCEL analysis “does not materially change the overall conclusion that PCI is inferior to CABG with respect to mortality, nonprocedural MI, and repeat revascularization, with no major difference in stroke, in patients with low to moderate complexity LMCAD,” added Kaul, of Cedars-Sinai Medical Center, Los Angeles, who isn’t associated with the EXCEL or SYNTAXES reports.

In EXCEL, “the protocol-defined PMI is biased toward PCI, as the more invasive surgery is associated with greater leak of cardiac enzymes,” he said. “So it stands to reason that clinically relevant end points — that is, UDMI-defined MI and not protocol-prespecified biomarker-defined MI — should ideally be used to drive the real take-home message of trials comparing PCI vs CABG.”

Offering another take, Sunil V. Rao, MD, said he considers it important that “trials state up front what definitions they are going to use for their primary analysis, and then adhere to the protocol. That’s what appears to have happened in the EXCEL trial.”

Although the two new analyses are “a welcome addition to the literature, ultimately what’s important are events that matter to patients,” Rao, of Duke Clinical Research Institute, Durham, North Carolina, told theheart.org | Medscape Cardiology. Among those are “MIs that are associated with mortality, and mortality itself.”

Given that, he added, “my interpretation and application of the EXCEL trial doesn’t really change. In our practice, patients with significant left main disease are evaluated by a heart team, and if the patient is not a candidate for CABG — either due to high surgical risk or patient preference — then we offer PCI, because EXCEL tells us that it’s a reasonable option.”

In both new analyses, the addition of ECG or imaging criteria to biomarker assays “had a substantial impact on MI diagnosis after CABG,” agrees an editorial accompanying the EXCEL and SYNTAXES reports.

“Biomarker elevation alone, even at high levels, without these supporting criteria, increased the frequency of procedural MI but appeared to add little, if any, to the value of MI as a correlate with subsequent mortality,” it states.

Future trials comparing revascularization strategies, therefore, may need to use one set of PMI criteria for PCI and a different set for CABG, he contends.

“If we cannot find definitions that fit these purposes, then perhaps it is time to remove procedural MI from primary composite endpoints,” he concludes.

Pocock, however, said that a way to include PMIs in such comparisons should be found, because in EXCEL, biomarker-only PMI was associated, approximately, with a doubling in mortality in both the PCI and CABG groups. “So they do matter; they are of prognostic importance.”

The best time to heed PMI as a predictor of bad outcomes is in clinical practice, Serruys said, “if the periprocedural MI is a severe one with Q-waves and substantial release of enzyme.” As a clinician, he added, he would “keep an eye on that patient” more carefully than on one with a PMI that lacks a corroborating biomarker elevation or other supplemental test.

EXCEL was sponsored by Abbott Vascular. SYNTAXES was supported by the German Foundation of Heart Research. Pocock had no disclosures. Serruys discloses receiving personal fees from Biosensors, Micel Technologies, Sinomedical Sciences Technology,Philips/Volcano, Xeltis, and HeartFlow. Kaul has previously reported no disclosures. Cutlip had no disclosures.