Evolution Education in the U.S. Is Getting Better 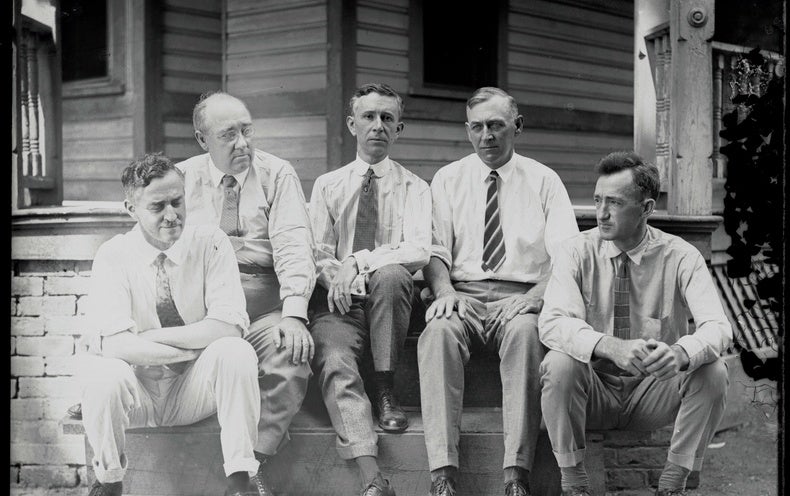 Woo-hoo, d’oh, or meh? Which of these Simpsonian reactions is appropriate to the fact, revealed by a 2019 survey conducted by researchers at Penn State University and the National Center for Science Education (NCSE), that about two in three—67 percent—of public high school biology teachers are presenting evolution forthrightly, emphasizing the broad scientific consensus on evolution while not giving any credence to creationism? Only in the context of the long and contentious history of evolution education in the United States is it clear what the most plausible answer is.

New obstacles then emerged, particularly requirements to teach various forms of creationism as alternatives to evolution. As recently as 15 years ago, in Dover, Pennsylvania, the local school board attempted to require its high school biology teachers to read a statement to their ninth-grade students describing “Darwin’s theory of evolution” as “not a fact,” and commending “intelligent design”—then a trendy slogan for creationism—to their attention as a scientifically credible alternative. The teachers, to their credit, unanimously refused to comply.

But their refusal, together with the controversy surrounding the related trial over the constitutionality of the board’s actions, Kitzmiller v. Dover, intrigued two parents a hundred miles to the northwest, in State College, Pa. Michael Berkman and Eric Plutzer were not just any concerned parents, though: they were political scientists at Penn State with a particular interest in education policy. What—they wondered—are high school biology teachers teaching about evolution, and what factors influence their teaching practices?

To satisfy their curiosity, Berkman and Plutzer conducted the first modern national survey of high school biology teachers in 2007. The results were dire. Only a slight majority, 51 percent, reported that they emphasized the broad scientific consensus on evolution while not giving any credence to creationism, as if to suggest no progress in the 67 years since the less rigorous survey of 1939–1940. That’s why the results of the 2019 survey—a collaboration between Plutzer and the NCSE—are so encouraging.

What accounts for the improvement? Did intelligent design’s crushing defeat in the Kitzmiller trial make the difference? Probably not. Science teachers are guided not by case law but by state science standards, which specify what students in the state’s public schools are expected to learn. Standards thus influence the content of textbooks, statewide testing, and coursework for pre-service and in-service teachers. Importantly, they also provide a shield for teachers facing misguided community pressure over socially contentious topics like evolution.

The results of the 2019 survey suggest that a concerted effort to improve state science standards helped to improve evolution education. The Next Generation Science Standards (NGSS), which debuted in 2013, include “Biological Evolution: Unity and Diversity” as a disciplinary core idea of the life sciences at the middle and high school levels. By now, 20 states (plus the District of Columbia) have adopted the NGSS, and a further 24 states have adopted standards based on the same evolution-friendly framework on which the NGSS are based.

Were states that adopted the NGSS especially hospitable to the teaching of evolution? Not really: in 2007, their teachers were less likely to endorse evolution and not creationism than the national average. By 2019, they were more likely. While a variety of explanations are possible, teachers in NGSS states reported having taken more pre-service and in-service coursework in evolution than their colleagues elsewhere, suggesting that the increased expectations impelled both novice and veteran teachers to upgrade their content knowledge of evolution.

Despite the encouraging trend over a mere dozen years, there is still reason for concern: after all, more than one in six high school biology teachers, 17.6 percent, are still presenting creationism as a scientifically credible alternative to evolution. And almost as many high school biology teachers, 15 percent, are still failing to emphasize the broad scientific consensus on evolution, despite its general prevalence in state science standards and despite encouragement from professional organizations. D’oh!

With 13,500-odd local school districts having primary responsibility for curriculum and instruction, changes to science education are inevitably going to be slow, scattered and incremental. Still, with the aid of uncounted scientists, educators, policymakers, administrators and concerned citizens in general (and perhaps even a certain episode of The Simpsons), clear and convincing improvements for evolution education were demonstrably attained in just a dozen years. It is a victory worth not only celebrating—woo-hoo!—but also enlarging upon.