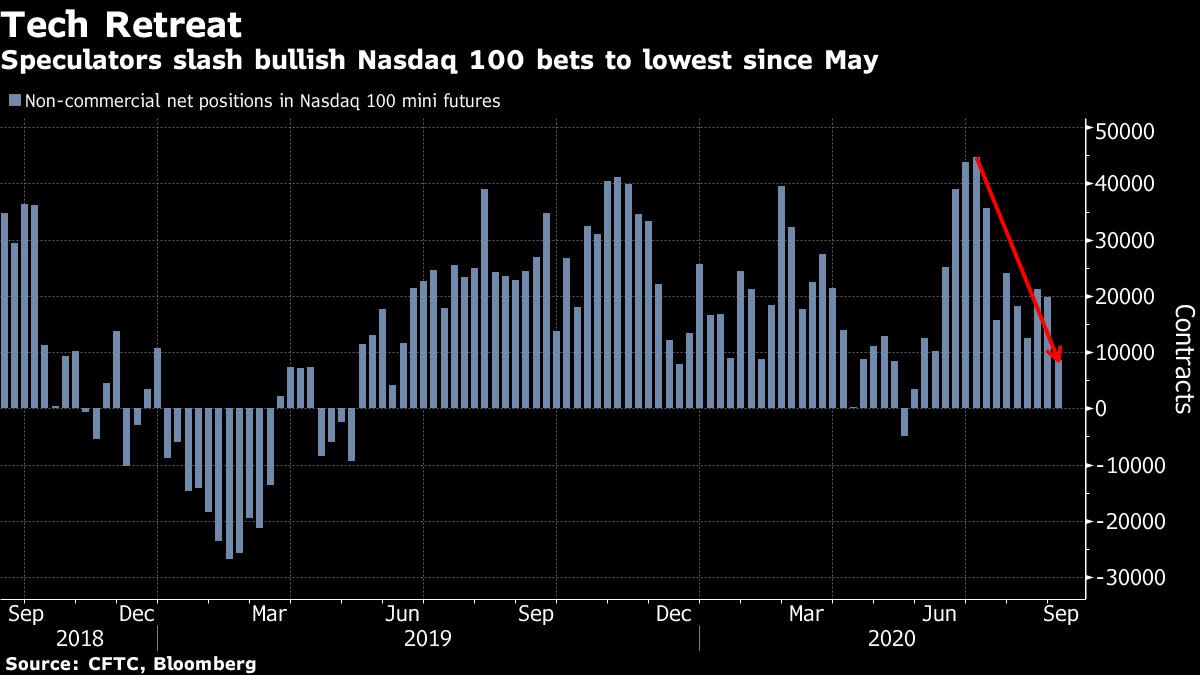 (Bloomberg) — European stocks climbed as analysts speculated the market could be relatively resilient to the tech-led downdraft in the U.S. The pound weakened on concern the U.K. is inching closer to a no-deal Brexit.

Stock futures pointed to further losses for American shares when markets re-open on Tuesday after the Labor Day holiday. Valuation is emerging as a concern for U.S. investors and there’s also nervousness about extreme positions in technology stocks.

Global equities fell the most since June last week as doubt crept into investors minds about whether equities have risen too quickly and valuations are reaching extremes.

U.S. technology shares, which have seen a powerful rally through the depths of the pandemic, showed signs of buckling at the end of the week amid reports that huge options bets were fanning their gains. The roller coaster ensnared SoftBank Group Corp., which slumped 7% after reports that the Japanese conglomerate made massive bets on tech-linked options trades.

“I don’t think this is a start of a downturn in asset prices,” said Robert Greil, chief strategist at Merck Finck Privatbankiers AG in Munich. “We’re only in the first phase of the economic recovery, which makes a major downturn unlikely. Naturally, setbacks are buying opportunities in such an environment.”

The next Brexit negotiating round begins with face-to-face discussions between the U.K. and the EU in London.The ECB will probably hold rates on Thursday but indicate that downside risks have intensified, suggesting further easing is possible before year-end.U.S. CPI data is due Friday, with consumer prices expected to rise in August for a third straight month.