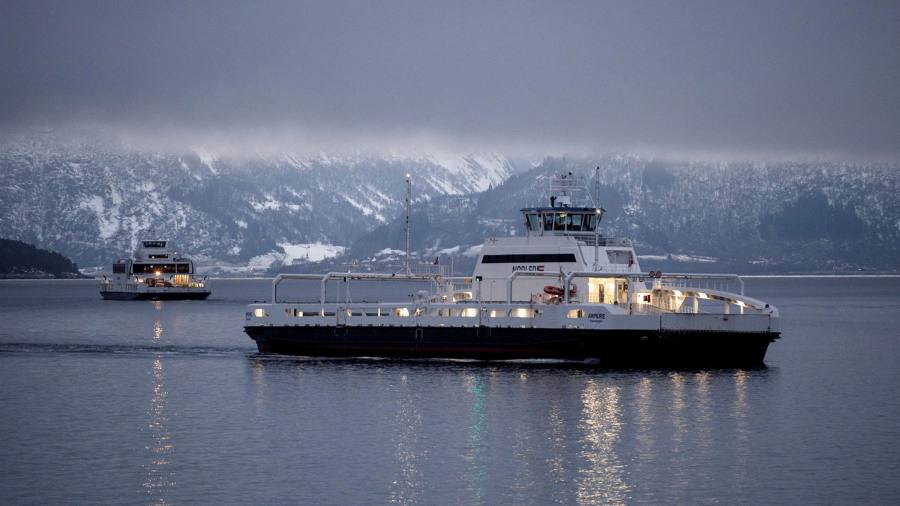 The maritime industry’s carbon footprint is significant — a large container ship can emit the CO2 equivalent of 75,000 cars, while the sector as a whole is responsible for 2.5 per cent of global greenhouse gas emissions.

With pressure on all industries to lower their emissions, maritime companies are looking at renewables to reduce their carbon footprint, with electric vehicle (EV) technology being assessed by the sector as a possible long-term alternative to fossil fuels.

“Electric propulsion is going to play a major role in getting the sector to net-zero [emissions],” says Ben Murray, director of Maritime UK, the British sector’s trade body. “Different solutions — be it hydrogen, batteries or even wind — lend themselves to different types of vessels operating on different routes and with different cargoes.”

Although there has long been talk about the use of EV technology in shipping, there has been little development until recently, says Jonathan Moss, head of transport of law firm DWF.

Electric power has been used while a ship is at port, allowing the vessel to turn off its auxiliary diesel engines and plug into the electricity grid.

Schneider Electric, an energy provider, last year launched a project in Scotland to supply power to the MV Hamnavoe NorthLink ferry while it is docked in Stromness.

The power system, Schneider says, will lower the ferry’s fuel consumption by at least 500 tonnes a year — or 16 per cent — and cut its emission of CO2, nitrogen oxides and sulphur oxides, as well as saving on servicing costs.

Away from port, an electric battery-powered ferry called Ampere has been in commercial operation in Norway since 2015. The shift has cut the ferry’s carbon emissions by 95 per cent and costs by 80 per cent compared with its fuel-powered counterparts. The vessel is more than 80 metres long, and it can carry 120 cars, eight lorries and 350 passengers. Its batteries are recharged in port using power from existing electric infrastructure. 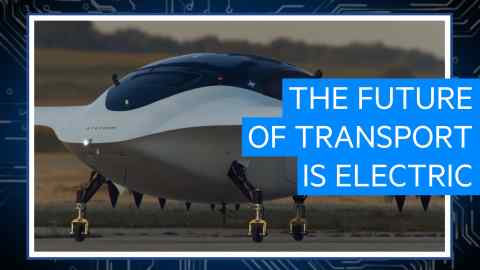 Meanwhile, an all-electric container ship called the Yara Birkeland was scheduled to take its first trip this year before the pandemic halted construction. Yara, a Norwegian fertiliser company, says its ship has zero emissions and will replace 40,000 diesel-powered truck journeys a year.

But despite these advances, there is a limiting factor: lithium-ion batteries.

“Application in the marine sector may be less restricted in cases where ballast is a requirement for stability,” Mr Hinds adds. As such, the adoption of EV technology in the maritime sector should be restricted to light duty applications and smaller boats.

“Given where battery technology is, it is likely that smaller vessels with shorter journeys will be most suited for now. Ferries, inland waterways, coastal shipping and workboats are key candidates,” agrees Mr Murray.

The sector may have to await the development of bigger and more advanced batteries to power the large container ships that carry thousands of tonnes of cargo across the world.

“Where we see this evolving both with EV technology and shore power is the use of smart grids — getting power to the right place when it’s required, effectively integrating renewable energy sources and encouraging demand outside of peak hours,” says Peter Selway, shipping lead at Schneider Electric.

Government incentives, political pressure and new regulations — such as the IMO 2020, aimed at cutting sulphur levels in fuel — may be required to tempt the maritime industry to switch to better energy sources, according to Mr Moss.

However, it may take at least 40 years before many cruise liners and large container ships go fully electric, he adds.

Maritime is a slow-moving industry, and it is for this reason that government incentives could prove crucial to improving its green credentials.

All 150 of Schneider Electric’s shore power projects have received government assistance to encourage companies to take part, this includes government funding in Norway, city and regional authority funding in France and Canada and state-specific funding in the US.

“The challenge is that there’s so many uncertainties regarding this sort of energy — you could put something into place that could last 20-30 years but no one knows what price of marine fuel compared with the cost of grid electricity is going to be in 20 years’ time,” says Mr Selway. “So although the benefits are huge, it needs some kind of government support to really make it happen.”