Election 2020: National promises $1.29b boost for tech sector, with scholarships and charter school 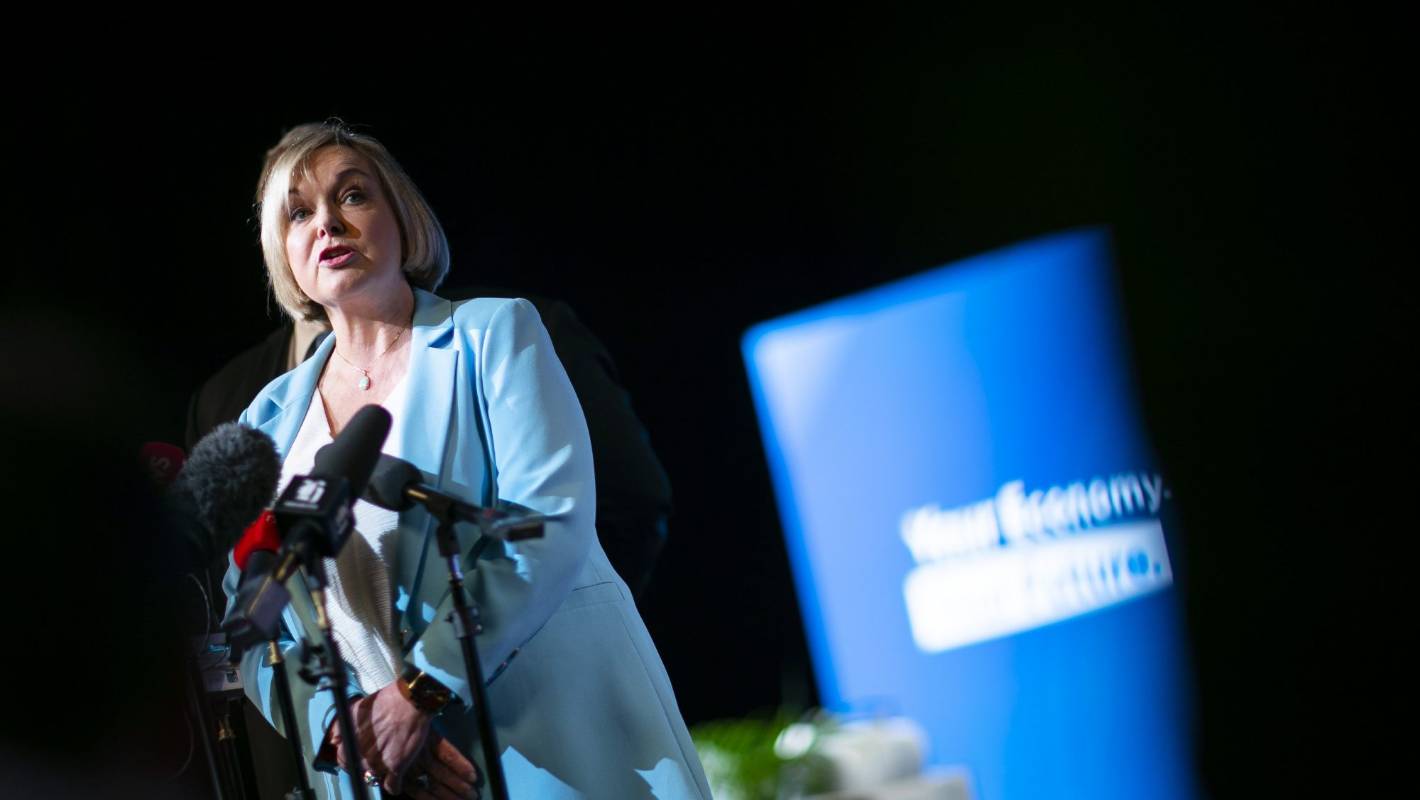 National wants to double the size of New Zealand’s tech sector with a $1.29 billion cash injection, faster internet, a regulatory bonfire and the creation of a Minister of Technology.

The money, announced as part of an election policy in Auckland on Monday, would go towards creating 1000 tertiary scholarships a year to allow students from low-decile schools study science, technology, engineering and mathematics (STEM) degrees.

“We must seize this opportunity to drive a step change in our technology sector,” National leader Judith Collins said.

Judith Collins talks to media about a $4 billion fiscal hole after the National Party’s campaign launch.

The promises come in the party’s NZ Tech 2030 Plan. Currently New Zealand’s tech exports total $8b a year. Collins wants to double this to $16b by 2030.

“If we attract the right talent and create an environment for growth, it could be bigger than our dairy sector in 10 to 15 years.”

National also wants to create three $200 million funds that will invest in kiwi technology. The funds will be half-funded by the Crown, with the remainder coming from the private sector.

National says two of the funds will invest in new start-ups, and the third will provide capital to assist established firms to grow.

The party also wants to create a more tech-friendly regulatory environment for new technologies. It wants to establish a “regulatory icebreaker” unit to help develop regulations that will help “disruptive technologies” succeed.

That could mean more experimental tech being trailed in New Zealand.

Over a longer term, the party wants the rollout of faster internet, with rural blackspots closed, and speeds boosted to 100 mbps of unlimited broadband data on the UFB/RBI network.

Founder Bill Buckley was recently named New Zealand Innovator of the Year for his work in developing a Boron-Neutron Capture Therapy device for the treatment of cancer.

“Bill is a prime example of a Kiwi innovator with exceptional talent who is doing amazing things on the world stage. We need to nurture more like him,” Collins said.

“New Zealand needs to grow its way out of this economic crisis, which will only be possible with the hard work, ingenuity and determination of the private sector.