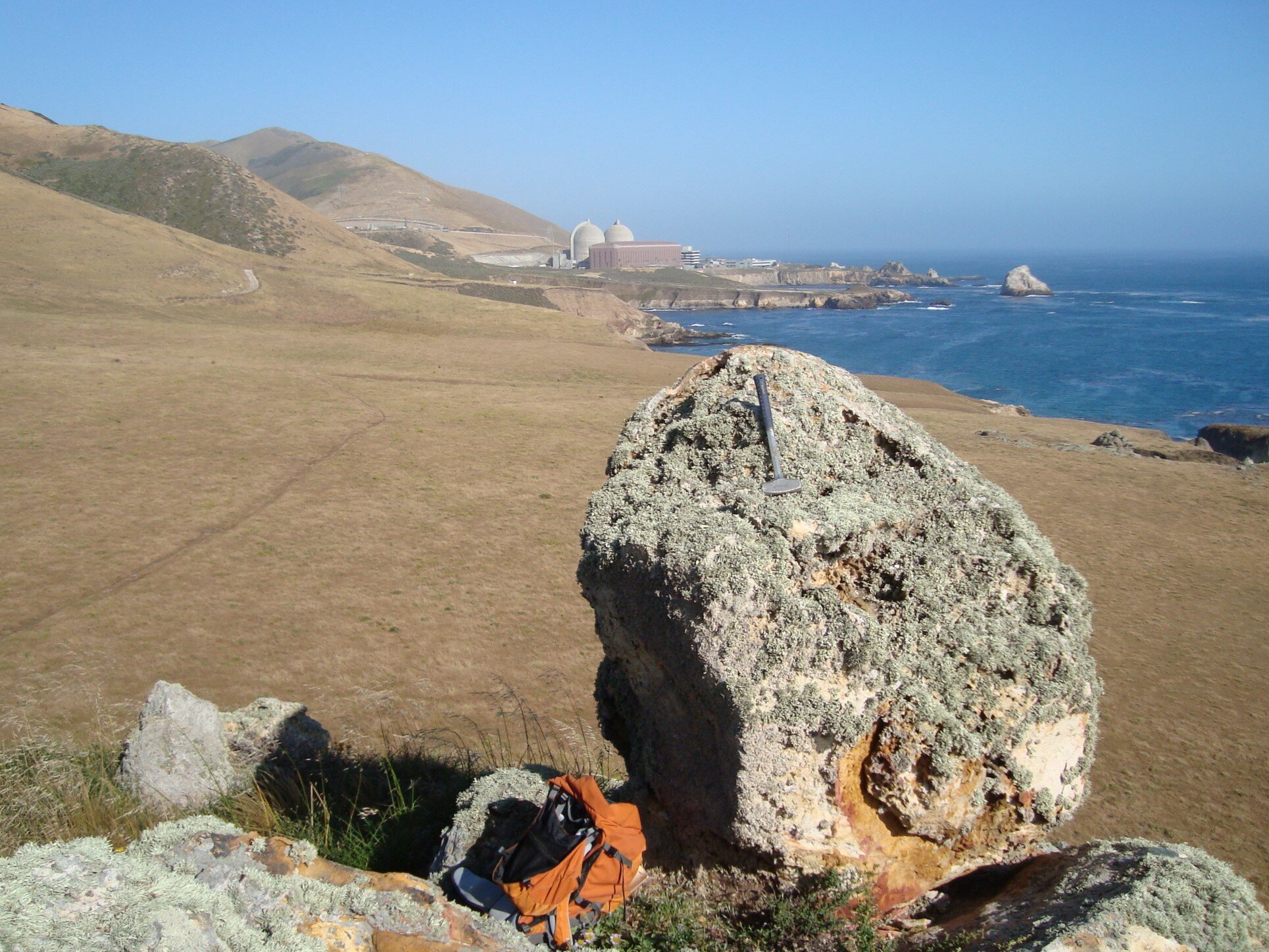 Precariously balanced rocks (PBRs) are formations found throughout the world where a slender boulder is balanced precariously on a pedestal boulder. They form as blocks preserved on cliffs, or when softer rocks erode and leave the harder rocks behind. They can also form when landslides or retreating glaciers deposit them in strange positions.

Despite their delicate balancing act, many PBRs—like the Brimham Rocks in Yorkshire, or Chiricahua National Monument in Arizona—have survived earthquake shaking over thousands of years. They can therefore tell us the upper limit of earthquake shaking that has occurred since they were first formed—shaking that, were it strong enough, would have caused them to topple.

By tapping into ancient geological data locked within Californian PBRs, Imperial College London researchers have broken ground on a new technique to boost the precision of hazard estimates for large earthquakes by up to 49 per cent.

Earthquake hazard models estimate the likelihood of future earthquakes in a given location. They help engineers decide where bridges, dams, and buildings should be built and how robust they should be—as well as informing earthquake insurance prices in high-risk areas.

The findings are published today in AGU Advances.

Lead author Anna Rood, from Imperial’s Department of Civil and Environmental Engineering, said: “This new approach could help us work out which areas are most likely to experience a major earthquake. PBRs act like inverse seismometers by capturing regional seismic history that we weren’t around to see, and tell us the upper limit of past earthquake shakes simply by not toppling. By tapping into this, we provide uniquely valuable data on the rates of rare, large-magnitude earthquakes.”

Current earthquake hazard estimates rely largely on observations like proximity to fault lines and how seismically active a region has been in the past. However, estimates for rarer earthquakes that have occurred over periods of 10,000 to 1,000,000 years are extremely uncertain due to the lack of seismic data spanning those timescales and subsequent reliance on rocky assumptions.

By counting rare cosmic ray-generated atoms in PBRs and digitally modelling PBR-earthquake interactions, Imperial researchers have created a new method of earthquake hazard validation that could be built into existing models to finetune their precision.

To tap into the seismology of the past, the researchers set out to determine the fragility (likelihood of toppling due to ground shaking) and age of PBRs at a site near to the Diablo Canyon Nuclear Power Plant in coastal California.

They used a technique called cosmogenic surface exposure dating—counting the number of rare beryllium atoms formed within rocks by long-term exposure to cosmic rays—to determine how long PBRs had existed in their current formation.

They then used 3-D modelling software to digitally recreate the PBRs and calculate how much earthquake ground shaking they could withstand before toppling.

Both the age and fragility of the PBRs were then compared with current hazard estimates to help boost their certainty.

They found that combining their calculations with existing models reduced the uncertainty of earthquake hazard estimates at the site by 49 per cent, and, by removing the ‘worst-case-scenario’ estimates, reduced the average size of earthquakes estimated to happen once every 10,000 years by 27 per cent. They also found that PBRs can be preserved in the landscape for twice as long as previously thought.

They conclude that this new method reduces the amount of assumptions, and therefore the uncertainty, used in estimating and extrapolating historic earthquake data for estimates of future risk.

Study co-author Dr. Dylan Rood, of Imperial’s Department of Earth Science and Engineering, said: “We’re teetering on the edge of a breakthrough in the science of earthquake forecasting. Our ‘rock clock’ techniques have the potential to save huge costs in seismic engineering, and we see them being used broadly to test and update site-specific hazard estimates for earthquake-prone areas—specifically in coastal regions where the controlling seismic sources are offshore faults whose movements are inherently more difficult to investigate.”

The team are now using their techniques to validate hazard estimates for southern California—one of the most hazardous and densely populated regions of the United States.

Anna said: “We’re now looking at PBRs near major earthquake faults like the San Andreas fault near Los Angeles. We’re also looking at how to pinpoint which data—whether it be fault slip rates or choice of ground shaking equations—are skewing the results in the original hazard models. This way we can improve scientists’ understanding of big earthquakes even more.”