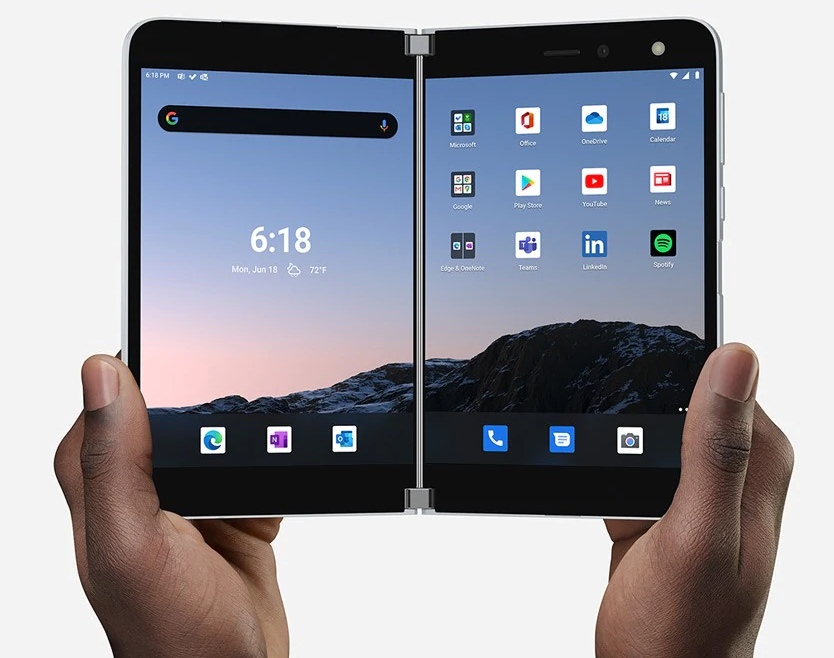 Tech reviewers are giving the company high marks, mostly, for the unique hardware of the Duo, a hinged device with two 5.6-inch screens that unfold like a small book. Microsoft wants to popularize a new category of device, letting users run apps side-by-side in unique combinations to enhance mobile productivity and entertainment.

Surface Duo’s lack of 5G wireless connectivity and its use of an outdated Snapdragon processor were well-known before the launch. But beyond that, the underlying software on the Surface Duo appears to be suffering from numerous bugs, at least in the version that came with review devices.

The Surface Duo is “not ready for me and not ready for you,” writes Joanna Stern of the Wall Street Journal. “Unless, of course, you want an Android device that repeatedly ignores your taps on its screens, randomly slows down, struggles to figure out its own up, down and sideways positioning, and abruptly rearranges parts of its own interface. If that is your dream, well, then it is ready.”

The good news for Microsoft (and for anyone who pre-ordered the device, including me) is that software problems can largely be fixed through updates, and the company has already addressed some of them.

. @Surface Duo is available today. Pumped for you to get your hands on it and experience the power of two screens coming together to help you be more productive and have fun. https://t.co/BT74Tg0ZVv

“Microsoft may have bitten off more than it can chew with the software on the Surface Duo,” writes Dieter Bohn of The Verge. “The original version it sent out to reviewers was riddled with show-stopping bugs and crashes. A little less than a week ago, the company pushed out a software update — the same one that will land on retail devices today — that solved an appreciable percentage of those bugs.”

Bohn praises the Duo’s thin design and hinge. (The hinge is solid without being too stiff, he says.) Overall, in terms of the hardware, he says, “I’m not going to say that Microsoft nailed it with the execution, but they came damn close.”

This is where Microsoft’s years of experience with its previous Surface laptops and tablets appears to be paying off.

However, Bohn criticizes the thick bezels around the Duo’s twin screens, and the muddy images from the 11-megapixel camera. He also says the 6GB of RAM seems insufficient to use two apps simultaneously without experiencing freezing and other hiccups. Watch his full video review below.

In an interview with Input magazine, Panos Panay, Microsoft’s chief product officer, anticipated some of the criticism from tech reviewers. However, he reiterated his belief in the larger vision for the device, and the new experiences it brings to users’ hands.

“There’s a tech-leaning audience and I know I’m not gonna make everybody happy. I’m not trying to chase a tech spec,” he said, adding later: “What I want is for people to know that if you can find this absolute moment of meeting people’s needs with elegance, they’re going to achieve more. It’s pretty simple.”

Stay tuned: My Surface Duo is slated to arrive later today, so I’ll be able to see if that software update helped. I’ll share my real-world experience with the Dio in a follow-up post, after I’m able to spend some time with the device.