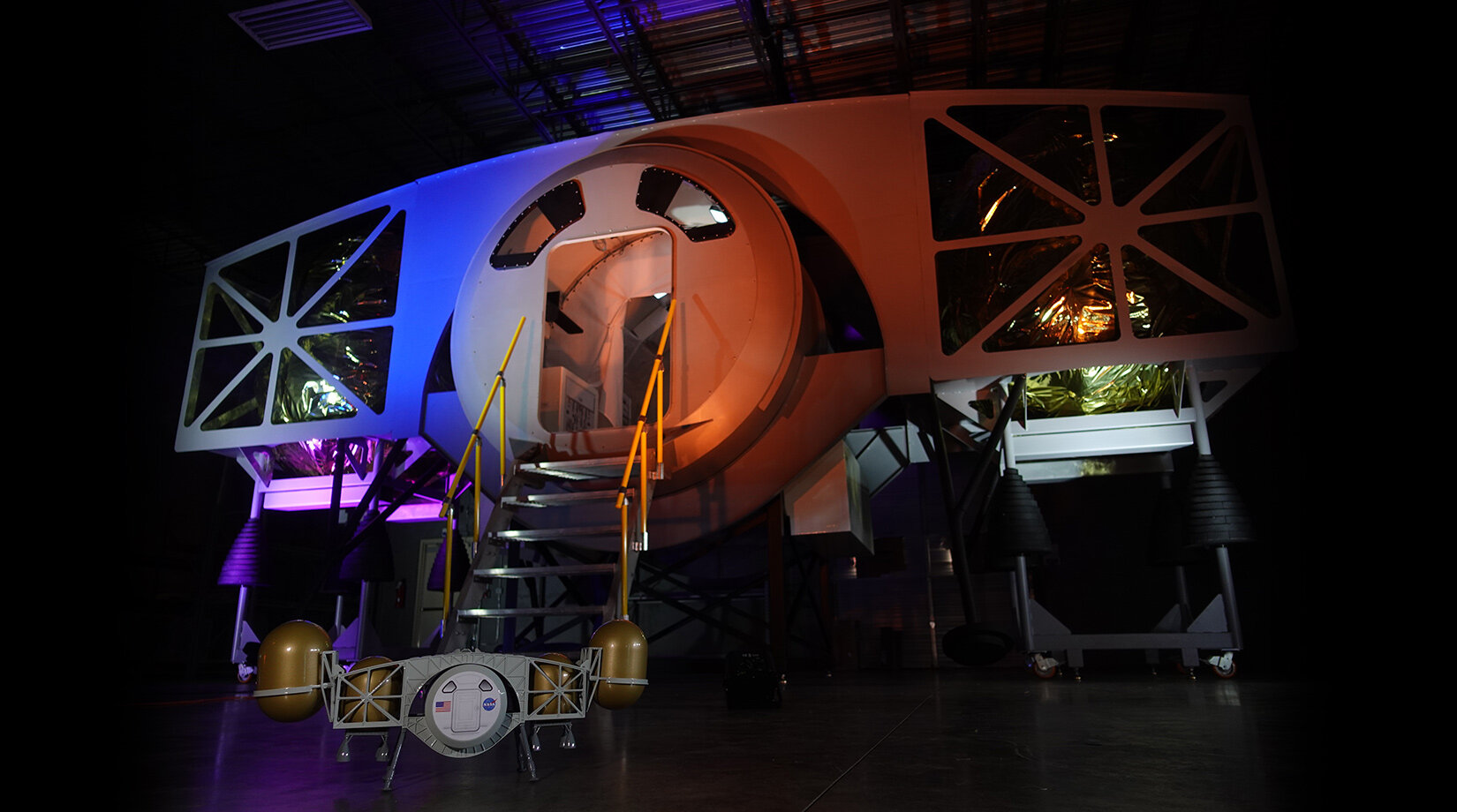 Dynetics has announced on its website that it has completed building a human landing system (HLS) for evaluation by NASA. It is now on display at a facility in Huntsville, Alabama. The HLS by Dynetics is one of three HLS designs being evaluated by NASA for use in the Artemis program. The other two companies are Blue Origin and SpaceX.

NASA’s Artemis program is the successor to Apollo, the program that put human astronauts on the moon. During that program, the HLS was called a lunar excursion module (LEM). It was from that vehicle that Neil Armstrong famously emerged and took one giant leap for mankind. The HLS built by Dynetics is a candidate for a reusable, next-generation LEM. NASA has announced that it has scheduled the first moon landing for 2024. The Artemis program will be historic, as well—it will include the first women to set foot on the moon.

The HLS built by Dynetics is full-scale, which makes it roughly the same height as the LEM, but much wider. It was built with the idea of change in mind. Dynetics has promised NASA that virtually everything they will see inside the lander is changeable. The idea is to get as much feedback as possible from NASA, and also other interested parties, such as former astronauts and future astronauts who might be using the HLS in a future mission—and then to implement the changes to make the HLS the ideal moon landing craft.

The HLS has also been designed to accommodate more mission-critical applications than was possible with the LEM. This means it will be able to provide astronauts the means for conducting more advanced research. NASA has plans to colonize the moon, and the HLS is supposed to set the stage for that. Thus, astronauts will need to be able to carry out geological expeditions as well as experiments to better understand the requirements to build more permanent structures on the surface of the moon. The HLS has also been designed with reusability in mind. After the first mission, the entire vehicle will be launched from the moon to a recovery craft, allowing for multiple trips.