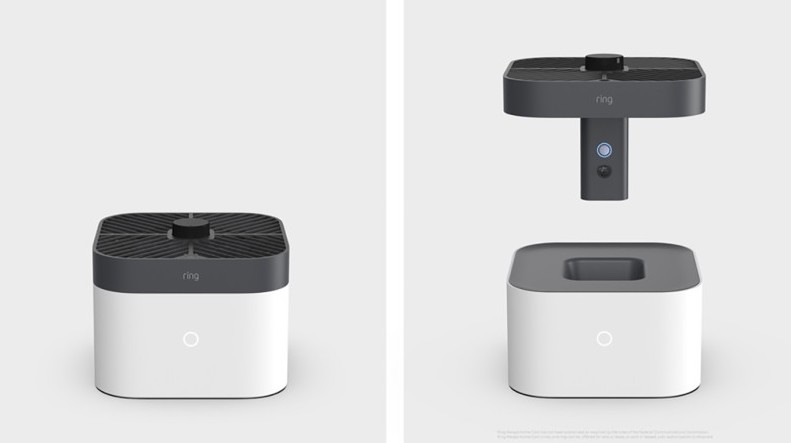 Amazon drones will probably be zipping around outside your house to drop off packages before too long. But before that day arrives, the drones could also be flying inside your home. Ring, the Amazon-owned smart doorbell and security company, unveiled a flying indoor camera on Thursday morning.

It’s “designed with privacy first,” the company said, but some digital security and privacy experts raised concerns about the potential implications of the device.

The Ring “Always Home Cam” is an autonomous, camera-equipped drone that can fly around predetermined areas of a home to offer assorted viewpoints before returning to a docking station to charge. The idea is that a homeowner could check in while away to see if a window was left open or the stove was left on, as Ring founder Jamie Siminoff said in a blog post.

Slated to be available next year, the device will retail for $249, the company says.

Ring said the device only records when in flight, and the camera is physically blocked while sitting in the base. It’s also loud enough to hear when it’s in motion, Siminoff said, and hums at a certain volume so it’s clear the camera is recording.

The camera is equipped with “obstacle avoidance technology” so it won’t crash into an unexpected human or pet while flying its pre-set paths. Ring also said that later this year, customers will be able to turn on video end-to-end encryption for compatible devices from the Ring Control Center.

Despite the company’s assurances, the device raises three privacy implications, said Ryan Calo, a law professor at the University of Washington, in an email to GeekWire and a series of tweets: 1) giving people new capabilities to surveil others in their household or place of business; 2) increasing the company’s access to the details of a person’s home; and 3) a greater sense of being observed and evaluated due to the social meaning that people give to robots and other autonomous machines.

As I wrote ten years ago now, I see robots like the flying Ring as implicating privacy in three ways. https://t.co/bjggru9K1D

Ring cameras were accessed by hackers last year in a series of high-profile security incidents, which the company attributed to weak passwords. It has since implemented two-factor authentication by default, in addition to other precautions.

Others online shared their enthusiasm and fear (or both) for such a device:

Ok this is one of these ideas that’s either absolutely brilliant or really stupid:

This is brilliant… and i know folks have done it before, but a home security drone is a breakthrough for when you’re not home.

Imagine this thing doing an hourly patrol of your home when you’re away…. just amazing. pic.twitter.com/xPvhNnBNwE

unlimited treats for life to the first cat or dog that takes down an indoor Amazon security camera drone 🐶🐱 https://t.co/VXqcfjER3p

I wrote some articles a couple of years ago about the issues with Ring Doorbells and their privacy/security. Now, the company is launching a drone camera that flies inside your home. Imagine if those things got hacked. https://t.co/9vDwbPjaaL https://t.co/zBIenxpFEh

People hacked Ring cameras and used them to spy on children in their bedrooms. Do not, under any circumstances, put an Amazon surveillance drone in your house. https://t.co/DrRq9snqN2

I had to make sure it wasn’t April 1st when reading this.

THIS IS THE FUTURE!

The Always Home Cam from @ring is a fricken DRONE security cam 🤯 https://t.co/K4RAmv0vWo

Uhh, Ring just announced a security drone for INSIDE your home. Yes, it flies around your house recording things. IN. YOUR. HOME. pic.twitter.com/IsJ0fMDrcL

….aaannndd que the ads from Amazon based on scans inside your house 🤢 a very hard NOPE on this one.

Taking helicopter parenting to next level

I’m old enough to remember when you had to dream shit up about robots to scare people.