Disney Plus is coming to Google Assistant smart displays 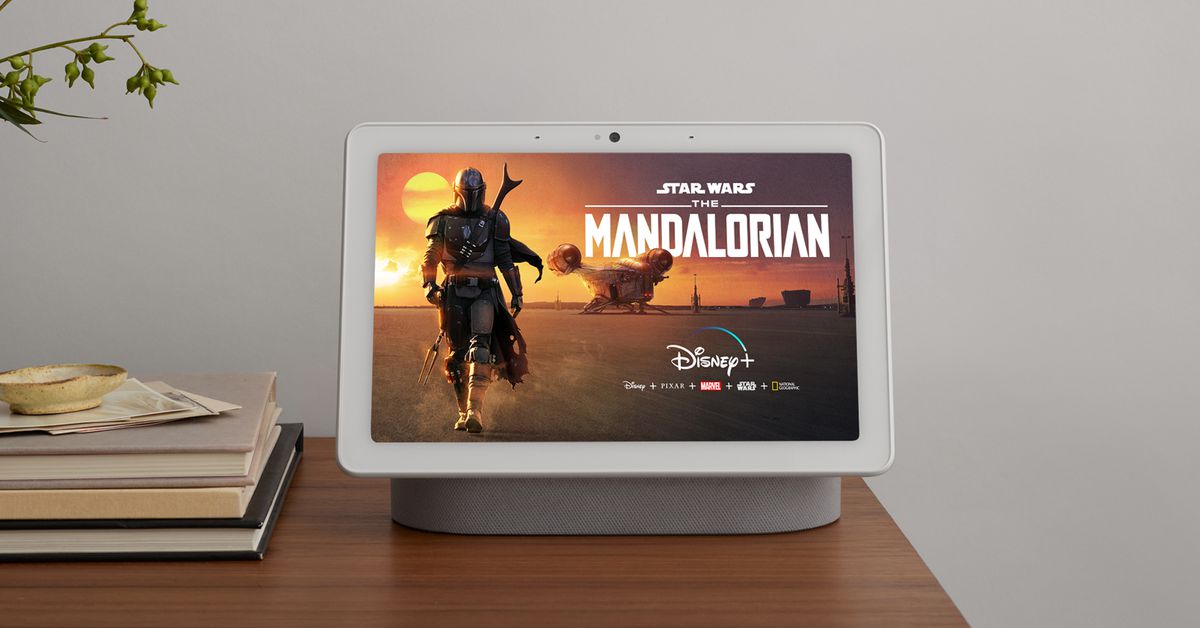 Starting today, Disney Plus’ library of TV shows and movies is available to stream on smart displays like the Nest Hub and the Nest Hub Max, Google has announced. Google says all “Google Assistant-enabled” smart displays will support the feature, which should include similar devices from JBL and Lenovo. Content can be started with a voice command, such as “Hey Google, play The Mandalorian on Disney Plus.”

Streaming Disney Plus on Google smart displays was possible in the past using the Chromecast-enabled Disney Plus app on another device to “cast” a TV show or film to the display. Now, it can be done directly from the smart display itself. You can use a voice command to start a piece of content playing, and Google says that the smart display’s touchscreen can be used to pause and resume playback, as well as skipping forwards and backwards.

In order to enable the functionality, Google says you’ll need to link a Disney Plus account in the Google Home or Assistant app. It’s available in the US, UK, Germany, Spain, Italy, Austria, Ireland, France, Switzerland, Netherlands, Canada, Australia, and New Zealand starting today, and Google says Disney Plus will roll out to more regions in the coming months.

Disney Plus joins Netflix, which started streaming on Google’s smart displays in July. In addition to control via voice commands, Netflix also lets you browse content through the smart display’s touchscreen controls. It even supports gesture controls via the Nest Hub Max’s camera, letting you pause or resume playback by holding up your hand. In the case of Disney Plus, Google says you won’t be able to browse and select content using the smart display’s touchscreen (you’ll have to use voice commands for that), but confirmed that it does support gesture control.

As we mentioned at the Netflix announcement, a small smart display isn’t going to be the most immersive viewing experience. But if you just want to have The Simpsons on in the background while you’re doing the dishes, playing it on a smart display is a pretty convenient solution.