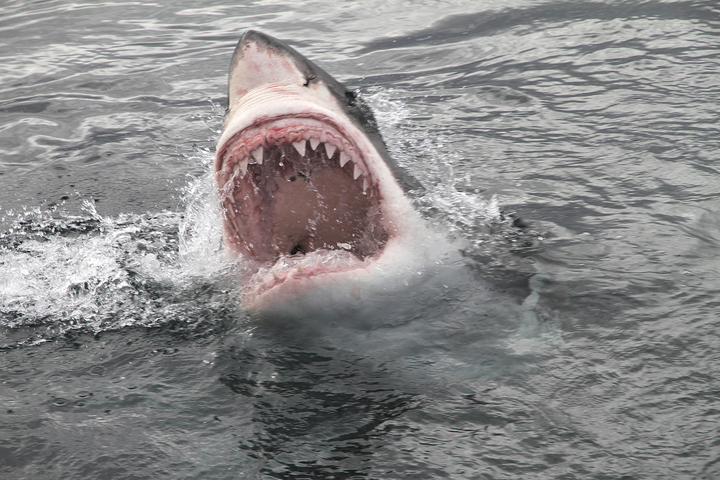 Our understanding of shark evolution may need to be rethought following the discovery of a 410-million-year-old ancestor of this group of fish.

Sharks are cartilaginous fish, meaning their skeletons are made from cartilage rather than bone. It is generally thought this type of skeleton evolved before bony ones, suggesting sharks split from other animals before this happened. While sharks kept their cartilaginous skeletons, other creatures went on to develop bones.

However, this notion of how they evolved is starting to change. In 2015, scientists announced the discovery of a 380-million-year-old shark that appeared to have the remnants of bone cells within its cartilaginous skeleton.

The first fossil evidence for sharks dates back 450 million years, while first shark teeth date to around 400 million years ago. How and when they got their cartilaginous skeletons is unclear as, unlike bone, cartilage is generally not preserved in the fossil record.

In a study published in Nature Ecology & Evolution Monday, researchers report the discovery of a fossilized fish that was related to both sharks and animals with bony skeletons. The creature, which was found in Mongolia, has been named Minjinia turgenensi and dates to 410 million years ago.

“It was a very unexpected discovery,” lead author Dr. Martin Brazeau, from Imperial College London, U.K., said in a statement. “Conventional wisdom says that a bony inner skeleton was a unique innovation of the lineage that split from the ancestor of sharks more than 400 million years ago, but here is clear evidence of bony inner skeleton in a cousin of both sharks and, ultimately, us.”

M. turgenesi belongs to a wide ranging group of animals known as placoderms. It is thought all other animals with jaws and backbones—gnathostomes—evolved from them. The newly discovered fossilized fish was found to have a skull made entirely of bone—something that had never been seen in a placoderm before.

The discovery, the team says, indicates sharks may have initially developed a bony skeleton before losing it in favor of a cartilaginous one—rather than keeping the same skeleton of cartilage for its entire evolutionary history.

“If sharks had bony skeletons and lost it, it could be an evolutionary adaptation,” Dr Brazeau said. “A lighter skeleton would have helped them be more mobile in the water and swim at different depths. This may be what helped sharks to be one of the first global fish species, spreading out into oceans around the world 400 million years ago.”

The team says this is just one sample, so the findings should be taken with caution. However, they are now working through more fossils from the same site so may soon be able to back up their findings with more evidence. “Continued work in Mongolia and re-evaluation of phylogenetic datasets will be necessary to address this, with the results likely to lead to substantial re-evaluation of gnathostome [evolutionary history],” they wrote.