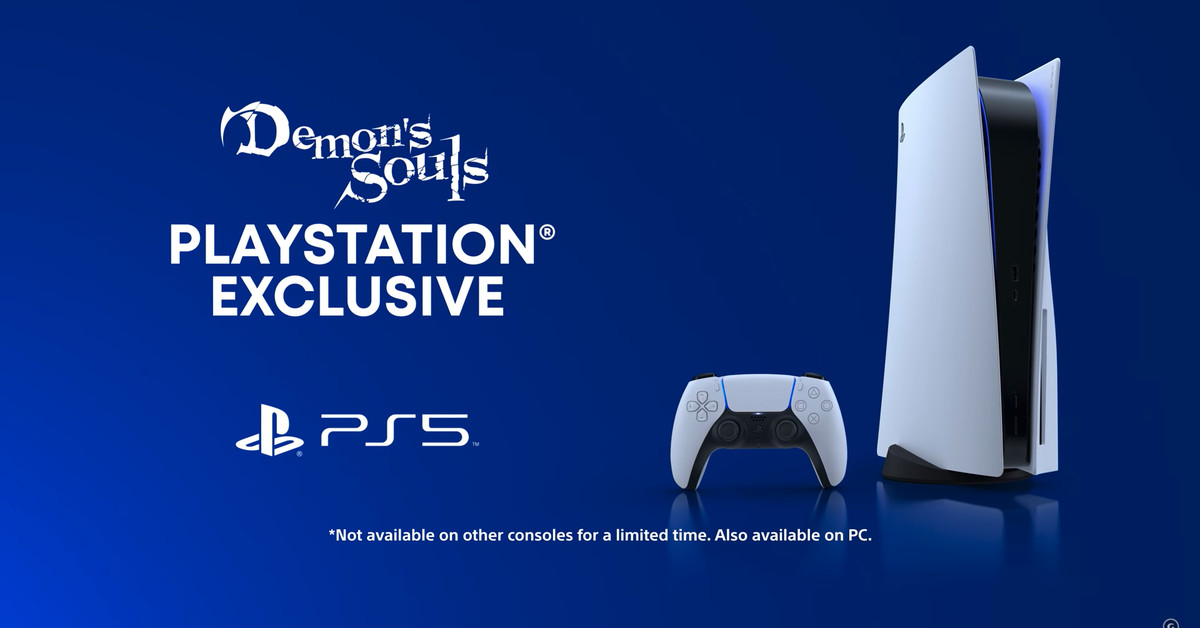 As part of its PlayStation 5 launch event yesterday, Sony said Final Fantasy XVI and Demon’s Souls weren’t just strictly PS5 exclusives — trailers for both games revealed they would also be coming to PC. At the time, that meant the biggest game announced during Sony’s showcase as well as one of the PS5’s most notable launch titles wouldn’t require a PS5 to play them. If you added the fact that both Spider-Man: Miles Morales and Horizon Forbidden West will also be coming to PS4, you might well have decided to wait on picking up a PS5 at launch.

But shortly after the event, Sony and Square Enix went into damage control, saying that Final Fantasy XVI and Demon’s Souls actually aren’t coming to PC after all.

It’s an odd coincidence, and it makes the PS5’s lineup look a lot stronger if both games are exclusive to Sony’s next-gen console. Demon’s Souls is a highly anticipated remake of the 2009 PS3 classic, and it will be one of just six first-party PS5 launch titles.

And Final Fantasy XVI is the next numbered game in one of gaming’s most popular franchises — one that helped build the PlayStation brand. Sony tacitly acknowledged how important the game is to the PS5 by using its surprise announcement to kick off yesterday’s entire presentation — only to reveal in the fine print that the game would come to PC, lessening the announcement’s impact for Sony.

Sony explicitly suggested that PC releases would help grow its business last month, saying in its 2020 corporate report that “we will explore expanding our 1st party titles to the PC platform, in order to promote further growth in our profitability.” While we’re not sure they’re first party, it wouldn’t have been weird if Final Fantasy XVI and Demon’s Souls had come to PC. Just this year, two other huge PS4 titles made the jump, with Death Stranding arriving on PC in July and Horizon Zero Dawn appearing in August. Detroit: Become Human arrived on PC as well.

The official statements from Sony and Square Enix about the games’ availability muddy the waters of this whole situation. A Square Enix spokesperson told The Verge on Wednesday that it has “only announced” Final Fantasy XVI for the PS5, pointing us to a press release. And Square Enix told IGN that “we have no further information on if Final Fantasy XVI will be released on platforms other than the PS5.” If it’s true that it’s exclusive to PS5, why can’t Square Enix just say that?

The situation around Demon’s Souls is a bit clearer, as Sony told Kotaku and The Verge that the PC mention in that game’s trailer was included in error and that the game will be exclusive to PS5. But Sony didn’t reply to questions from The Verge asking whether Demon’s Souls would be a timed PS5 exclusive and might end up on PC later. Death Stranding and Horizon Zero Dawn were also PS4 exclusives, after all.