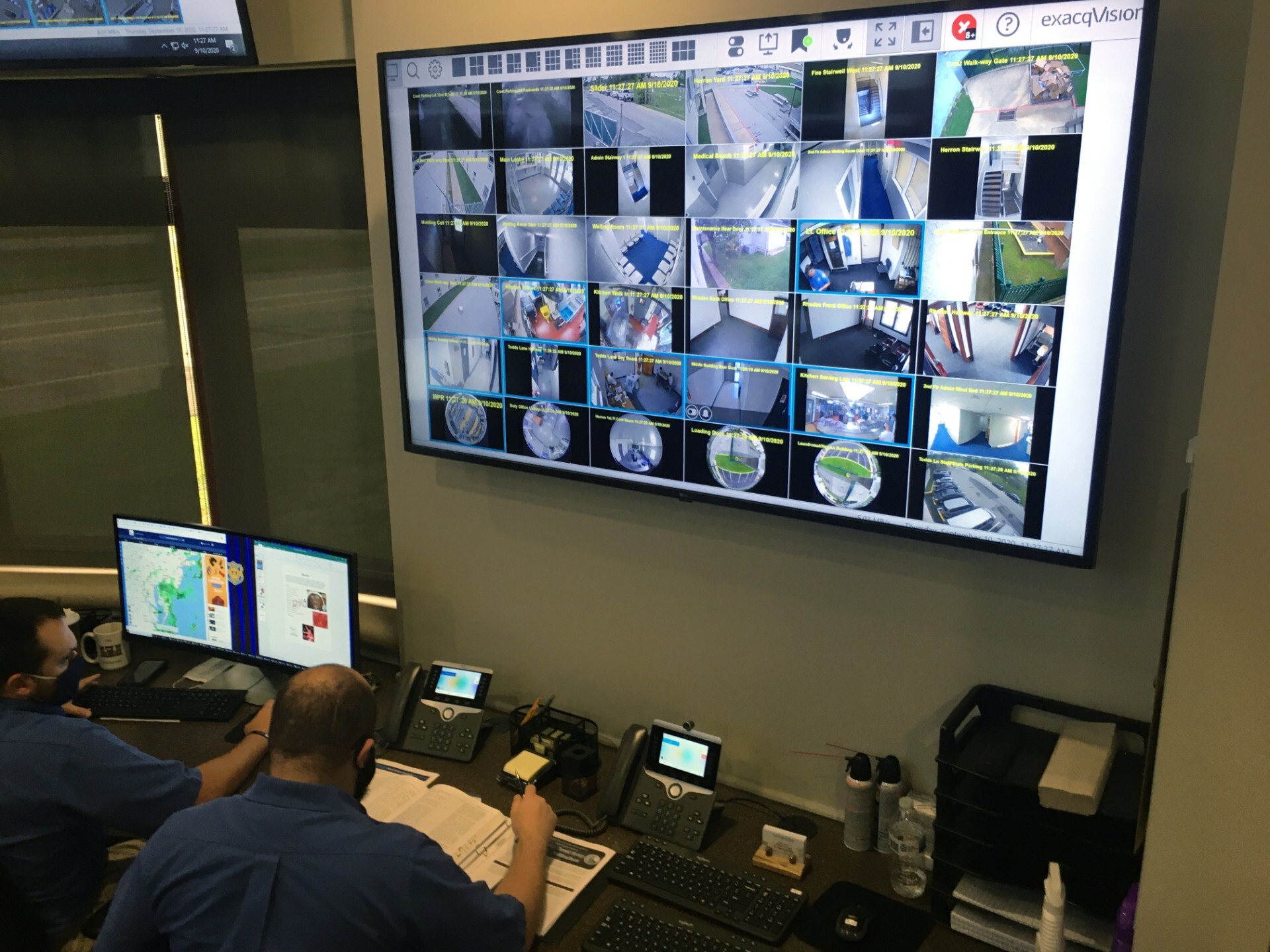 When people incarcerated at Vaughn Correctional Institution took control of Building C at the Smyrna prison in February 2017, prison officials and police couldn’t see what was happening because there were no cameras in that building.

The response was further hindered by a confusion of communication with three separate command posts.

Now, more than three and a half years later, the Dept. of Correction has opened a new intelligence operations center in an effort to fix the shortcomings that hindered the response. Workers at the center have been tasked with stopping another such incident before it happens.

“The correction officers at our institutions and our inmates are safer than they’ve ever been,” said Gov. John Carney after he got a tour of the new operations center. Carney said he was “blown away” with how much the technology and organization has improved compared to 2017.

”We have a greater ability than ever to know what’s going on behind those walls, for people who would do ill to themselves and others, including our state employees who work in those facilities,” he said.

The state spent more than $800,000 to refit a surplus state building in Dover with equipment to display and store video from more than 2,000 cameras located in all the state’s prisons.

Inside the center, a team of analysts work with officers at the prisons to identify areas or people to focus their attention on. If, for instance, officers got a tip about potential contraband being distributed or a group organizing some type of violence, they could ask the analysts to follow specific people via camera. The analysts could also go back and review video as far back as 30 days to see who people have been in contact with.

“If you see a building that’s having more incidents, you can lay a map over that one and see the gang populations,” said warden Dana Metzger, of the system’s ability to track people based on a variety of factors, including gang membership. “We want products for the wardens and the deputy wardens that are easy to look at, easy to read, where they can see focus areas that they might want to concentrate more on.”

If there’s someone not following rules, analysts can also go back through their phone calls to have a better understanding of what’s causing them to act out.

“We can look at inmates and go back in their background and say, ‘they’re having an emotional issue,” Metzger said. “’They’ve got sick kids at home and so he’s under a lot of stress, so you want to pay special attention to him.’”

Some of the areas covered by cameras are also covered by microphones which can listen in to people’s conversations.

In addition to keeping tabs on incarcerated people, the new monitoring effort can also make sure correctional officers are performing their jobs appropriately. Analysts are able to offer “recommendations to the wardens to move certain staffers or get remedial training,” Metzger said.

The intelligence center’s capabilities fill in gaps that were noted in the 2017 independent report into the Vaughn riot, which found there was “fertile ground for chaos and violence,” at the state’s largest prison.

Following that report, Carney appointed Claire DeMatteis as his special assistant at the Delaware Dept. of Correction to implement changes recommended in the report. DeMatteis was named DOC commissioner last year.

She said the opening of this center is a key part of fulfilling the recommendations that came out of the Vaughn report, which will continue to be the department’s roadmap for improvement.

The report found Lt. Steven Floyd warned prison leaders about prisoners who should not be housed together just 12 days before the riot that ended his life.

“The true safety and security value is utilizing this technology proactively and not just reactively,” DeMatteis said. “Officers know their buildings instinctively, they know their institutions. They have an intuitive sense when something is not right, we need to leverage that human intelligence with the tools the governor and the General Assembly have given us to prevent another inmate-led riot.”

DOC is still working to improve the number of vacancies in the department, which the report also identified as a factor that led to the riot. DeMatteis said there are 150 openings right now. She’d like to get that number below 100.