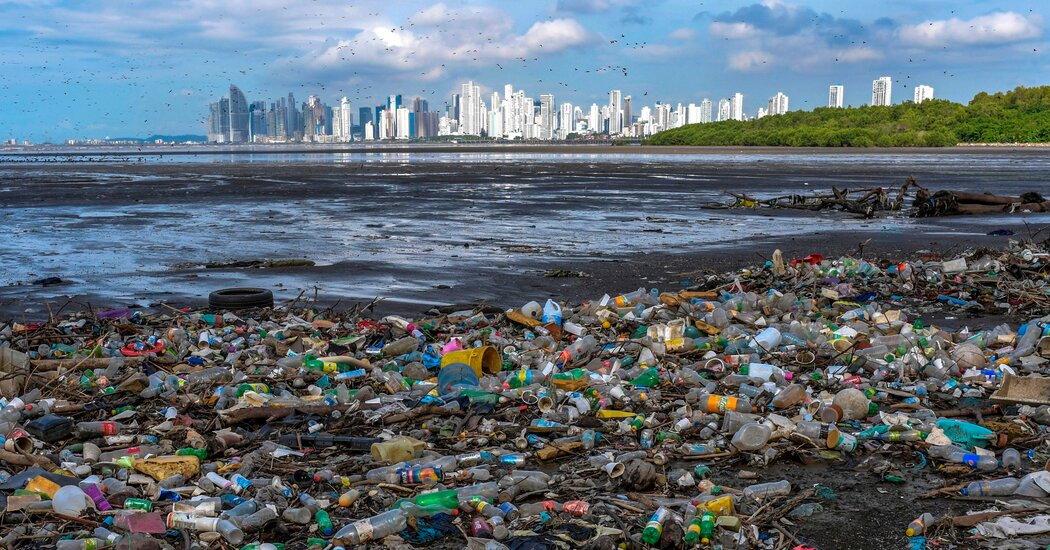 There is more plastic embedded in the sea floor, 9.25 million to 15.87 million tons, than floating on the ocean’s surface, researchers in Australia have found, in what a scientist called the world’s first estimate.

The new study published on Monday by the Commonwealth Scientific and Industrial Research Organization, or C.S.I.R.O., in Australia highlights how humankind’s use of plastics has seeped into the darkest depths of the world’s waters.

The research puts a number on the amount of microplastics that has accumulated in a hidden part of the environment. It is an issue that activists have long warned about even as the fight to clean up the ocean has focused largely on the eradication of single-use plastic products like shopping bags.

“It really points to the ubiquity of the problem. It is really everywhere all the time and increasing,” Britta Denise Hardesty, a principal scientist for C.S.I.R.O. and an author of the study, said in a phone interview on Wednesday.

“You could say that’s a huge amount, or you could say it’s a drop in the bucket compared to how much we dump into the ocean every year, depending on what one’s perspective is,” she said. She added that the aim of the study was merely to measure the problem, and she described it as the first global estimate.

The figures translate to roughly 18 to 24 shopping bags full of small plastic fragments for every foot of coastline on every continent except for Antarctica, Dr. Hardesty said.

Using a robotic submarine, the scientists collected 51 deepwater samples of sand and sediment in the Great Australian Bight in 2017, hundreds of miles from the shore, and determined the global estimate based on the average number and size of the particles.

The study found zero plastic particles in some deep-ocean sediment, but up to 13.6 particles per gram in others, a figure up to 25 times larger than what had been found in earlier deep-sea studies of microplastics.

Dr. Hardesty said that trash was more likely to accumulate in some parts of the ocean than others.

“People think of the oceans as being flat and not having a lot of geology, so to speak, but it’s underwater mountains, caves and valleys, as well,” she said. “So there’s a lot of structure there. Things are going to accumulate or end up in some areas.” She added, “It’s similar to if you go to the beach, you can walk along the beach and see no trash, no trash, no trash, no trash, and all of a sudden you reach this spot and it’s just full of trash.”

Dr. Hardesty said that there was incredible variability in the plastic samples: “You can sample a site a few meters away and find more difference there than you find in a site that is kilometers away.”

The variability allowed the scientists to apply their findings on a larger scale, she added. The scientists said that their estimates were conservative to take into account the full range of samples. They also eliminated fibers or other materials from their count to rule out the potential contamination of the samples.

Scientists believe that 4.4 million to 8.8 million tons of plastic enter the sea every year. The Great Pacific Garbage Patch, a gyre of refuse between California and Hawaii that is estimated to be more than twice the size of Texas, carries over 87,000 tons of trash. In recent years, hundreds of plastic objects have been found in the bellies of dead whales around the world.

Over time, some plastics break down into smaller pieces and sink into the ocean. More buoyant types of plastic do not sink by themselves and either wash up on beaches or end up in deepwater. Microbes and mussel colonies growing on floating plastic often cause the entire mass to sink from the added weight.

Although the study did not research the effects of microplastics — fragments between five millimeters and one micrometer — in deepwater, Dr. Hardesty said that they could be ingested by smaller plankton and fish on the seabed and move up the food chain. Once eaten by fish, they can be consumed by people.

Microplastics are not confined to the ocean; they are also found in air particles and are spread by wind. One study even detected a variety of microplastics in the human gut.

While cities across the world have banned plastic bags and straws, the use of disposable plastic packaging has surged amid the coronavirus pandemic as consumers grow more concerned about hygiene and contamination.

Dr. Hardesty said that it was important to prevent plastic from ending up in the ocean in the first place. C.S.I.R.O. is also involved in efforts to reduce plastic consumption significantly and in improving waste management with new technology to prevent plastic bags and debris from clogging gutters and washing into the ocean during floods.

Dr. Hardesty said that she was hopeful that awareness about plastic pollution would lead to more sustainable policies and shifts in behavior.

“Most of what ends up in oceans are in people’s hand at some point,” she said. “They can see that their behavior — their actions and purchasing power — is very powerful and that can result in change.”