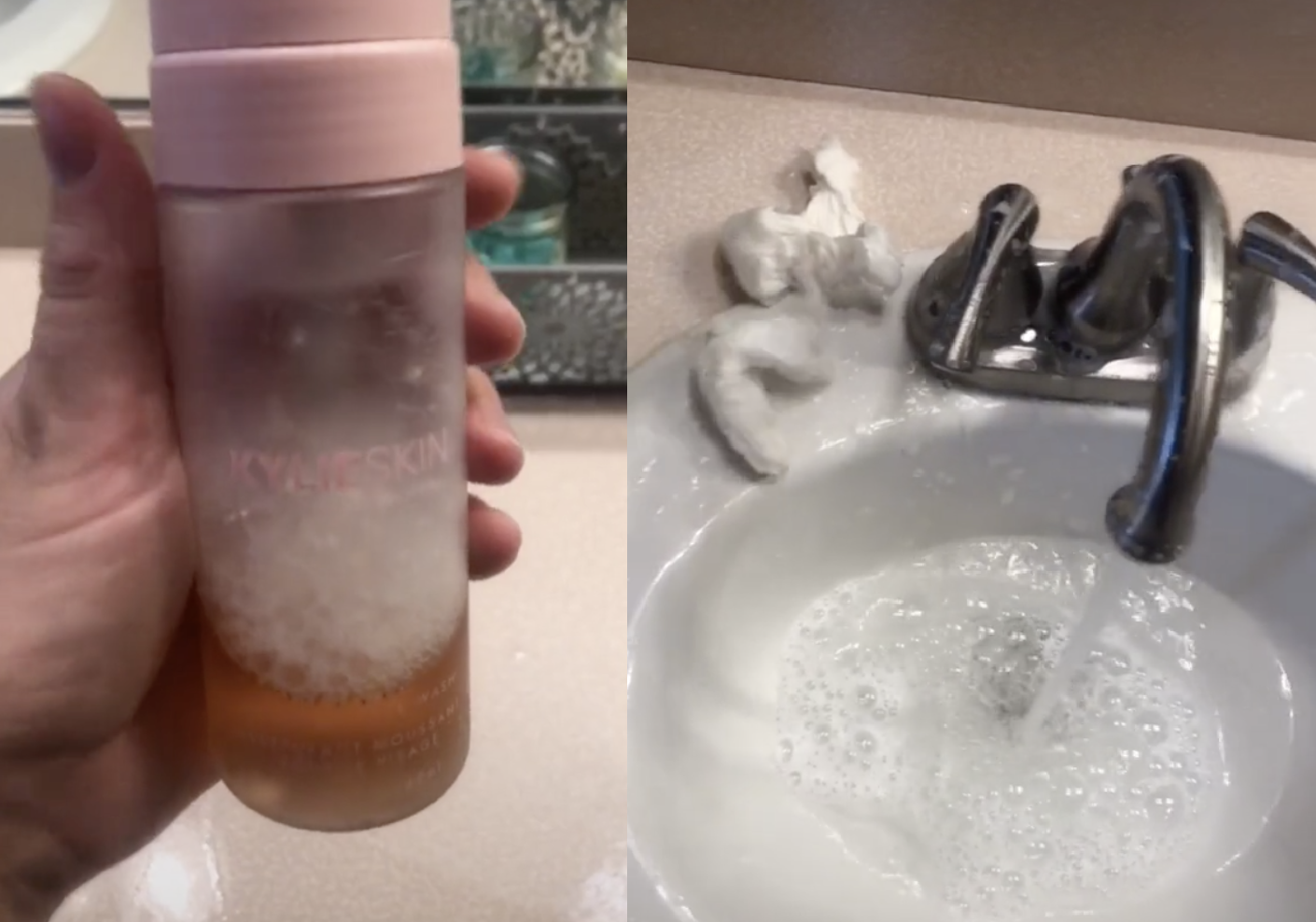 Our team is dedicated to finding and telling you more about the products and deals we love. If you love them too and decide to purchase through the links below, we may receive a commission. Pricing and availability are subject to change.

But, surprisingly, the lofty price tag is not the reason why customers have taken to TikTok to express their dissatisfaction with the product.

READ MORE: This best-selling seat cushion worked absolute wonders for my back pain

The cause for the hate is that the cleanser allegedly turns from clear to a dark rust color within months of purchase, far before the marked expiration date of one year after opening.

Thankfully, some more thrifty social media users have found a way to repurpose their Kylie Skin Foaming Face Wash — it apparently makes one hell of a bathroom cleaner.

A TikTok user named Stephanie shared a video of herself using her browned facial cleanser — which she purchased in October 2019 and wasn’t set to expire until October 2020 — to polish her sink.

In a video that has since been viewed over 289K times, Stephanie amply covers her metal faucet with the foaming cleanser, gently massaging it over the handles. She then lets the product sit for about ten minutes before wiping it off with a paper towel and warm water.

“Look how clean!” Stephanie says in the video. “Oh my gosh, ew, we put that on our faces.”

TikTokers did not seem to be a fan of the product’s double purpose, either.

“And just think what that’s doing to your skin,” added another.

Gross, certainly — but what does the product’s vivid color change mean for consumers and for the safety of the product?

According to Angie Burgs, a chemist and makeup aficionado who uses her science background to review makeup products based on their ingredients, says the browning was likely caused by oxidation or a change in pH.

“Usually, cleansers will last at least a year after opening,” Brown said in a recent YouTube video. “So, I personally don’t think that this product should have started to look like this within a year.”

“Even past the time that the product is probably good, you usually won’t even see these kinds of visible changes,” she added. “Clearly, there is some discoloration, obviously it’s turning yellow. It could be due to oxidation occurring in the product or the product going rancid. Since this does turn from a liquid to a foam, it does seem that the product is exposed to air — this isn’t an airless pump, so it could be oxidizing, much how an apple browns.”

Brown also added that she believes some of the cleanser’s natural ingredients — like the vitamin C in the kiwi oil — may have begun deteriorating and changing color, which may, in turn, impact the pH of the product and could possibly lead to detrimental effects on the skin.

“If there is a change in pH, this can throw off the preservative system, Brown explained. “Preservatives are supposed to be within a very finite window. If they are outside of this window, this can lead to the preservatives not being effective and can [result in] microbial growth, which obviously you don’t want on your face.”

Still, even if the product was fine to use in its rusty form, the color change isn’t the greatest consumer experience. But at least it will leave your faucet looking flawless.

The only 4 products you need in your skincare routine, according to this viral TikTok dermatologist:

If you enjoyed this story, you may want to read about Kylie Jenner’s avocado toast recipe.

More from In The Know:

A group of TikTokers explored an allegedly “haunted” California castle

15 of our favorite retailers that are selling fabric face masks

The post People are using Kylie Jenner skincare products to clean their bathrooms appeared first on In The Know.