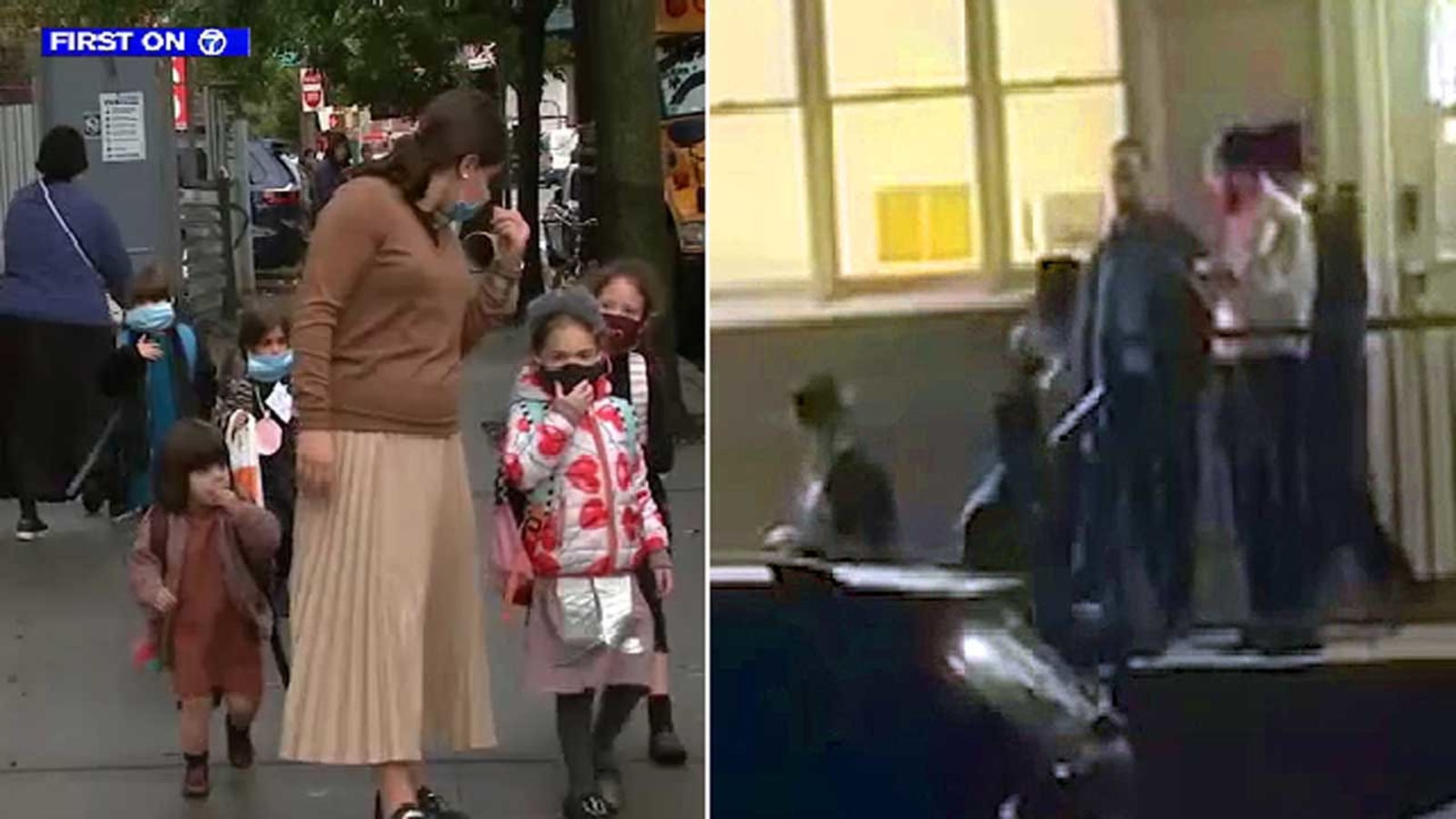 There have been several incidents of people blatantly not following the restrictions in those red zones – and there is fear about what this could mean as work continues to curb the infection rate.

Tuesday night in Bensonhurst, Brooklyn, a crowd was spotted leaving what appeared to be a large indoor gathering.

Many people were seen on camera not wearing masks.

And on the same day that the mayor praised efforts to suppress the coronavirus, Eyewitness News found hundreds of young children being dismissed from a school.

They were herded onto buses Tuesday afternoon, some wearing masks, some not. All of them were attending Bais Yaacov School on 51st Street.

The building is inside the state’s red zone and should have been closed starting last week.

This is happening as the mayor says the infection rates do appear to be leveling off after the city’s test and trace corps flooded Brooklyn.

While Mayor Bill de Blasio praised the declining rates, he had a warning.

“We don’t want to give fines if we don’t have to, but people have to see there are consequences,” he said. “So we’ve had some very powerful enforcement efforts. They are being duly noted in all the communities affected. And hopefully by showing that that is a real possibility, the vast majority of people are never going to get to the point where they need a fine.”

The continued resistance to enforcement measures comes after a mob set masks on fire last week, also beating a photographer and allegedly attacking a journalist.

The city’s test and trace corps has descended on South Brooklyn, determined to track the virus in places where infections had become dangerously high.

Mask wearing has become widespread in neighborhoods where they were virtually non-existent just a few weeks ago.

But with some institutions apparently disregarding the state’s executive order, the infection rate could rise again as public health authorities work to prevent another citywide outbreak.

Centers for Disease Control and Prevention on coronavirus