Could It Help Tech Sector? 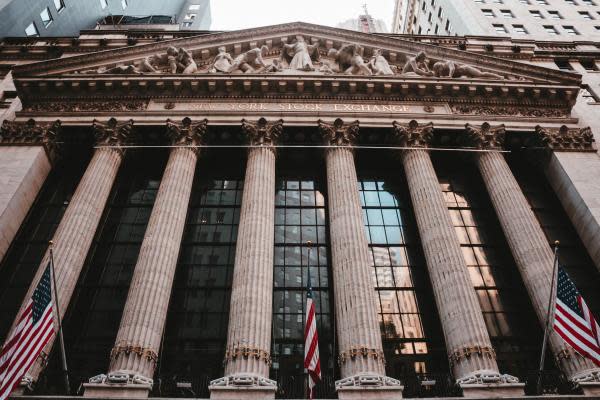 Four out of the last five sessions have ended in the red for the S&P 500 Index (SPX) as investors have been focused on a repricing in tech-related companies after strong gains following the coronavirus selloff.

Oracle Corporation (NYSE: ORCL) was helping give a boost to the Information Technology sector in early going. After the bell yesterday, the business software provider reported quarterly results that beat expectations on its top and bottom lines and issued quarterly guidance that was ahead of forecasts for revenue growth and earnings. The company’s shares were up more than 3.8% in pre-market trading.

Checking In On The Stay-at-Home Trade

CHART OF THE DAY: TECH SUPPORT. For the second time in three days, the Nasdaq 100 Index (NDX) closed on session lows—and right at the 50-day moving average (blue line). Chart watchers might see that as an area of solid support. Early movement in the major indices seem to point to a retention of the 50-day as a support level. But as a reminder of just how far the index has risen, even after the recent selloff, it’s well above its 200-day moving average (purple line). Data source: Nasdaq. Chart source: The thinkorswim® platform from TD Ameritrade. For illustrative purposes only. Past performance does not guarantee future results.

It’s Not a Gas: Although every SPX sector ended in the red yesterday, Energy was a particularly notable loser, falling more than 3.6% when the next biggest decliner was the widely-watched Information Technology sector, which dropped roughly 2.3%. The day’s losses for Energy came as government data showed a surprise rise in weekly crude stockpiles. As if the beaten-up sector needed more bad news, fresh numbers from OPIS, an IHS Markit Ltd (NYSE: INFO) company, showed that the recovery in U.S. gasoline consumption has plateaued. U.S. gasoline sales had improved rapidly from May to early July after the national shutdown, when sales were 50% below prior year levels. But the recovery had begun to sputter, and the latest numbers, out Thursday, show that demand actually fell 1.9% during the last full week of August from the previous week, with the four-week rolling average for the period ending Aug. 29 showing demand 18.2% below prior-year levels.

Photo by Aditya Vyas on Unsplash

© 2020 Benzinga.com. Benzinga does not provide investment advice. All rights reserved.