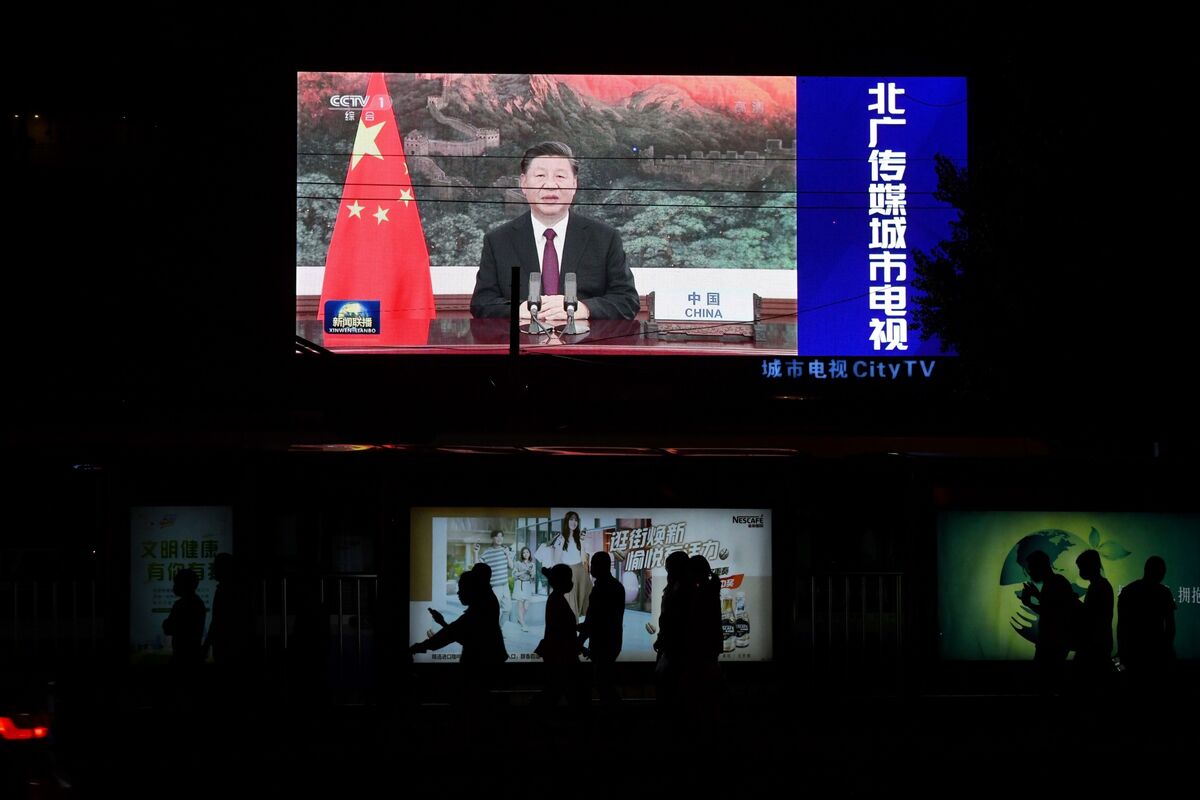 After a week of far-reaching climate promises measured over decades, four of the world’s six largest economies have now proposed ending dates for their carbon emissions.

President Xi Jinping’s surprise announcement at the annual United Nations climate meeting this week committed China to reaching carbon neutrality by 2060. That brings the third-biggest economy by nominal GDP into a loose but vitally important consensus with the second largest (EU), fourth largest (Japan), and fifth largest (California). The end of emissions has been set even if the target dates remain varied—and at least a generation into the future.

Every new country that joins this carbon-neutral group puts more pressure on holdouts to align their policies with global goals. Two of the biggest economies remain outside of the consensus: India, at No. 6, and the national U.S. economy that remains the largest by size and historical contribution to warming.

“We aim to have CO2 emissions peak before 2030 and achieve carbon neutrality before 2060,” Xi declared by video conference on Tuesday at the UN General Assembly, without providing details on what neutrality will mean in practice. But the mere fact of the pledge by China keeps alive the chance that the world may be able to hit the most ambitious target set under the 2015 Paris climate agreement: holding warming below 1.5 degrees Celsius compared to preindustrial levels. Current global average is around 1°C of warming.

“If China’s emissions didn’t go to zero, then 1.5 would not have been an option,” said Glen Peters, research director at the Center for International Climate Research. The fact remains that China, as the world’s biggest emitter and energy consumer currently, exerts enormous pull on the prospects for limiting future warming. And falling short of the 1.5°C target by just half a degree would cost the world $20 trillion by 2100, according to an analysis published in the journal Nature.

For all of the economies now linked in aspirations to end emissions, reaching net zero will mean a fundamental rewiring that accelerates clean-energy investments and dials back fossil fuels. In China’s case, sweeping reforms will have to be carried out across dozens of regions run by local governments that may not share the zeal for reaching the 2060 goal. Beijing has long struggled with implementing grand plans from the center in a continent-sized country of 1.4 billion people. Local officials often have more to gain by appeasing interest groups than listening to the national leaders, especially when those policies could affect local industries such as coal mining.

“Announcing a carbon neutrality target is just the first step on a long road,” wrote analysts from BloombergNEF, in a note detailing the “arduous” and “challenging” route ahead. To reach this goal, China requires new technologies such as carbon-free hydrogen, BNEF concluded, “and it will need to make its economy much more efficient.”

Implementation of long-range goals is going to be a challenge everywhere. California became one of the earliest large economies to set a carbon neutrality goal, resolving two years ago to reach net-zero greenhouse gas emissions by 2045. Recent wildfires that have devastated much of the Western U.S. injected a new level of urgency, and this week California Governor Gavin Newsom issued an executive order banning the sale of new gasoline-fueled cars after 2035.

That decision makes California the first U.S. state to join the U.K., France, Canada and several other nations in putting an end date on the sale of internal combustion engine cars. It also marks a big global shift since California consumes about 1% of global oil production—roughly 1 million barrels per day. Even after years of policy incentives to encourage the sale of zero-emission vehicles, however, less than 8% of cars registered in the state are electric.

Just how California will bring about this 15-year shift away from gasoline cars and what opposition it might face from the federal government remains unspecified, but the state is large enough to be a significant trendsetter for the U.S. as a whole.

There are questions, too, for how the EU will fulfill its proposal to reach net-zero greenhouse gas emissions by 2050 in March, then set out an even more ambitious goal earlier this month to cut its emissions 55% by 2030. The bloc is already behind on an earlier goal to cut emissions 40% compared to 1990 levels by the same end date, so this new benchmark represents a renewed commitment to making deep, drastic changes quickly.

Over the summer, meanwhile, EU heads of state approved the world’s greenest stimulus plan to date, promising to pour more than 500 billion euros ($580 billion) into measures that will help fight global warming. The money will go toward everything from scaling up green hydrogen to making agriculture more sustainable.

The scale of China’s undertaking will be immense, since the nation alone accounted for 28% of the global greenhouse gas total in 2019. Simply reducing the share of fossil fuels in its energy mix from 85% today to less than 25% would require $180 billion of investment each year through 2050, according to Sanford C. Bernstein & Co. Similar investments will be required in everything from electric vehicle production and infrastructure to cleaning up industrial processes such as cement- and steel-making, which require enormous amounts of energy that can only be supplied reliably by fossil fuels right now.

The impact from China’s decisions will be huge. Even if the rest of the world’s nations proceed with their current climate policies, China going carbon neutral by 2060 will lower global-warming projections by as much as 0.3°C. That’s the biggest single reduction ever estimated as the result of a policy change, according to Climate Action Tracker.

Yet even without federal engagement on climate, at the state level leaders like California’s Newsom have moved in the opposite direction to Trump. In states such as Washington and New York there are now net-zero goals, and major U.S.-based companies have also made commitments to zero-out emissions. Even America’s utility behemoths are pledging to go carbon neutral, most recently New Orleans-based Entergy Corp., which did so on Thursday.

“It’s like personal actions but on steroids,” said Noah Kaufman, a research scholar at Columbia University’s Center on Global Energy Policy. “It’s very directionally helpful, but it’ll never be enough if you don’t have the policies to back it up.”

Biden has vowed to restore a national level of policy action, proposing a carbon-free electrical grid by 2035 and net-zero emissions no later than 2050. If Biden rejoins the Paris Agreement, which the U.S. is set to leave on Nov. 4, pressure will grow on other major emitters—most significantly India, the largest besides the U.S. with no stated net-zero target—to make similar commitments.

The UN framework allows developing countries to lower their emissions much later than developed countries, which bear much more of the blame for current atmospheric carbon levels. Though India isn’t ready to set a net-zero emissions goal, it’s shown a willingness to participate in the global conversation on emissions.

India “sees climate change as an area where, to put it simply, it can win points geopolitically,” said Thomas Spencer at the Energy and Resources Institute, a think tank in India. Under Prime Minister Narendra Modi, India has been setting records for low-cost solar installations and become a role model in deploying energy efficiency measures, although it still doesn’t have strong policies in place to electrify transport.

The next major UN climate meeting, set to be held in Glasgow, has already been postponed until 2021. Global leaders have tried to maintain momentum, and U.K. Prime Minister Boris Johnson called on Thursday for a virtual meeting this December to mark the fifth anniversary of the Paris Agreement. It would be the next big moment for countries to strengthen their commitments to reduce emissions.

This week also saw European Commission President Ursula von der Leyen call for the creation of a “high ambition coalition” that would include the EU and China, similar to a group assembled in 2015 to help reach a deal in Paris.

Most of these climate goals are audacious—and entirely voluntary. There’s no guarantee that the promised reductions will come to pass. Still, the non-binding resolution created by the Paris climate agreement has fundamentally changed the conversation on climate action.

“That’s the beauty of the Paris Agreement,” said Spencer. “Part of its strength is its weakness as well. It appeals to so many different sectors, so many different levers of action and just sets the direction. It doesn’t actually say you have to do it.”

Once that direction is set, it often means ratcheting ambition up, not down. The British government is behind on its short-term emissions targets, for instance, and it is now considering bringing forward its ban on the sale of gasoline and diesel cars to 2030.

That means those who assume China’s 2060 target is too late to keep the hope for 1.5°C alive may be in for a surprise. Peters of the Center for International Climate Research suggested it might be only the start: “I don’t think this is the final offer from China, and then they walk away and don’t budge for 40 years.”