Claims of Smoke and Mirrors Levied at Nikola 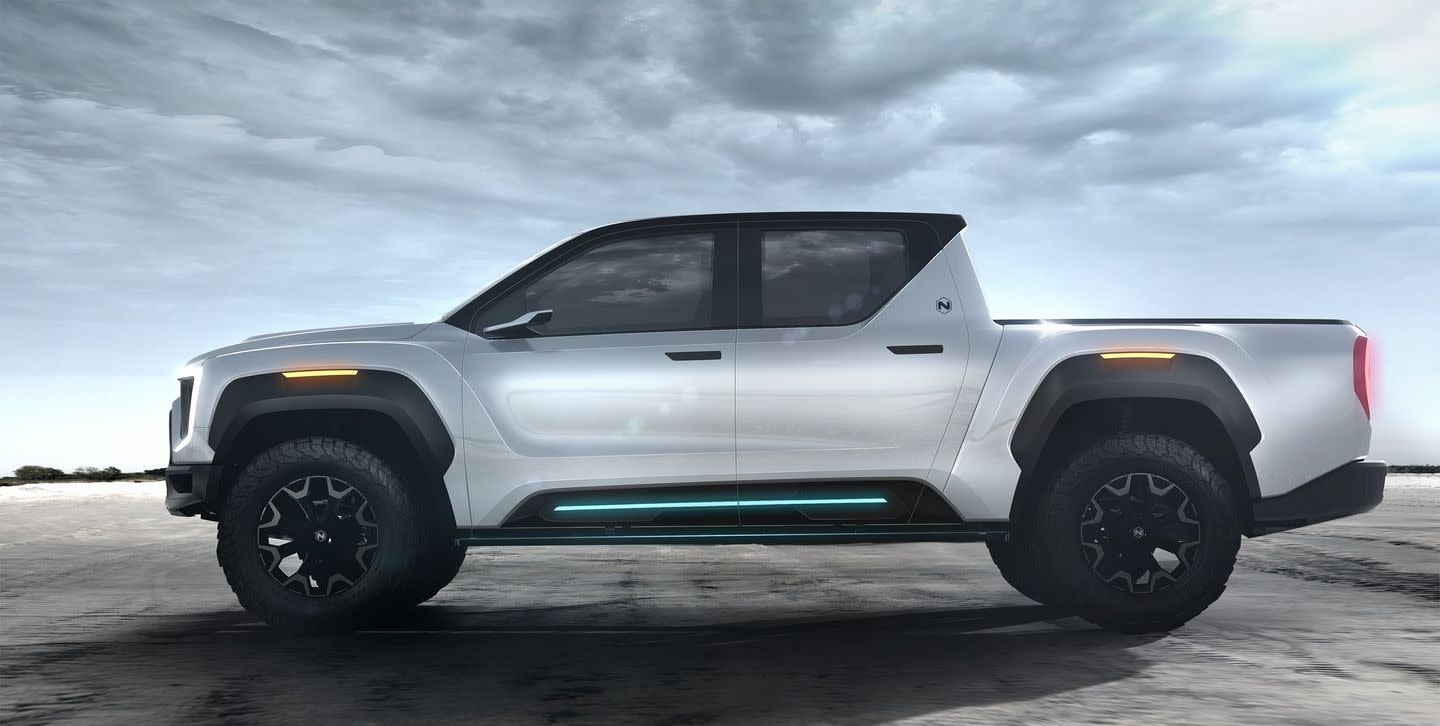 Only days after General Motors and Nikola announced a major strategic partnership, a highly critical report from a short seller of Nikola’s stock is claiming that most of the company’s vaunted technology is smoke and mirrors.

If true, the charges could be hugely embarrassing to General Motors. The company has been trying to gain ground against Tesla and claim some useful momentum for its electrification work—and probably saw a nimble collaboration with a startup as a path to that goal. The GM/Nikola deal was announced September 8. GM will receive a $2 billion equity stake in Nikola and get 11 percent ownership. Nikola will gain access to GM’s hydrogen technology, a more than $1 billion investment by the leading automaker without any significant production commitment to date. GM will also “engineer, validate, homologate and build” the Nikola Badger, a fast pickup truck with both full battery-electric and fuel-cell versions.

Fuel-cell vehicles from major automakers have suffered in the American marketplace because the hydrogen infrastructure is so limited, especially outside California. But Nikola has proposed an elegant solution—for clients with established delivery routes, it proposed to build the trucks and supply the hydrogen fueling stations along those routes. In 2018, Anheuser-Busch put in an order for up to 800 hydrogen-electric semi-trucks from Nikola, and made its first beer deliveries last year.

The lengthy report from Hindenburg Research, which describes itself as a specialist in forensic financial research, was published September 10. It charges that “Nikola is an intricate fraud built on dozens of lies over the course of its founder and executive chairman Trevor Milton’s career….We have never seen this level of deception at a public company, especially of this size.” The report was issued the same day Nikola canceled a previously arranged Autoweek interview with Milton.

Nikola spokeswoman Colleen Robar told Autoweek, “All the supporting evidence and documentation regarding the false allegations has been brought to the attention of the U.S. Securities and Exchange Commission.” Milton tweeted, “Everyone needs to know I’m pissed too. You know me and normally I go straight at the BS and provide evidence like I always have. I have nothing to hide. Zero. Even the simple points I can’t comment on right now. As a leader, you get shit on sometimes and you have to take it and watch as it hurts you and others.” He said the company’s refutation of the charges will be released “as soon as they give me the green light.”

And Nikola said in a statement, “Yesterday, an activist short-seller whose motivation is to manipulate the market and profit from a manufactured decline in our stock price published a so-called ‘report’ replete with misleading information and salacious accusations directed at our founder and executive chairman. To be clear, this was not a research report and it is not accurate. This was a hit job for short sale profit driven by greed. We have nothing to hide and we will refute these allegations. They have already taken up more time and attention than they deserve.”

Asked if the company had validated Nikola’s technology before the deal was signed, GM Senior Communications Manager James Cain told Autoweek, “This alliance isn’t about Nikola technology; it’s about GM technology. GM is supplying our fuel cell (developed with Honda) for the Badger and Nikola’s Class 7 and 8 trucks. For the Badger alone, we are providing our EV truck architecture and Ultium battery technology produced by the GM-LG Chem joint venture. We will engineer, homologate and build the Badger in a GM plant. In exchange, we get shares in Nikola.”

Cain added, “Nothing has changed from GM’s perspective. We are fully confident in the value we will create by working together. We stand by the statements we made in announcing the relationship.”

In that joint announcement, Milton was quoted as calling Nikola “one of the most innovative companies in the world…You couldn’t dream of a better partnership than this.” But the report—from a company that admits it has “taken a short position in shares of Nikola Corp.”—makes a series of strong allegations. It says, among many other things:

In an email, Nate Anderson, founder of Hindenburg, told Autoweek that his company has “an extensive track-record in identifying and exposing fraud,” and chided Nikola for not immediately supplying a detailed response. Nikola said its point-by-point response is forthcoming. “We are pleased that Nikola is engaging with the SEC, and we are not surprised that Trevor Milton is not commenting further on advice of counsel,” Anderson said.

The allegations are explosive, but the source is not impartial.