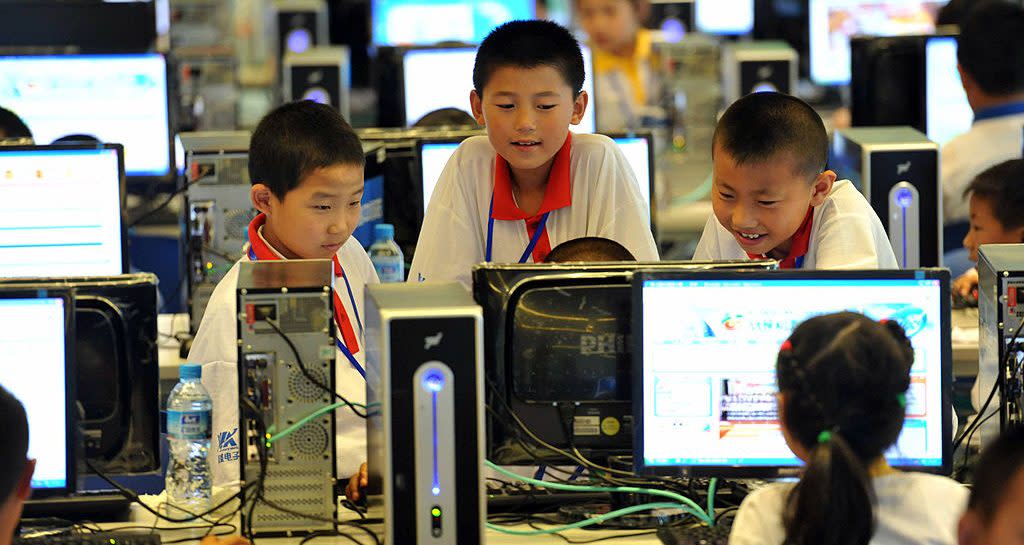 China’s enthusiasm for teaching children to code is facing a new roadblock as organizations and students lose an essential tool: the Scratch programming language developed by the Lifelong Kindergarten Group at the MIT Media Lab.

China-based internet users can no longer access Scratch’s website. Greatfire.org, an organization that monitors internet censorship in China, shows that the website was 100% blocked as early as August 20, while a Scratch user flagged the ban on August 14.

Nearly 60 million children around the world have used Scratch’s visual programming language to make games, animations, stories and the likes. That includes students in China, which is seeing a gold rush to early coding as the country tries to turn its 200 million kids into world-class tech talents.

At last count, 5.65% or 3 million of Scratch’s registered users are based in China, though its reach is greater than the figure suggests as many Chinese developers have built derivatives based on Scratch, an open-source software.

Projects on Scratch contains “a great deal of humiliating, fake, and libelous content about China,” including placing Hong Kong, Macau and Taiwan in a dropdown list of “countries”, a state-run news outlet reported on August 21.

The article added that “any service distributing information in China” must comply with local regulations, and Scratch’s website and user forum had been shut down in the country.

The Scratch editor, which claims coders in every country in the world and is available in more than 50 languages, is downloadable and used offline. That means Chinese users who have installed the software can continue using it for now. It’s unclear whether the restriction will extend to and hamper the software’s future version updates.

The Scratch team cannot be immediately reached for comment. Its ban in China, if proven permanent, will likely drum up support for home-grown replacements.

Indeed, the infiltration of Scratch into the public school system is what had initially alarmed the Chinese authority. An article published August 11 on a youth-focused state outlet blasted:

“Platforms like Scratch have a large number of young Chinese users. That’s exactly why the platform must exercise self-discipline. Allowing the free flow of anti-China and separatist discourse will cause harm to Chinese people’s feelings, cross China’s red line, and poison China’s future generation.”

The article headline captured Beijing’s attitude towards imported technologies, including those that are open-source and meant to be educational and innocuous: An open China is not “xenophobic” but must “detoxify”.

Regardless of the “problematic” user-generated content on Scratch, China will likely encourage more indigenous tech players to grow, as it has done in a sweeping effort to localize semiconductors and even source code hosting.

Outside textbooks, Scratch had found its way into pricey afterschool centers across China. Some companies publicly attribute Scratch’s open-source codes as their foundation while others build lookalikes that claim to be in-house made, several Chinese founders in the industry told TechCrunch.

“Scratch is like the benchmark for kids’ programming software. Most parents learn about Scratch from extracurricular programs, which tend to keep all the web traffic to themselves rather than directing users to Scratch,” said Yi Zhang, founder of Tangiplay, a Shenzhen-based startup teaching children to code through hardware.

Despite Scratch’s popularity in China, competitors of all sizes have cropped up. That includes five-year-old Code Mao, a Shenzhen startup that’s an early and major player in the space — and well-financed by venture capital firms. With its own Kitten language it describes as “more robust than Scratch,” the startup boasts a footprint in 21 countries, over 30 million users, and about 11,000 institutional customers. Internet incumbents NetEase and Tencent have also come up with their own products for young coders.

“If it’s something permanent and if mainstream competitions and schools stop using it, we too will consider stopping using it,” said Zhou, whose startup is also based in Shenzhen, which has nurtured a community of early coding businesses thanks to local upstarts like Code Mao and Makeblock.