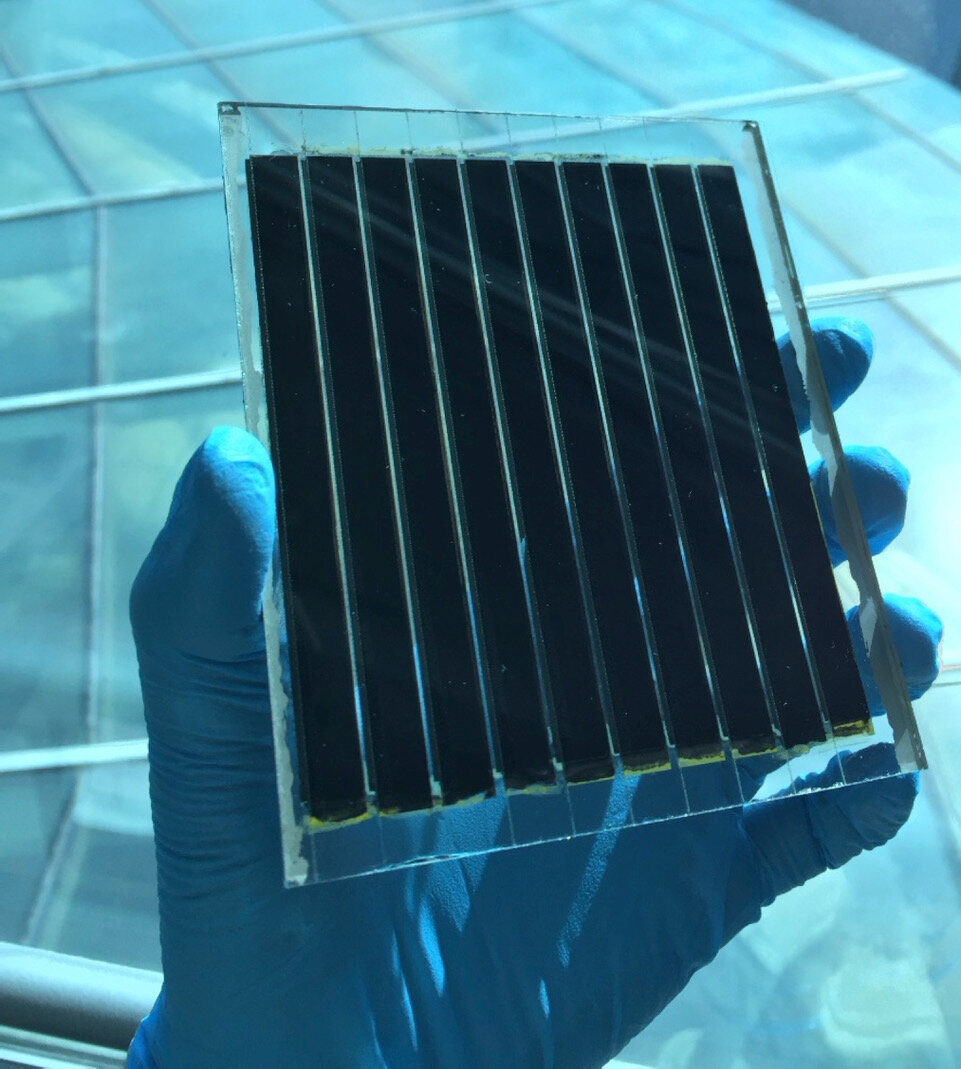 For example, the power-conversion efficiency of perovskite solar cells (PSCs) have increased from 3.8% to 25.5% in only ten years, surpassing other thin-film solar cells—including the market-leading, polycrystalline silicon.

Perovskites are usually made by mixing and layering various materials together on a transparent conducting substrate., which produces thin, lightweight films. The process, known as “chemical deposition,” is sustainable and relatively cost-effective.

But there is a problem. Since 2014, metal halide perovskites have been made by mixing cations or halides with formamidinium (FAPbI3). The reason is that this recipe results in high power-conversion efficiency in perovskite solar cells. But at the same time, the most stable phase of FAPbI3 is photoinactive, meaning that it does not react to light—the opposite of what a solar power harvester ought to do. In addition, solar cells made with FAPbI3 show long-term stability issues.

Now, researchers led by Michael Grätzel and Anders Hafgeldt at EPFL, have developed a deposition method that overcomes the formamidinium issues while maintaining the high conversion of perovskite solar cells. The work has been published in Science.

In the new method, the materials are first treated with a vapor of methylammonium thiocyanate (MASCN) or formamidinium thiocyanate FASCN. This innovative tweak turns the photoinactive FAPbI3 perovskite films to the desired photosensitive ones.

A way to increase structural stability in strained halide perovskites