‘Challenger: The Final Flight’ review: Series details what went wrong, who we lost 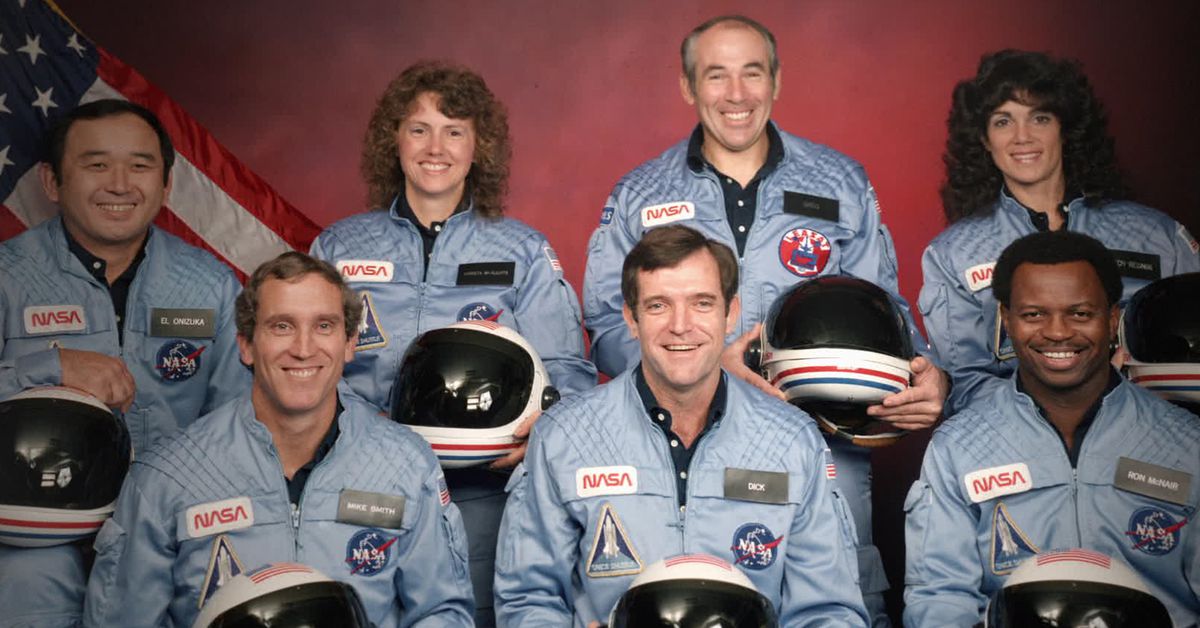 By the time it was announced in the summer of 1985 the space shuttle Challenger would be launching the following January, the American public was well past the point of gathering around the TV set on the morning of liftoff, and the media had relegated coverage of such events to the third item on the evening news or a smallish story on Page 4 of the newspaper. After all, this would be the 25th such mission; what’s new about that?

NASA had an answer: this would be the first flight to feature a civilian: one Christa McAuliffe, a beloved social studies teacher at Concord High School in New Hampshire who was selected from more than 11,000 entrants. NOW there was media and public interest. A sizable television audience (including schoolchildren in assemblies around the country) was watching on the morning of Jan. 28, 1986, when Challenger lifted off from Cape Canaveral, Florida, soared into the cool blue sky — and blew apart 73 seconds into flight.


We’ve seen that newsreel footage of the plume of fire and the white clouds of smoke and the horrified looks on the faces of the observers again and again, and we remember hearing about the failure of the O-ring that caused the explosion. We know this story. But with the four-part Netflix docuseries “Challenger: The Final Flight,” we get perhaps the most comprehensive and humanized version of events yet, featuring rare archival footage; recollections of journalists; thoughtful profiles of each of the seven crew members, and insightful, deeply moving interviews with surviving family as well as some of the principal figures in the launch, including some who are haunted to this day by the series of events leading up to the launch.

“There were people in NASA who said a catastrophe would take place,” says Richard Cook, resource analyst for NASA at the time. “And all of the important players at NASA knew.”

June Scobee Rodgers, widow of Challenger Cmdr. Francis “Dick” Scobee, wonders, “How could they live with themselves for making a decision like that?”

The decision in question involved those infamous O-rings — rubbery gaskets sealing the rocket boosters. Engineers at Morton Thiokol, the Utah-based company that built the shuttle’s solid rocket booster, had expressed deep concern about the O-rings losing flexibility in cold weather, but after numerous weather-related delays, Challenger took off with the ambient air temperature at the Kennedy Space Center just 36 degrees. “Challenger: The Final Flight” doesn’t indict one specific individual as the culprit, but it’s clear officials at NASA neglected to heed some serious warnings — and tried to cover their tracks during subsequent investigations.

But the docuseries isn’t just about newsmagazine-style journalism. We learn the back stories of the crew, which included Judith Resnick, the second woman and first Jewish woman in space; Ellison Onizuka, the first Asian-American in space; Ronald McNair, the second African-American in space; Michael J. Smith and Gregory Jarvis and the aforementioned Cmdr. Scobee, and of course Christa McAuliffe. There are heartbreaking moments reminding us these brave and bold explorers were also lovely, caring, real people. June Scobee Rodgers says when she received confirmation the crew was gone, she went into the closet and wrapped her arms around her husband’s clothes. She then opened Dick’s weather-beaten briefcase: “I saw his astronomy maps and I saw a Valentine card, ‘To My Wife.’

“January the 28th, he was already prepared to come home and give me a Valentine.”