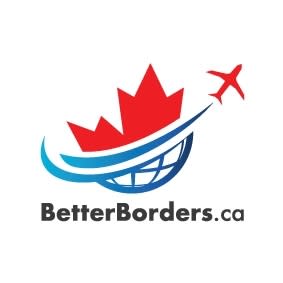 A majority of Canadians support reducing the current 14-day quarantine period for international travelers entering Canada, according to a new poll.

Conducted by EKOS Research and commissioned by Unifor Local 7378 and CUPE Local 4055 — two unions representing approximately 1,500 airline workers — the poll is part of a campaign to encourage the federal government to reduce or eliminate border quarantine requirements prior to the Christmas travel season. The poll is now available on the newly launched website, www.betterborders.ca.

Using a sample size of 1,244 respondents, the national poll asked Canadians if they would support a change to COVID-19 rapid testing at the borders. It found 57 per cent support a reduction or elimination of the 14-day quarantine period with proof of a negative COVID-19 test on arrival. Seven per cent of respondents favour eliminating restrictions entirely.

Support is highest in Alberta with 66 per cent of respondents supporting a reduction or elimination of the 14-day quarantine. Support did not fall below 50 per cent in any of the major provinces or in the ‘Atlantic Bubble’ region.

According to Barret Armann, President of Unifor Local 7378, the government should borrow from international best practices to modify current requirements.

“Rapid testing is the scientific measure that can keep Canadians safe from COVID-19; we’ve seen this demonstrated in places like Germany where testing upon arrival for international travellers is a safe, scientific alternative to quarantine,” said Mr. Armann.

Poll results also show Canadians are willing to pay an airfare surcharge to cover the cost of testing. They believe the federal government has not moved fast enough in approving rapid testing. They say that encouraging air transportation is critical to the successful restart of the economy. Those polled also said travel restrictions have made Canadians want to distance themselves from international visitors to Canada.

Mr. Armann said the unions have been asking the Canadian government for some time to outline its plan for border measures.

The union president said Canadians are ready to embrace change led by the federal government with a clear plan that keeps Canadians safe, is science-driven, and is sustainable. “With such a plan, testing upon arrival could be in place across Canada by Christmas,” said Mr. Armann.