Can Analytics Enable The Safe Return Of Fans To Premier League Stadiums? 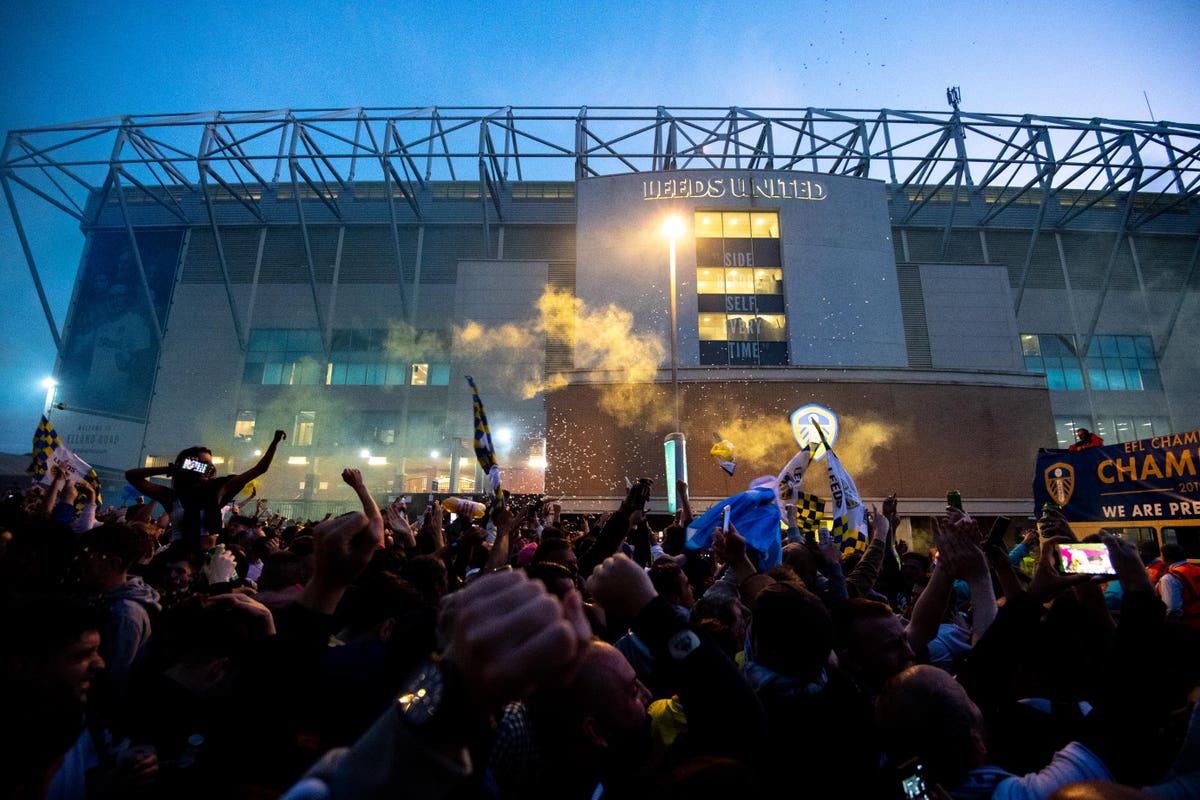 Usually. the first weekend of the Premier League basks in the final rays of sunshine afforded by the unpredictable British summer. But the late end to last season means the first fixtures of the 2020-21 campaign took place on Saturday in the slightly milder climes of early Fall.

That a conclusion for last year was reached at all was a testament to the efforts of the Premier League and its 20 clubs. Liverpool was still crowned champions and relegation was decided on merit rather than points-per-game.

It is hoped that the learnings and experience of ‘Project Restart’ will ensure that this season is less disrupted. Regular testing and Covid-secure stadiums will minimize the risk of transmission during matches and in training.

The successful implementation of these measures offers the best chance of soccer being played until now and May next year. However, for the time being, the only way to watch the Premier League will be on TV. The prospect of fans being allowed into the stadium is still a remote one.

Some sporting events around the U.K. have been allowed to admit spectators as part of a trial program. By allowing a certain percentage of full capacity into the venue, government officials and organizers hope to create guidelines and regulations that allow fans to attend sport safely.

One of the test events was a pre-season friendly between Brighton & Hove Albion and Chelsea at the AmEx Stadium. By all accounts, the trial was a success – as were other pilots at rugby, cricket and snooker.

Reopening stadiums will not only please fans, it will add atmosphere for television broadcasts and generate matchday revenues. However even filling a fraction of a stadium’s full capacity can still mean managing thousands of supporters inside the ground, on the concourse, and in the immediate area.

Artificial Intelligence (AI) could help clubs determine how many fans they can admit into the stadium and how to manage them.

Analytics specialists SAS works with professional soccer clubs to help them maximize their data on and off the pitch and has created a seat optimization platform that provides predictive modeling for venues.

“We got the idea when the Bundesliga said it was returning to action,” Reece Clifford, sports industry advisor at SAS tells me. “Clubs can make revenue decisions based on the findings and have confidence that they can reopen their doors safely. It shows they are taking the matter seriously.”

The effectiveness of the modeling is dependent on the breadth of data that can be provided by the club.

Initially, SAS used static capacity data to generate predictions, but the platform has evolved to handle all types of structured or unstructured data. The biggest challenge, inevitably, is that stadiums aren’t standardized. Despite the proliferation of identikit arenas in the early 2000s, the size of seating blocks differs from club to club and even from one part of a venue to another.

“We can perform an analysis on any stadium,” he adds. “All clubs need to do [to get going] is provide some dimensional data but there are other sources such as ticketing information that we can put into the algorithm.”

Clubs can input whatever they have, whether this static data, real-time data generated by sensors or Wi-Fi networks, or AI-generated information. For example, some parameters – such as season ticket holders or disabled eating – are constants whereas other information can be more variable. If a club has real-time sources of data to use then the algorithm can adapt on the go as it only takes a few minutes to run.

The platform also takes into account the differing legal requirements of each country to produce a model that informs clubs and their seating policies.

“It’s about working with the clubs,” continues Clifford. “It’s not that one approach is better than the others, it’s about using data to you have available to make the right decisions. The algorithm is the algorithm and we can take data from any source.

“If clubs have data about public transport, then we have partners or in-house consulting teams that can help with that. Or clubs can use their own data scientists. We’re providing them with a blueprint and they can customize it.”

Once a model has been generated, SAS works with the club to create a matchday plan that controls elements like phased entries and exits, traffic flow and toilet management. Questions about whether these rules will be enforced by a steward or through automation will be answered. For example, Tottenham Hotspur Stadium has smart signage that could be used.

Soccer clubs are increasingly data-driven organizations, with technology used to make performance and operations more effective. Clifford himself used to work in the sports science teams at Wycombe Wanders and Charlton Athletic.

If analytics can be used to get fans back in stadiums, then there is a good chance soccer clubs will use it.

However, there is one major barrier to overcome – the spread of Coronavirus in wider society. It had been hoped that limited numbers of spectators would be allowed into British soccer grounds in October.

However, the U.K. government has said the plans are now under review following the reintroduction of limits on gatherings earlier this week. It has also said that any pilot program would be limited to 1,000 fans. This is significantly lower than the earlier tests and lower than capacities permitted at soccer grounds elsewhere in Europe.

The Premier League has said there is no reason to delay the return of fans and that such a low number of spectators would not allow clubs to adequately to test safety measures and would actually be loss-making ventures. The EFL, where clubs have smaller stadiums, sees such a low capacity as less of an issue.