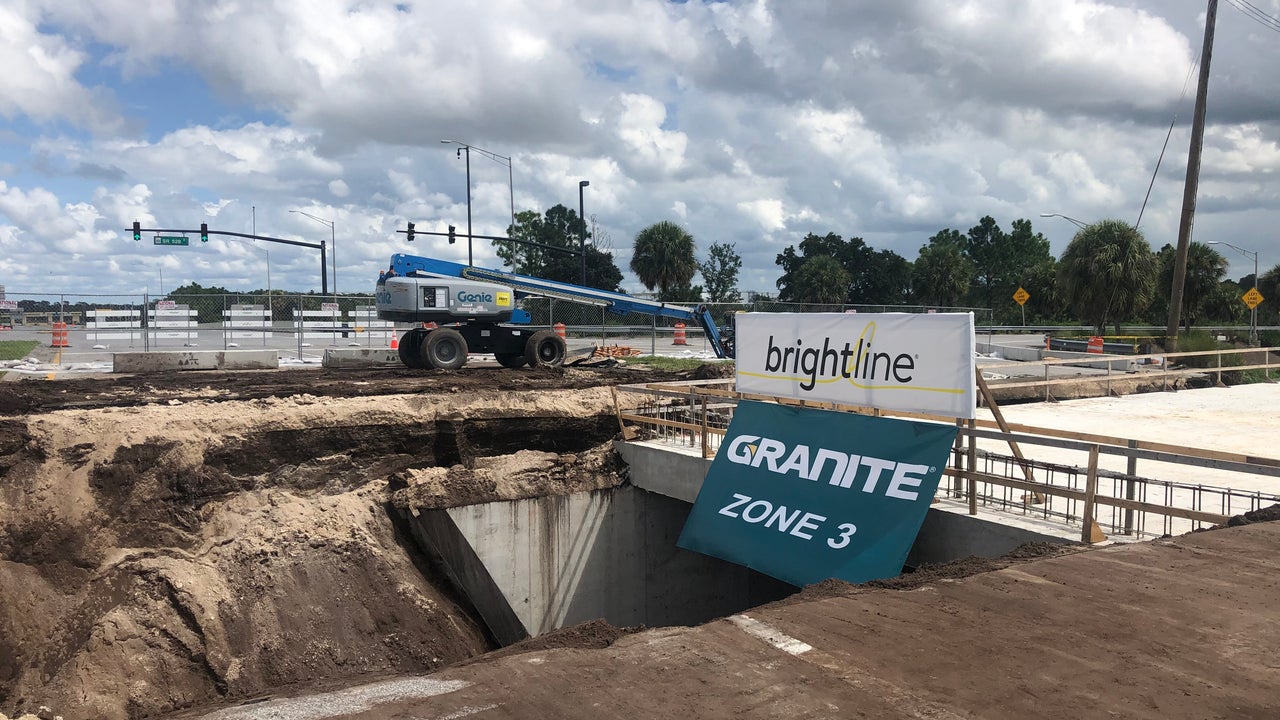 Brightline is using cutting-edge technology to build tunnels near Orlando International Airport for the high-speed trains. What would have taken a year to construct will now take just days.

ORLANDO, Fla. – Construction on the Brightline train track is just over a year in and on Thursday we got a first look at a revolutionary way tunnels are being built. It’s all to make life easier for Central Florida drivers.

“It’s very exciting that Brightline is in on the ground floor of introducing this technology to North America,” said Scott Gammon, Senior Vice President of Construction for Brightline.

Brightline is building train tunnels along State Road 528 using a technique that’s brand new to the United States. The first is located under Goldenrod Road, near the Orlando International Airport.

“It’s a revolutionary process that’s being applied here to save quite a lot of time to put this structure in place,” said Gammon.

It’s called “box-jacking.” The tunnel is built outside in open space, then slowly pushed into place using hydraulic jacks, rather than being built under the roadway and shutting it down for an extended period of time.

The company that designed the technology is Petrucco, from Italy. Granite Construction is doing much of the work on the site.

“Had we built this the conventionally, there would have been barrels and cones and shifted traffic configurations for a period of about a year,” said Gammon.

This technique builds the tunnel in just 12 days — that means a two-week road closure, instead of a year.

“All of that time that it takes to construct the box would be time that we’re interrupting traffic,” said Gammon.

The next tunnel will be built under 528 in Cocoa early next year.

“[State Road] 528 has higher traffic counts, than Goldenrod, as you might imagine, so on 528, instead of doing the whole thing in one closure, we’ll be doing it half at a time,” said Gammon.

One month of closures versus a year. Imagine the Beachline being closed for a whole year? No, thank you!

Brightline’s connection from South to Central Florida is on track to completion late 2022.