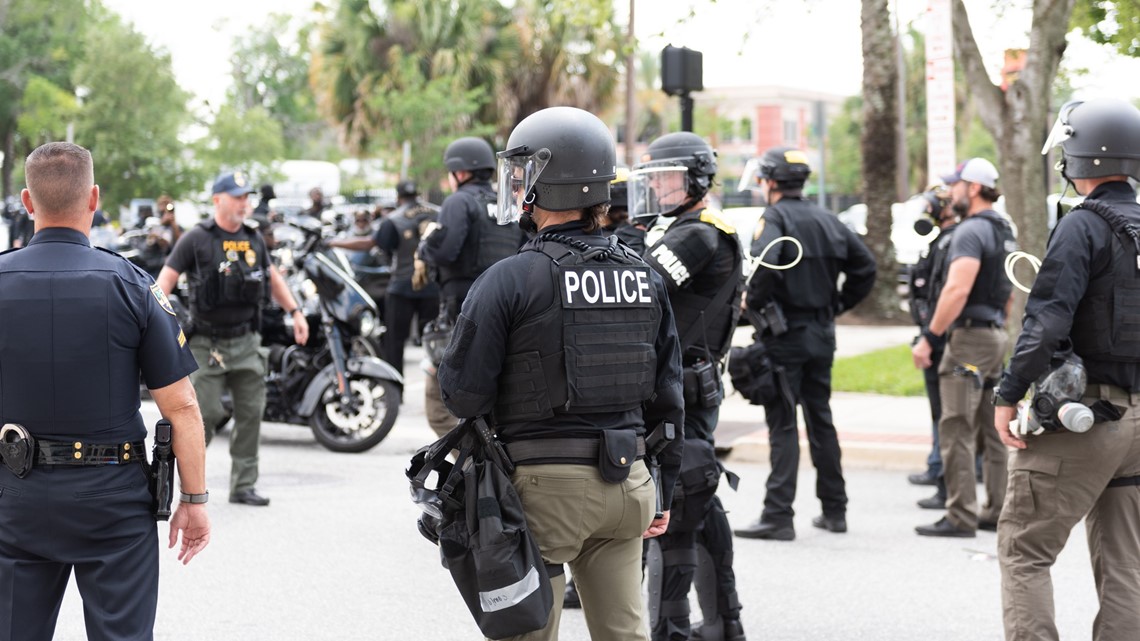 On May 30 and 31, the Jacksonville Sheriff’s Office arrested dozens of protesters, charging them with unlawful assembly and holding them in jail overnight.

This comes after a summer of public pressure for more transparency from the Jacksonville Sheriff’s Office, and footage for 14 officer-involved shootings was made public by the State Attorney’s Office over the past few weeks.

On May 30 and 31, the JSO arrested dozens of protesters —  charging them with unlawful assembly and holding them in jail overnight.

Although, there was some violence on the first day, many of those arrested said they were peacefully protesting when they were taken into custody —  and the videos appear to bear that out.

Ultimately, local prosecutors chose not to prosecute 63 out of the 66 cases. The state reviewed the videos from both days and determined “there is not a reasonable possibility of conviction” in those cases.

However, even after the State Attorney’s Office released hours of body-worn camera footage Tuesday, Frazier expressed frustration about the delay.

“I think [JSO and the state] are still doing a slow drag. They’re still beating around the mulberry bush when it comes down to releasing his body cam video of police interaction with the public,” he explained.

Although, he thinks such video should be released faster, Frazier believes this can help foster more trust and accountability between officers and the community, and retired Jacksonville Sheriff’s Office Detective Kim Varner agrees.

“Video doesn’t lie. It holds everybody accountable – not just the officer, not just the citizen but it holds both parties accountable,” Varner said. “When you have accountability, it’s hard to argue. That within itself will help bring the community closer together.”

Hours of body-worn camera footage was released today from the first two days of Jacksonville protests following the police killing of George Floyd.

JSO arrested dozens of protesters for unlawful assembly, but local prosecutors chose not to prosecute majority of the cases. pic.twitter.com/RaWBqxlhLl