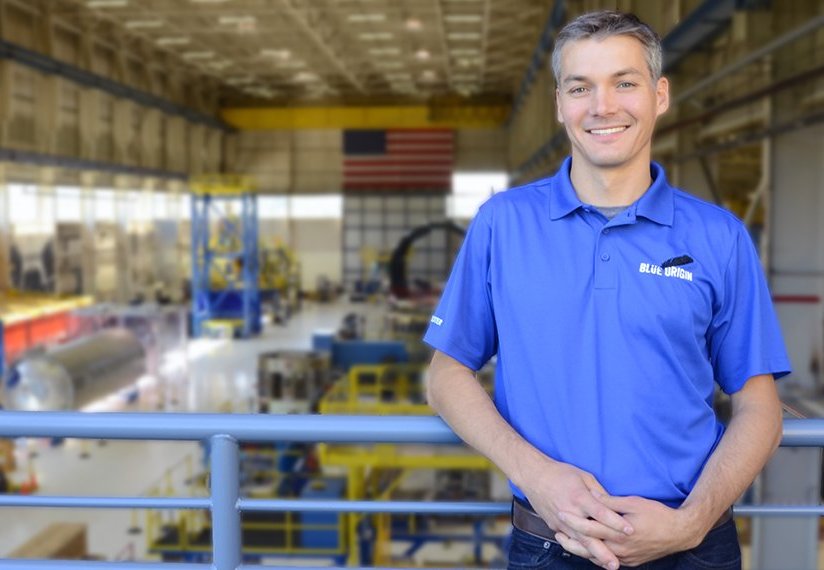 Amazon CEO Jeff Bezos’ Blue Origin space venture turned 20 years old this week — and although the privately held company hasn’t yet put people into space, or put a rocket into orbit, it has spawned a new generation of space startups.

One of those startups, Relativity Space, pulled up stakes in Seattle early on and moved to Southern California. Now it’s making a multimillion-dollar splash and putting the pieces in place for the first launch of its Terran rocket from Florida.

Relativity is also going through a leadership transition: Jordan Noone, the venture’s co-founder and chief technology officer, announced today on Twitter that he’ll step back and become an executive adviser “in preparation for starting my next venture.” Relativity’s other co-founder, Blue Origin veteran Tim Ellis, will stay on as CEO.

Other startups are in semi-stealth mode. Here are three notable Seattle-area ventures with Blue Origin connections:

Incorporated last October in Renton. Stoke’s co-founders are CEO Andrew Lapsa, who was responsible for all aspects of development and operation for Blue Origin’s hydrogen-fueled BE-3 and BE-3U engines; and Thomas Feldman, an engineer who played a key role in designing components for the more powerful BE-4 engine, fueled by liquefied natural gas.

Stoke’s website says the company is “building technology to seamlessly connect Earth and orbit.” In May, the company won a $225,000 SBIR Phase I grant from the National Science Foundation to work on an integrated propulsion solution for reusable rocket upper stages.

Stoke says it’ll use the NSF funding “to develop new technology enabling space launch vehicles to re-enter the atmosphere and land propulsively at a target destination for reuse.” SpaceX’s Falcon rockets and Blue Origin’s yet-to-be-built New Glenn rocket are designed with first-stage reusability in mind. Stoke is looking ahead to the next giant leap in reusable rockets.

In addition to Lapsa and Feldman, LinkedIn lists three other Stoke employees with Blue Origin experience. And they have  job openings for a lead system architect and a “Superhuman.”

Incorporated in February in Maple Valley. Reach’s website is still password-protected, but LinkedIn lists Mike Krene, former senior propulsion engineer at Blue Origin, as founder and CEO. Krene spent a decade at Blue Origin, and before that, he dealt with propulsion systems at SpaceX and Pratt & Whitney.

The venture says it aims to “accelerate the time and reduce the cost for new launch startups to get to commercial viability, thereby growing the overall launch market.”

The company says it has between two and 10 employees, including “leading engineers with experience across many flight and development rocket engine systems.”

Starfish says it’s a venture-backed startup but has not yet revealed details about its investors or investments. It’s working on an “on-demand, in-space transportation service,” including a space tug that could be used to relocate, deorbit or extend the life of satellites. It’s also developing the software to support rendezvous and proximity operations — with an emphasis on electric propulsion.

Four years ago, Jeff Bezos told me his goal for Blue Origin was to build the “heavy-lifting infrastructure” for a wider space industry ecosystem, just as the U.S. Postal Service, UPS and the internet furnished the infrastructure that got Amazon off the ground. Now it looks as if Blue Origin is providing a seedbed for that ecosystem, even before the company has fully occupied its own niche in the marketplace.

This report was first published on Cosmic Log. Hat tip to Isaac Alexander.