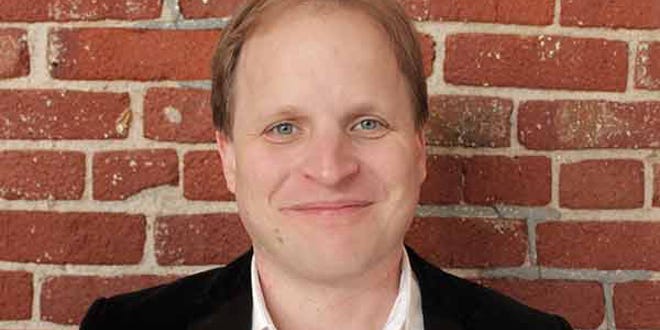 Back in January, $100 million startup BRD rolled out an enterprise developer platform to allow big companies like Deloitte, KPMG, and Fidelity to use blockchain technology to securely move and store information, and it’s now announcing new partnerships with major crypto-security companies to make those tools more robust.

The developer platform, called Blockset, makes it easy for companies to call on its application programming interface (API) to use blockchain technology for things like securing title registrations on a house or transferring funds. BRD’s new partnerships with CipherTrace, Unbound Tech, Elliptic, and Chainalysis will allow customers to integrate anti-money laundering technology and maintain regulatory compliance through actions like checking for — and reporting — suspicious activity.

BRD CEO Adam Traidman told Business Insider that its customers will be able to use Blockset to build blockchain tools that it can then offer their own clients: “We want to be the underpinnings of the technology that they use to deliver,” he said.

There’s a number of reasons why enterprise companies might want to deploy blockchain initiatives. Firms can use blockchain to share medical information securely, send and receive money transfers, or track original art and music to make sure copyright isn’t being infringed upon. It could even be used to prevent voter fraud: The USPS filed for a patent on voting technology using blockchain that would allow citizens to cast their votes through an online portal back in August.

KPMG, for instance, is using BRD’s Blockset tools to build a product called Chain Fusion that it offers to financial institutions to help them manage cryptocurrencies, including through fraud mitigation. Using BRD’s tools, firms like KPMG can get the benefits of blockchain without having to hire domain experts and start from scratch, while these kinds of partnerships also help normalize the use of blockchain and cryptocurrencies in general.

“You trust system integrators and auditors — companies like KPMG —more than you trust Silicon Valley startup companies in the crypto space,” Traidman said.

More people and companies are interested in adopting blockchain

BRD has gone through many shifts in its five-year history.

It launched the first Bitcoin wallet in the App Store back in 2014, when it was called Breadwallet, and eventually broadened its scope to offer a support of other cryptocurrencies like Ethereum, Ripple, and more. That wallet now has 6 million customers worldwide and 550,000 monthly active users.

The company also rebranded itself: First from Breadwallet to Bread, and then to BRD in 2018, all while raising a grand-total of $54.8 million at a $100 million valuation.

It’s latest product launch, Blockset, actually came about on accident. SBI Group — BRD’s largest investor and Japan’s largest online broker — saw the back-end infrastructure of BRD’s consumer-facing cryptocurrency wallet and wanted to use it to create specific applications for its own company.

“They paid us to productize what was our consumer business into a great enterprise product,” Traidman said.

Less than six months after the launch, some big news aligned with the firm’s own goal of legitimizing blockchain and cryptocurrencies.

The US Office of the Comptroller of the Currency announced in July it would let all US banks offer cryptocurrency services, like storing private keys, digital wallets, or other private assets.

“To me, that was a huge turning point in the industry,” Traidman said about the announcement.

Without centuries of history behind it, coupled with a recent high-profile bitcoin scam on Twitter and unpredictable fluctuations in the market that can be spurred by TikTok challenges, cryptocurrencies make many people apprehensive.

But Traidman said that building trust with big players in the finance industry is part of his goal of giving more customers to access cryptocurrency tools.

“You’ve got to work with trusted brands like KPMG to build a bridge so that the traditional financial institutions start to get comfortable with it,” he said.

Companies pay for Blockset monthly, and the BRD charges a fraction of a penny for each API call. Over a thousand developers have signed up for Blockset since January, hundreds of companies use its freemium model and about a half a dozen companies – from banks to insurance companies to global accounting agencies – pay to utilize the API in their infrastructure. Dozens more are rolling out projects by the end of the year, not all to do with banking, Traidman said: “It makes me really excited because it means that we can enable a lot more than just finance.”