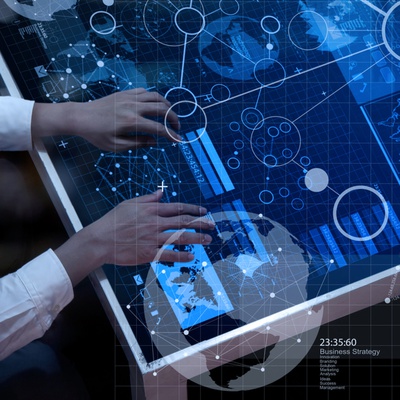 Commerce Department and Federal Trade Commission-led studies diving deep into America’s pursuit, use and governance of multiple emerging technologies—and resulting in tips for national strategies to advance each and secure supply chains—would be required under a bipartisan bill introduced Friday.

The American Competitiveness on More Productive Emerging Tech Economy, or COMPETE Act, set forth by Reps. Cathy McMorris Rodgers, R-Wash., and Bobby Rush, D-Ill., is a legislative package of several other previously-introduced bills focused on boosting Congress’ grasp of the tech landscape.

Such tech has “expanded the horizons of humankind, drastically changing the way we exchange information and interact with the world around us,” Rush said in a statement, adding that, “as these technologies develop and become more prolific, it is imperative that the U.S. take the lead in appreciating both the benefits and risks associated with [them], and ensure that we remain competitive on the world stage.”

Referred to the House Committee on Energy and Commerce upon introduction, the 36-page bill incorporates the Advancing Blockchain Act, initially introduced by Rep. Brett Guthrie, R-Ky., the Advancing Quantum Computing Act from Rep. Morgan Griffith, R-Va., and almost 10 other pieces of previously put forward legislation calling for research into contemporary technologies’ impact on commerce and society. The bill calls for year-long, agency-led investigations into each of the listed burgeoning technological industries and areas—with explicit instructions for the type of information the agencies would need to report back to Congress. The work would entail developing lists of public-private partnerships promoting the various tech’s adoption, exploring standards and policies implemented by those tapping into each, identifying near- and long-term risks among supply chains, pinpointing tech industry impacts on the U.S. economy and much more.

“Studies are studies and from a Congressional standpoint they are generally used to inform oversight and legislative activity. That’s likely the case here,” Mike Hettinger, founder of Hettinger Strategy Group and former House Oversight Committee staffer told Nextgov Tuesday.  “On [its] face, the bill is not going to change any existing policy related to any of the areas on which it is focused. That said, the more we know, the better off we will be.”

Agencies involved in producing the reports would also need to craft recommendations for policies and legislation that would “advance the expeditious adoption” of the said technologies, according to the act.

Hettinger noted that the bill could signal that the participating lawmakers are “teeing up potential legislative action.”

“That’s the thing to watch because for the most part when you have emerging technology you want to be very careful not to over-regulate it in a way that would hinder innovation,” he said, noting that “what we need more than anything in these areas” is continued robust federal investment in related research and development.

“You hope that by studying these areas in-depth first, you’ll avoid any knee-jerk regulation that could harm innovation,” he added.

On top of honing in on each specific emerging technology, the bill also includes a section that Hettinger said he’s “particularly intrigued by,” which is the full text of what was originally introduced as the Countering Online Harms Act. In the COMPETE Act, the portion mandates a study to “consider whether and how artificial intelligence may be used to identify, remove, or take any other appropriate action necessary to address” online harms, like manipulated content such as deepfakes used to mislead people, disinformation campaigns, fraudulent content intended to scam—and beyond.

“The issue of deceptive content and deepfakes is front and center today as the 2020 election moves into full swing,” Hettinger said. “Being able to identify what content is authentic and what has been manipulated is increasingly critical for protecting the integrity of our electoral process.”

The bills included in the legislative bundle were put forth prior by several other lawmakers—all of whom contributed to what Hettinger suggested marks a “unique approach.” He pointed out that outside of the Smart IoT Act, most pieces of legislation included in COMPETE were formerly introduced on the same date this summer—May 19—and their language is strikingly similar, at times nearly identical.

“This suggests to me that this was a coordinated approach from the outset, and part of an ‘innovation agenda,’” Hettinger said. “I don’t know the behind the scenes posturing that’s going on, but we do expect to see a lot of legislative activity between now and the end of the year so I assume the plan is to try and pass this combined package in the House before Congress adjourns for the year.”