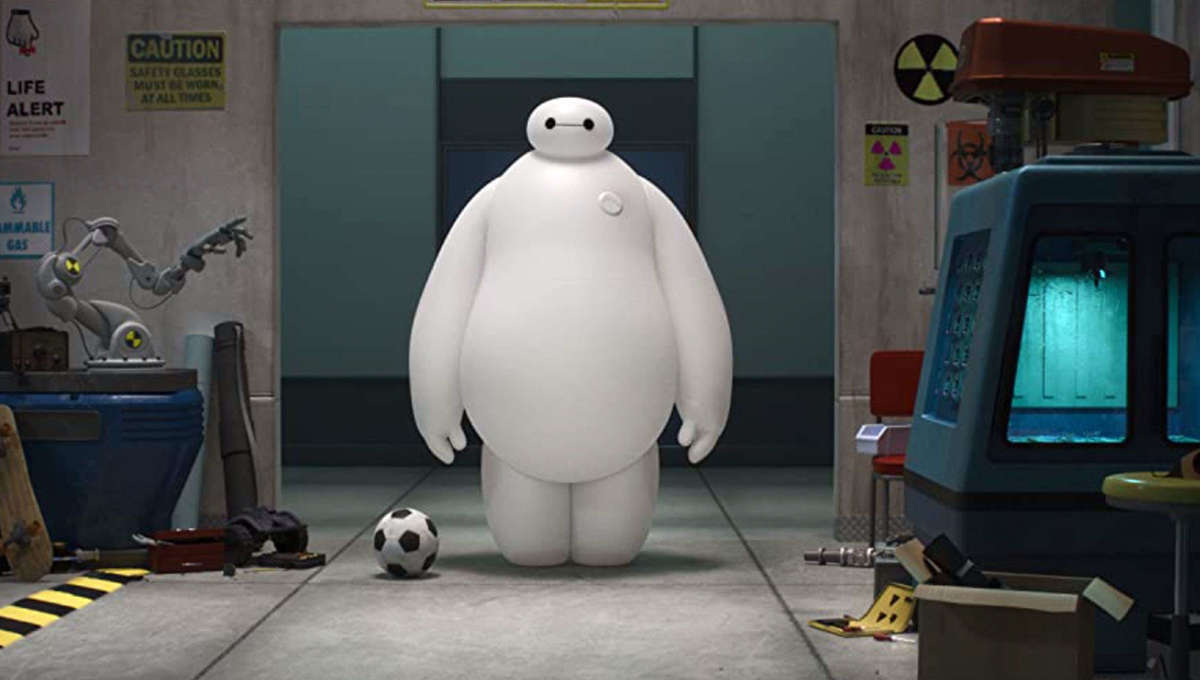 More and more robo-tech is evolving in an ironic turn that goes against many of the cold metal worlds in science fiction, where flesh has been taken over by machine. Maybe the most unexpected biomimetic — literally mimicking biological creatures — technology is a robot battery that stores energy like fat.

Sorry, Baymax, but robots will actually lose weight with a new “fat battery” (tech throughout history has often shed bulk with each upgrade). University of Michigan professor Nicholas Kotov — a professor of chemical engineering, materials science and engineering, and macromolecular science and engineering — has developed a zinc battery that could really level up the function of everything from nurse and server droids to delivery drones to micro- and nanobots. Smaller but much more energy-dense than the typical lithium ion battery, it can power a robot just as biological fat reserves can keep us going.

“Such multifunctional batteries require mechanical strength, toughness, and stiffness. They should also be resilient against delamination,” Kotov, who recently co-authored a study published in Science Robotics, told SYFY WIRE. “Combining high-energy density with new mechanical properties was made possible by designing new material for an ion-conducting membrane separating cathode and anode. This is how the batteries acquire these mechanical properties. The membrane between them was also designed with inspiration from biology; its nanofibrous structure is nearly identical to cartilage.”

Kotov and his team demonstrated the power of these batteries (below) by creating a worm that resembles a robo-maggot and an epic scorpion that could possibly take down Scorponok in a Transformers death match.

Lithium ion batteries have nothing on these. Hydroxide ions passed on by a zinc electrode at the cathode (positive end) travel through that artificial cartilage to reach the anode (negative end) and transfer to the next battery. They are inflammable, unlike the electrolytes that can catch fire in lithium ion batteries. Aramid nanofibers in the cartilage are extraordinarily tough and can actually be upcycled from used body armor, while the gel component of it is water-based. Never mind that the battery itself is mostly nontoxic and costs much less to manufacture than that lithium ion one in your smartphone.

Kotov heads a lab with a focus on developing biomimetic nanostructures, and his research team wanted to figure out a more efficient way of storing energy in robots. Bots can be held back by the weight, cost, and overall restrictiveness of the usual batteries. Living organisms store energy very differently from batteries. Humans and other creatures have fat cells distributed all over the body, holding on to reserves of lipids that are burned when there is not enough energy intake to sustain them. There is no fat storage sac, which is basically what a battery is to a robot. The biomorphic batteries developed in Kotov’s lab translate biology into technology.

Fat gets too much of a negative rap. Besides being an instant energy reserve, it protects internal organs, influences hormone and stem cell production, and functions as built-in thermal insulation.

“These biological concepts can be put in the foundation of the batteries for robots,” said Kotov. “This is exactly what we have done in this project. We distributed the batteries over the entire body of the robot and made them multifunctional. Besides storing energy, our batteries also protect robot ‘organs.’”

The only downside of the battery is that it can only keep up high capacity for about 100 cycles, compared to a lithium ion battery’s average of 500. Zinc is the culprit because it ends up forming spikes that mean doom for the artificial cartilage membrane and the life of the battery. At least there should be no problem recycling and replacing the materials. Eventually, “fat batteries” could replace the entire exterior of a robot for an unreal 72 times more power capacity than one lithium ion battery. But would that impact the size of a robot? And with that, where it would be able to go and what tasks it would be capable of? Not according to Kotov.

“Robots with biomorphic fat-like batteries do not need to be enormous,” he said. “In fact they are slimmer, lighter, and more agile than the original ones because we removed the bulky cumbersome part. The potential drawback is that this energy storage becomes more complex, but is the tradeoff for greater efficiency and range.”

So these robots are more likely to deliver your pizza than eat it, and they won’t even let it get cold.